The Promise of Cyborganic Beings

In this essay, scientists from Spain and Denmark delve into the spectrum of possibilities offered by wearable and implantable healthcare devices and provide new insight into the cyborganic era. 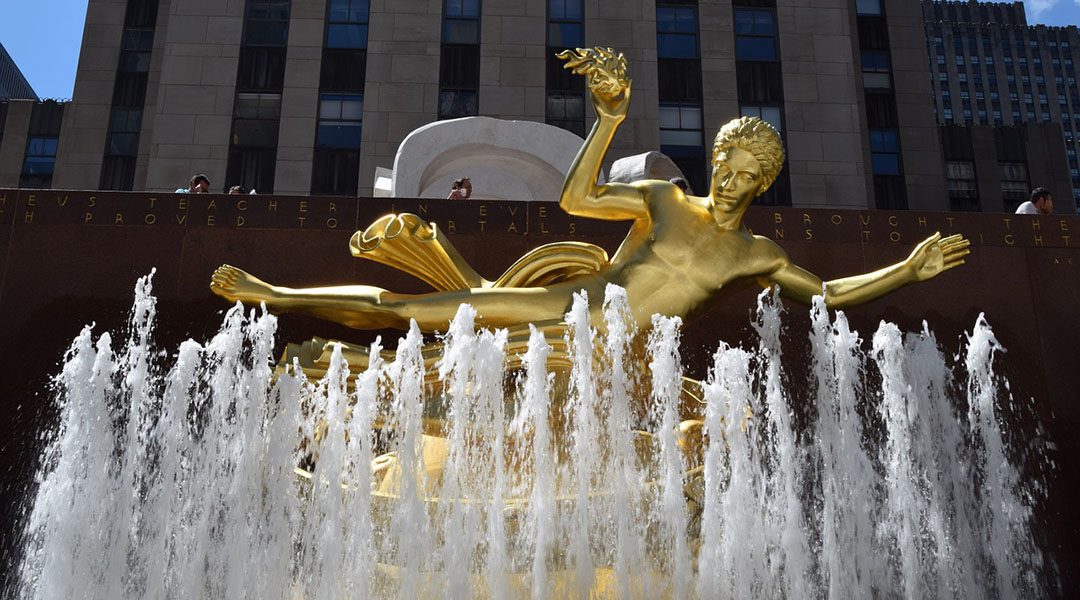 This article was originally published as an Essay in Advanced Healthcare Materials under the title A New Era for Cyborg Science Is Emerging: The Promise of Cyborganic Beings, by Gorka Orive, Nayere Taebina, and Alireza Dolatshahi-Pirouz.

Living flesh, hacked beyond known biological borders, and sophisticated machineries, made by humans, are currently being united to address some of the impending challenges in medicine. Imagine biological systems made from smart biomaterials with the capacity to operate like smart machines to regulate insulin production in diabetic patients, or cardiac patches that can monitor and release important biological factors, on demand, to optimize the mending of broken hearts. It sounds like something from the realm of science fiction; however, this big gap between the real world and the world of fantasy and fiction is slowly being bridged. This piece sheds a much-needed light on this emerging area, as this futuristic concept is gaining momentum, at a speed, that soon will ignite a paradigm shift in disease management and the healthcare sector as an entirety.

The earliest evidence of humankind’s ability to manufacture implants from biomaterials dates back to the Neolithic period. The ancient prostheses were mostly derived from natural materials including silk, wood, nacre, ivory, and various types of animal tissues to provide relief to those suffering from missing teeth, limbs, and bone-related disorders. As technology advanced, gold, silver, titanium, and various metallic alloys began to serve as implants, and today, scientists face the dilemma of which materials to use, as in recent years, the number of available options has increased with unprecedented speed. In particular, multifunctional biomaterials that are electrically, magnetically, and biologically active are being employed to develop even smarter and more effective implants. Auspiciously, some of these next-generation biomaterials can be incorporated directly into tissues and cells, which not only enhances the level of integration with the human body, but also fuels the development of more complex devices that can monitor, diagnose, and treat diseases.

More recently, this beautiful marriage between living matter and intelligent materials is anticipated to offer the prospect of “hybrid living/inanimate” systems that would have been mind-boggling just decades ago. These so-called “cyborganic” systems are bolstered by advances in cybernetics, cyborganics and bioelectronics, and represent a gateway to a “brave new world,” in which programmed tissues and biomaterial-like machineries can unite to serve as a wall-of-protection against age-related diseases. We believe that these systems possess the ability to hack human biology beyond the limits of known territories and into uncharted realms.

Indeed, this coordination has already lead to inspiring therapeutic applications including scaffold carriers for cell transplantation therapy and cell-loaded 3D cell-laden biomaterials for tissue engineering. In brief, 3D cell-laden biomaterials are porous, biocompatible materials incorporating living cells. The biomaterial serves to physically shield the cells from harm (e.g., host immune responses), while simultaneously enabling them to effectively carry out their outcomes by providing embedded cells with native like stimuli. Going 3D greatly sped-up the evaluations prior to animal or clinical trials and therefore, this is an important accomplishment in the pharmaceutical industry. Looking forward, this advancement could also dramatically advance the degree of sophistication of prosthetic interfaces and empower tissue implants even more. It seems hard to believe, but we are not that far away from actualizing this exciting era for humanity, wherein the fine line between human and machine ceases to exist.

The Emergence of Cyborganic Beings

In 2012, a series of milestone contributions from Harvard University led to a successful merger between electronic components and living tissues [see references 5–8]. The concept was termed “cyborg tissues” and created a media frenzy that sparked a wave of excitement regarding the prospect of regenerative medicine. In simple terms, a group of scientists propitiously developed a bioactive 3D microenvironment, able to electrically probe various important physicochemical and biological events throughout its porous interior. They accomplished this futuristic goal by simply embedding networks of biocompatible nanowire transistors within engineered tissues. To this end, they introduced, for the first time, macroporous, flexible and free-standing silicon-based nanowire scaffolds. Specifically, they incorporated these nanoengineered silicon wires into 3D cell cultures without disturbing their normal function and opened up a whole new realm of possibilities for detecting electrical signals generated by the cells within an engineered responsive tissue. This state-of-the-art platform was further applied to explore the effect of drugs on neural and cardiac tissue models and to distinct pH changes within muscle constructs. Since then, the cyborganic field and its application portfolio has been progressing rapidly and a growing number of groundbreaking proof-of-concepts have been developed in the laboratory both in the micro and macro scale. When looking at the microscale and the interaction between biomaterials and cells, one particularly interesting frontier is half-living and half-electronic devices, which can monitor the heartbeat, respond to various microenvironmental changes in the body, and record neurological activities in the brain.

Along these thoughts, Feiner et al. generated a cyborganic patch that can monitor, regulate, and stimulate cardiomyocytes incorporated into flexible, electronic silicon-based materials. Over time, the hybrid construct matures into an implantable patch in which living cardiac tissue and the electronic biomaterials are interwoven. The electronic nature of the construct makes it possible to remotely synchronize cardiac cell contraction and growth via electrical stimulation, and release drugs in a controlled manner. We note that the inclusion of a wireless feedback loop into this cyborganic cardiac patch could provide a basis for future self-regulating cell therapies that have the capacity to remedy a wide range of heart diseases by the controlled release of biologics, stimulation of cell growth, and electrical synchronization of cardiac function [see figure below].

More interestingly, the union of cyborganic systems and human-made genetic circuits in engineered cells is changing the face of the field. Shao and colleagues has recently reported a technological interface that allows wireless regulation of engineered cells functionality with an Android-operated smartphone. More specifically, a custom-designed home server was programmed to enable a smartphone to regulate insulin production by designer cells encapsulated within an electronic scaffold in diabetic mice via a far-red light (FRL)-responsive optogenetic interface. Looking forward, this is an elegant forerunner toward engineering a cyborganic feed-back loop that can sense deficiencies and deliver the needed biological stimuli to normalize critical situations within the body. However, building designer cells that can selectively fight against diseases such as diabetes might outweigh the risk of genetic manipulation, and that’s why this brand-new technology must meticulously undergo safety tests, to verify that these genetically enhanced guards do not dangerously interact with healthy tissues and organs function. In theory, it is also possible to design cells that can release important factors for mental alertness, up-regulate the expression of mitochondrial enzymes in muscle cells and the secretion of various tissue growth factors; all through electromagnetic stimulations similar to the system developed by Shao et al. Therefore, the range of scientific possibilities offered by merging cyborganics and designer cells is truly enormous and could equip human beings with skill-sets to address a wide range of different scenarios.

As exciting as these works may seem, therapeutic efficacy of these systems is limited due to their invasiveness. One way to overcome this obstacle is to make the technology injectable, and an elegant forerunner toward this end was represented by Charles Lieber as “syringe-injectable” electronics. In simple terms, these biomaterial devices are composed of mesh-like electronic circuits that can contract and expand almost indefinitely. As a consequence, they are readily injectable and therefore can mitigate the implantation process, which usually requires either open or laparoscopic surgery.

Moreover, when it comes down to macroscale systems, a new frontier is represented by robotic implants. The latter can be implanted in the body for an extended period of time and interact with tissues to regulate fluid flow rates or tissue forces. In an intriguing application, robotic implants fabricated from stiff waterproof polymers were used for esophageal testing in swine via mechanostimulation. Results showed that the applied forces induced cell proliferation and lengthening of the organ while the animal was healthy and able to eat normally. Another interesting example of this synergistic approach was the development of a wireless closed-loop system, which was recently developed and enabled the monitoring and modulation of peripheral organ (bladder) functions in real-time by means of coordinated operation between a flexible strain gauge for feedback control and a proximal light source for optogenetic stimulation. What’s more, skin-mimicking electronics that sense and stretch are, as we speak, opening new doors to monitor vital signals for a relatively long period. Notably, in a recent study, a two-part electronic skin (e-skin), which softly integrates between human tissues and robotic material, enabled dynamic inter-skin communication through a wireless interface that could activate and control a robot as an entirety. Moreover, by bonding a pair of silicon-on-insulator wafers using adhesion layers of silica, created by calcination of poly(dimethylsiloxane) (PDMS), scientists have designed an emerging class of bioresorbable electronic sensors that can monitor intracranial pressures in rats for over 25 days, with no side effects or immune reactions. In spite of these progresses, several challenges still remain for optimal clinical translation of this technologies, including the improvement of patient comfort, accuracy of the collected data as well as long-term functionality of the systems.

In summary, the era of cyborg science is evoking a significant excitement and enthusiasm given its potential medical implications, and the imaginations of potential cyborg-like humans might sound like sweet music to the ears of some readers; however, a number of obstacles still haunt this path. The survey of approaches presented here, albeit not comprehensively, aims to illustrate the broad spectrum of applications made possible by lab-monitoring, wearable and implantable cyborganic healthcare devices. One of their major consequences is the emerging field of precision health, by means of which, one is empowered to prevent their own diseases. The combination of cuttingedge cyborganic-integrated diagnostics and precision medicine may become one of the important backbones in the healthcare sector of the future. However, until then, much work lies ahead and several hurdles must be tackled. Durability, reproducibility and long-term biocompatibility, as well as robust data-analytics to accurately distinguish true from false positives are some—but not all—of these challenges. Concurrently, considering the lack of comprehensive knowledge about the unique complexity of the human organism, and the unavoidable inductive risk, lying behind any engineering enterprise, the very question about the cost of the current paradigm shift from world-engineering to human-engineering seems ethically compulsory. Progress in the field may lead us to a new scenario, wherein the fine line between humans and machines may become essentially indistinguishable. Now the question is whether we really want to embrace this brave new world? Do we even have the right to transcend human biology on our own terms—in the name of advancement—and when do we have sufficient mastery to move into this uncharted territory without incurring unfavorable repercussions? These questions are of ultimate importance, particularly when the consequences are potentially fatal. The cyborganic technology might appear exciting upon first sight. However, this emerging field must be treated with a wary eye, as many of the suggested applications raise a number of ethical questions. These questions are unavoidable and must be carefully and critically evaluated by bioethics experts and laypeople alike to illuminate which is the most appropriate course for humankind.

The authors wish to thank Martin Fussenegger for his valuable insight and comments in this piece.

Methods Perspectives: Assessing Battery Interfaces via NMR
Gaming online teaching
What we can learn from the social nature of COVID-19 and climate change?
Could Beer Waste Power Your Home?