The ongoing search for life on Venus

While a new model finds life is not responsible for Venus’ odd atmospheric chemistry, the aerial biosphere hypothesis is important in the search for life on other worlds. 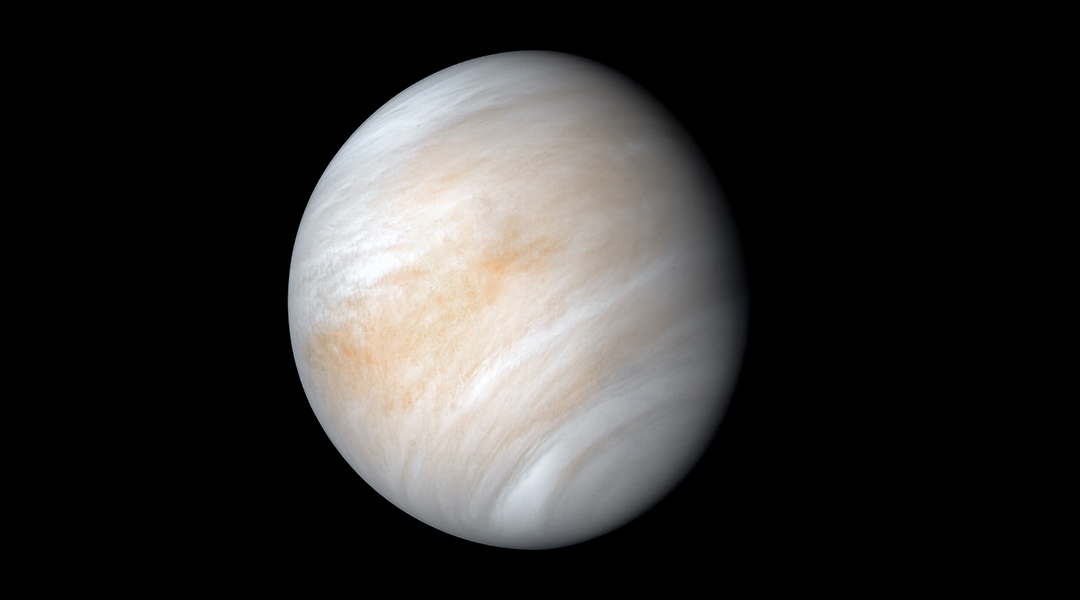 Tantalizing clues point to a possible aerial biosphere on Venus roughly 48 to 60 km above the surface. This cloud layer has Earth-like temperatures and pressure, but unlike Earth, it is made of concentrated sulfuric acid. However, microbes exist in similar conditions on Earth and have evolved sulfur-based metabolisms. This could mean that similar organisms may be swirling around the clouds of Venus.

Adding to the mystery are several atmospheric anomalies that researchers studying Venus cannot explain. One which also hints at microbial life is a discrepancy in the amount of sulfur throughout the cloudy atmosphere.

Sean Jordan, a Ph.D. student at the University of Cambridge, along with Paul Rimmer, and Oliver Shorttle have been studying the atmospheric conundrums of our closest planetary neighbor for several years. Their latest paper, published in Nature Communications, concerns the observed sulfur depletion in the upper atmosphere.

“We have had this problem of sulfur dioxide depletion where we have abundant sulfur below the cloud layer and then in and around the clouds, this sulfur dioxide sort of gets mysteriously sucked out of the atmosphere,” explained Jordan. “And it’s unclear what’s doing this because according to just the gas-based chemistry the pathways are insufficient.”

While abiotic mechanisms are possible, a microbial hypothesis also exists. And this is what the three men set out to test.

A first for Venus atmospheric models

As previously mentioned, there are known sulfur-based metabolic pathways used by microbes on Earth. Jordan and colleagues took these and created a unique model that, for the first time, couples the metabolic activity of the hypothetical biosphere with the chemistry of the full atmosphere of Venus. As Jordan explains, the novelty of their approach is, “…taking an atmosphere and putting life into it and that means that we can see the effect on the requirements of the full atmosphere”. As it turns out, microbes are unlikely to be the culprit.

According to the model, if any known sulfur pathways were responsible for the observed sulfur depletion, the resulting levels of other organic molecules involved in the pathway wouldn’t match the current measurements of Venus’ atmosphere, exonerating microbes in the case of the missing sulfur.

This seems like a disappointing result for those desperate to know we aren’t alone, but it doesn’t squash the possibility of life on Venus entirely. It does, however, set a limit on its potential abundance.

Assuming the depletion has an abiotic mechanism, Jordan used his previous results to ask, “what’s the maximum possible amount of metabolic activity that that could be in the model before you actually perturb the atmosphere away from something that fits the observations.”

He was then able to calculate an upper limit for the biomass of aerial microbes that could exist and remain consistent with atmospheric observations.

The search is far from over

Despite not implicating life as the source of sulfur depletion, Jordan believes these types of analysis are extremely important for the broader search for extraterrestrial life.

“Earth has been inhabited for a long time by microbial life, for the majority of its evolution,” said Jordan, “and so, based on everything we know about life on Earth, I think it’s more likely that we would look out and find the evidence of microbial life.”

Furthermore, he explained that current techniques for observing exoplanets are biased toward finding Venus-like planets compared to Earth-like planets due to their shorter orbits. This improves signal to noise ratios and means they pass in front of their host stars more frequently, which is precisely when they are observable to astronomers. Therefore, any information on a Venusian biosphere informs what we are likely to see elsewhere. Jordan plans to extend his modelling to exoplanets and see what potential biosignatures might look like.

He’s not done with Venus though, given the many unanswered questions and the enormous impact life on Venus has for the probability of life throughout the universe. “If you were to find evidence of life in Venus’ clouds, then that means that life is probably abundant in the universe because there would be two instances of it in our one solar system. But, at the moment, given that we only have the one instance of life on Earth, we really have no constraint on how abundant life could be, no matter how many habitable zone planets we find elsewhere.”

Think with your heart: A new era of biocomputing
The right materials are essential to the design of future fusion reactors
Pioneers in Science: Katherine Johnson
Antibodies active against SARS-CoV-2 found in 20-year-old library