Could there be life on Venus? Sighting of a rare molecule could be the answer

A possible marker of life has been spotted in the clouds of Venus and has astronomers excited about the possibility of extra-terrestrial “aerial” life on the harsh planet. 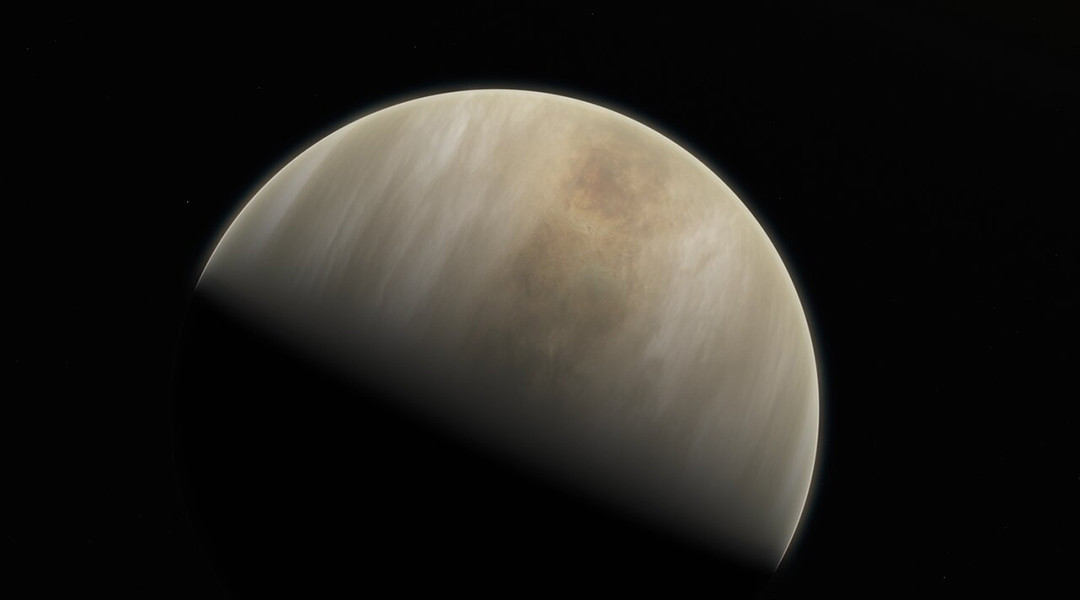 In an exciting turn of events, astronomers have announced the discovery of a molecule that may be indicative of extraterrestrial life on Venus. Researchers were shocked to observed small concentrations of phosphine in the planet’s clouds, which on Earth is produced by microbes that thrive in oxygen-free environments. According to the study, recently published in Nature Astronomy, the detection of phosphine could point to extra-terrestrial “aerial” life.

“When we got the first hints of phosphine in Venus’s spectrum, it was a shock!” said team leader Jane Greaves of Cardiff University in the UK in a statement. Graves and her team first spotted signs of phosphine in observations from the James Clerk Maxwell Telescope (JCMT), and which were later confirmed using the more sensitive Atacama Large Millimeter/submillimeter Array (ALMA) in Chile.

Venus has long been overlooked as a life-sustaining world given its extremely harsh environment, which is the result of a runaway greenhouse gas effect. Its surface temperatures can reach almost 465 °C (900 degrees Fahrenheit) — hot enough to melt lead — and is acidic, and dry; too harsh to allow complex molecules needed for life to form.

However, above its surface, Venus’ atmosphere becomes colder, and according to experts, there is a sweet spot around 48 to 60 km above the planet’s surface where the temperature is a pleasant 30 °C (86 degrees Fahrenheit), and could be just right for microbial life — though they would need to be tolerant to dry and highly acidic conditions, as Venus’ cloud droplets are made of concentrated sulfuric acid.

In their findings, the team, which includes researchers from the UK, US, and Japan, estimates that phosphine exists in Venus’s clouds at a small concentration — only about twenty molecules in every billion. The quantity, though small, could not have been generated by natural, non-biological processes such as lightening, volcanic activity, or minerals being blown upwards from the planet’s surface. According to a statement from ESO, these non-biological sources would be enough to make at most one ten thousandth of the amount of phosphine that the telescopes saw.

Writing for CNN, Sara Seager, professor of planetary science, physics and aerospace engineering at MIT and collaborator on the study said, “When I first learned of Jane’s finding I simply didn’t believe it. Nonetheless, my MIT team worked with Jane’s team on a proposal to use the more powerful [ALMA]. When the data came back and was analyzed, the phosphine signal was even stronger than before. I was still so shocked, so astonished, but we now had to accept that the finding was real. We diligently pressed on to support our detection, continuing to work through and rule out chemical processes as the phosphine source, and double and triple-checking that no other gas could mimic the presence of phosphine gas.”

The dip in Venus’s JCMT spectrum (see image below) provided the first hint of the presence of phosphine on the planet, while the more detailed spectrum from ALMA confirmed that this possible marker of life really is present in the Venusian atmosphere. As molecules of phosphine float in the high clouds of Venus, they absorb some of the millimeter waves that are produced at lower altitudes. When observing the planet in the millimeter wavelength range, astronomers can pick up this phosphine absorption signature in their data, as a dip in the light from the planet.

The team suspects that any phosphine producing organisms on Venus would be very different than those found on Earth. “The discovery raises many questions, such as how any organisms could survive. On Earth, some microbes can cope with up to about 5% of acid in their environment — but the clouds of Venus are almost entirely made of acid,” said team member Clara Sousa Silva of MIT, who has investigated phosphine as a “biosignature” gas of non-oxygen-using life on planets around other stars.

While exciting and highly unusual, the findings still require a lot more work to confirm the presence of “life” on the hostile planet. A growing interest in the search for life in our solar system and beyond has spurred experts around the globe to probe the universe for life beyond the stars, even fueling interplanetary travel, with NASA’s Mars Perseverance rover currently on its way to the red planet to search for signs of ancient life. Jupiter’s moon Europa, and Saturn’s moons Enceladus and Titan have also been flagged as potential sites within our own solar system where life could have (or could be) formed. Although completely unexpected, astronomers can now add Venus to this list, and may even spur future missions to the planet.

Using brain scans to personalize the treatment of depression
The three colors of hydrogen
Blood cells could be key to aging
Yong Lei: "Science is more than a career"