The many sides of carbon – Ultra black to climate change

The effects of some of the world's blackest materials on our atmosphere. 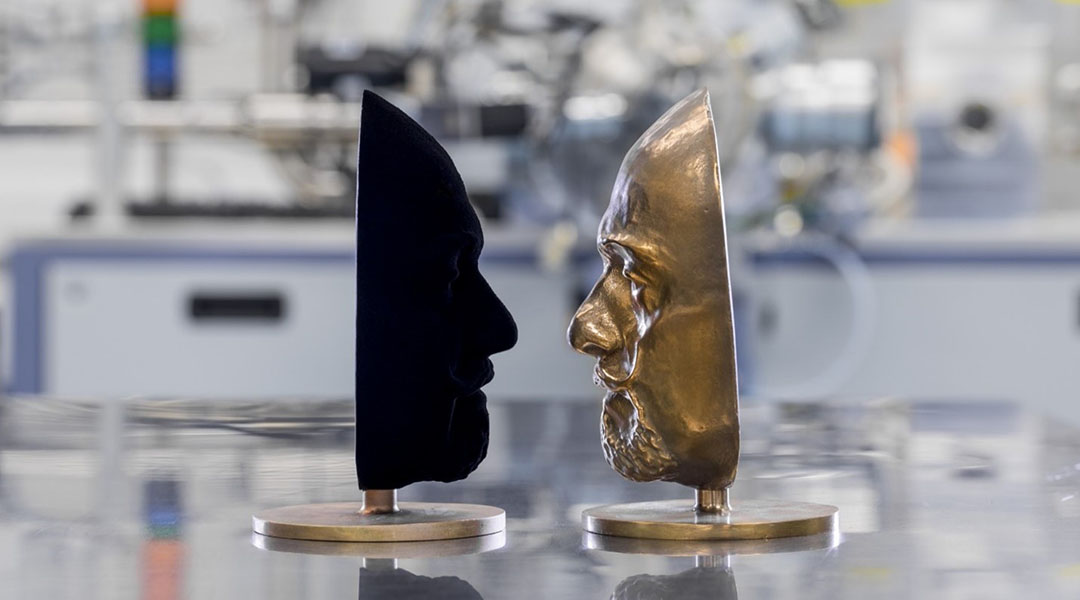 The world record for the blackest material, reported by engineers at MIT in 1999, is for vertically aligned carbon nanotubes synthesized on the surface of chlorine-etched roughened aluminium foil. It absorbs 99.995% of light incident on the material from any angle and functions as an omnidirectional blackbody absorber. Ultra-black materials made from carbon nanotube assemblies have exceptionally low reflectance, and efficiently capture and absorb light from the ultraviolet, visible, and deep into the far infrared beyond 600 microns. This unsurpassed absorption endows it with enumerable uses, including photothermal therapy for cancer treatment, CO2 photocatalysis, solar-powered steam generation, photo-desalination, high efficiency solar cells, electrically and thermally conductive coatings, optical devices, automotive sensing and paints, photography, and art, like the one shown.

On a darker note, black carbon in our atmosphere, composed of an agglomerate of small carbon particles, strongly absorbs solar radiation and influences cloud processes. It originates mainly from incomplete combustion of fossil-fuels for air, land, and sea transportation, industrial and residential heating, as well as agricultural, grassland, and forest fires, and open burning of biomass waste. This results in atmospheric emissions of around 8 M tons/y of black carbon, with quite an uncertainty range between 2-32 M tons/y. The warming effect from highly light absorbing carbon black is contrasted by the cooling effect of light scattering by other particles in the atmosphere.

However, the latest IPCC report estimates the climate warming effect of black carbon to be important and complex, but considerably smaller than those of CO2 and CH4. All the sources of black carbon and chemical and physical processes in our climate system, are in the inventory, where the material’s main contribution is in the conversion of absorbed and scattered solar light by rain and ice clouds, organic and inorganic aerosols, and dust, to heat, exacerbated by black carbon deposits onto ice and snow. These deposits accelerate melting and contribute to global warming.

Black carbon is well recognized as a significant piece of the climate puzzle. There is now a lot of focus on “short lived climate forcing agents” like black carbon, which have a much shorter lifetime in the atmosphere than CO2. Thus, actions preventing the introduction of more atmospheric black carbon would have immediate effect as particles are rapidly removed from the atmosphere on the scale of days to weeks through precipitation. This contrasts with CO2, which may take hundreds or tens of thousands of years to disappear.

A paper published in the Journal of Geophysical Research described the holistic climatic effects of atmospheric black carbon sources and processes. A range of atmospheric black carbon emission sources were evaluated as mentioned above, to judge priorities for mitigation strategies. Included in this analysis are the magnitude of global warming, ice cap and glacier melting, the type, effectiveness and cost of mitigation technologies, health benefits, and the potential for large-scale near-term implementation.

Hopefully, these approaches and policies for ameliorating atmospheric black carbon can be implemented fast enough to return our carbon budget back on track.