The JPS Award Symposium at the Fall ACS Meeting 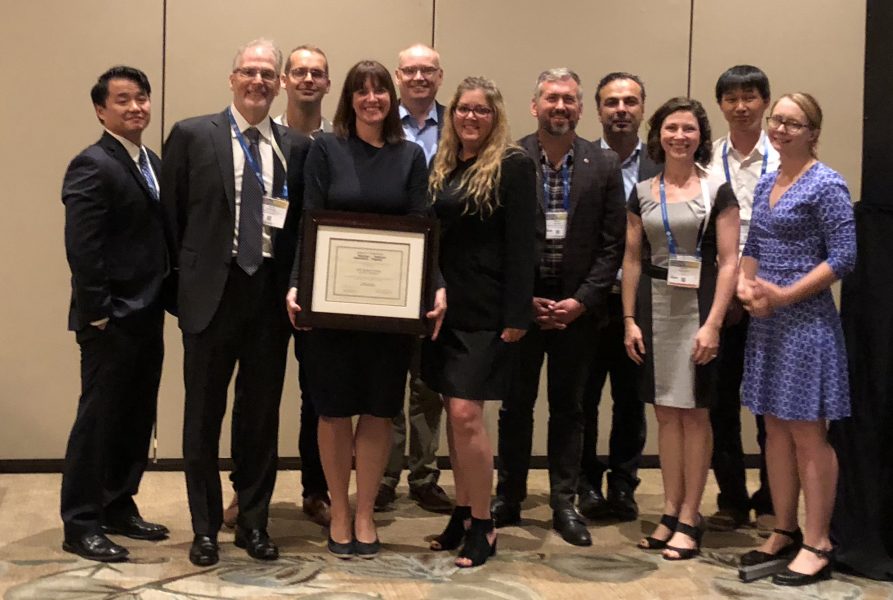 Mechanically interlocked polymers, cranial bone defect repair, and polymers for infrared photonics were just a few topics highlighting the diversity of talks featured at the 2018 Journal of Polymer Science Innovation Award Symposium in honor of Rachel O’Reilly (University of Birmingham). 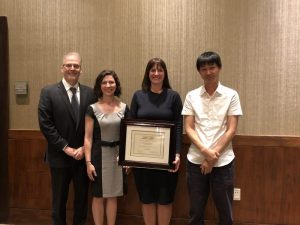 The Innovation Award was established in 2012 by the Journal of Polymer Science: Polymer Chemistry and the Journal of Polymer Science: Polymer Physics to celebrate significant research innovation and achievement in a polymer scientist under the age of 40. The recipient is recognized with a symposium in association with the Polymeric Materials: Science and Engineering (PMSE) Division of the ACS at the ACS Fall meeting.

Rachel’s innovation lies in her ability to develop and control uniquely designed polymers that can ultimately be used in applications from materials science to medicine. She was the first to observe the crystallization-driven self-assembly of poly(lactide)-containing block copolymers to produce cylindrical micelles of precise lengths. As she outlined in her talk, the ability to tailor the size, structure and function of polymeric nanostructures makes them suitable for many applications in nanoscience through careful selection of the structure and properties prior to self-assembly.

Congratulations to Rachel on a well-deserved award!