The Case of the Complexed Charge Carrier: The Mysterious Efficiency of Organic Solar Cells 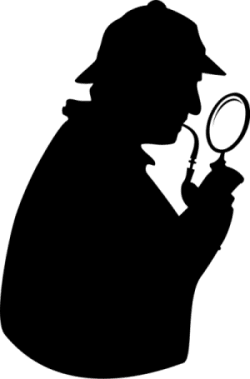 There’s nothing humans love more than a mystery, which explains our ongoing fascination with whodunits, a genre tracing its roots back to the works of Edgar Allan Poe, and best known in its current incarnation of CSI: Everywhere.  Curiosity may well kill the cat (or at least lead to an attempt on the life of our hero(ine) in the nail-biting climax of the plot), but it’s also the engine of discovery.  Scientific research is, if you choose to look at it in a certain light, the systematic investigation and solving of mysteries.  Whodunit may be an argument for private eyes, philosophers, and priests, but howdunit is the question for scientists.

One thus-far unsolved mystery is the case of the organic solar cell, or more specifically, the question of how such devices manage to display power conversion efficiencies much larger than those predicted by theoretical calculations. It’s nice to have a positive mystery to tackle – something working better than it should is, after all, something of a rarity (at least it was in my research experience)– and unlocking the answer to this question is a goal that Martijn Kemerink and his colleagues at Eindhoven University of Technology have set themselves. Conceptually, the team explain, such high conversion efficiency values shouldn’t be possible at heterojunction interfaces; to generate power, the cells need free-flowing electrons and holes that result from the dissociation of charge-transfer complexes.  In order to flow freely, the charge carriers need to overcome the binding energy holding them together as electron-hole pairs, and it’s their inability to achieve this escape that should, in theory, limit their efficiency.  Experimentally, however, the carriers aren’t conforming to this expectation, and the team at Eindhoven have come up with a model that may explain why.

To form the initial charge transfer complex, one of the carriers, given energy by the band offset between the semiconductor layers, is hopping across the interface, forming its complex after moving.  As relaxation occurs in the disorder-broadened density of states, the carriers can dissociate and flow freely, making their contribution to the power conversion. To return to our howdunit, our intrepid detectives have posited that the culprit initially escapes by jumping the garden fence, then slips away in the ensuing confusion, making a clean getaway. Whether this is the true version of events remains to be seen – more work is needed to test the modeled behavior against experimental reality – but understanding these processes is a vital step towards creating economically viable plastic solar cells, with all their promise for cheap, large-scale access to renewable energy.  A mystery, I think we’d all agree, that’s well worth solving.