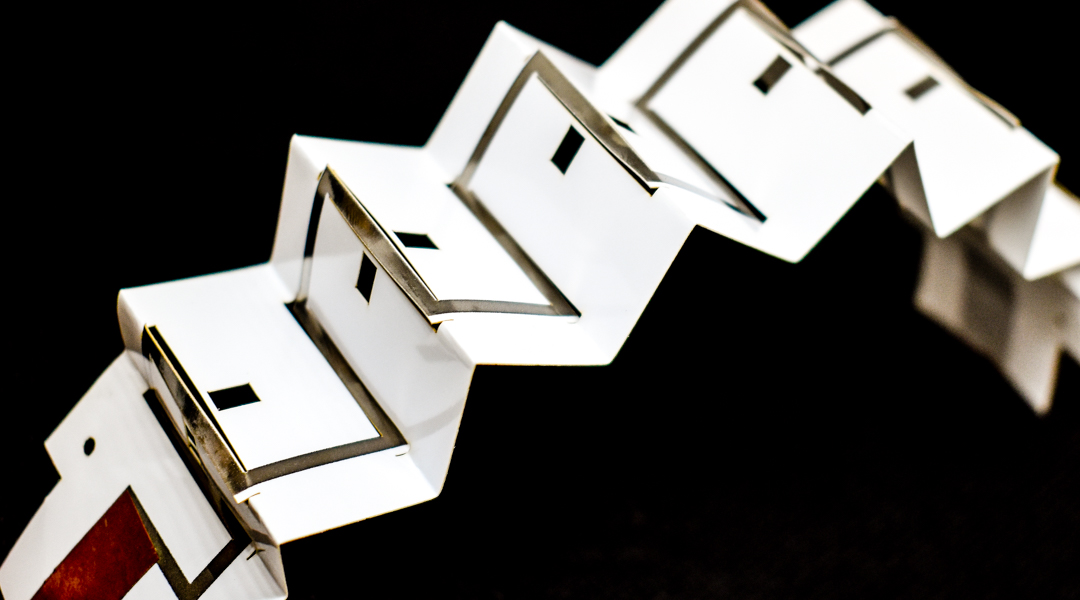 Researchers use the ancient art of Kirigami folding to create flexible electronic devices from paper and diversify the applications of next-generation sensors, robots, and diagnostic devices.

There has been a growing interest in printed electronics in recent years for display, radio-frequency identification, and wearable devices. Conventional printed electronics based on rigid substrates, such as printed circuit board are well-known. However, recent attention has been shifting toward those with soft and flexible forms as these features allow printed electronics to be bent, twisted, folded, or rolled into 3D configurations. In addition to enhancing the properties of electronic devices, consideration toward reducing environment impacts also need to be considered when developing next-generation printed electronics; factors such as material recyclability and toxicity.

To find a candidate that will meet our needs, one does not need to look far. A team of researchers proposes using paper as a new medium for printed electronics. Due to its recyclability, degradability, low cost, and easy production, paper is a well-suited material for low-cost and sustainably printed electronics.

Printing conductive inks, such as nano-silver ink, into electrode patterns on paper is a commonly used process in fabricating paper electronics. However, while paper is flexible, the electrodes printed on it are not, and as the substrate is folded, cracks start to form in electrodes, eventually resulting in fracture. This limitation has severely impeded development of devices based on paper electronics in various forms.

Now a team of researchers from Japan and Taiwan proposes a novel solution inspired by Kirigami, the ancient Japanese art of paper cutting, in their recent study published in Physica Status Solidi A – Applications and Materials Science. “Rather than bending nano-silver electrodes, which causes breaks, we observed that these electrodes could be twisted without fracture in our preliminary experiments. This made us consider whether there is any way to take advantage of this deformation,” says Dr. Tilo H. Yang from National Taiwan University, who is the lead author of the article. “Then we came up with the use of Kirigami, cutting along the folding edge of paper so that the region nearby the folding edge can be twisted when the paper substrate is folded.”

The team found that the structural integrity of nano-silver conductive electrodes and electrical performance of paper electronics could be well maintained using the Kirigami method. “The electrical resistance of the Kirigami electrode increased by 30% when the paper substrate was fully folded and conductivity was still maintained after fully folding for more than 100 cycles,” says Yang. “The electrodes without the Kirigami structure, by contrast, became disconnected under normal folding.”

The team further demonstrated that the Kirigami method could be used to create several mechatronic devices, such as a sensor and a mobile robot, which implies that endowing paper electronics with more advanced functionalities is on the horizon. “For example, if we fold a couple of nano-silver electrodes to make them mutually aligned and air is sandwiched in between, the whole structure works as an electrostatic capacitor that can be used to measure the folding angle or to generate electrostatic actuation,” says Prof. Jun Shintake from University of Electro-Communications.

The Kirigami strategy provided by the team is expected to bring diverse applications in sensors and actuators, microfluidic systems, soft robots, and diagnostic devices. Those future paper electronics devices will have more complicated 3D architectures and with advanced distributed functions depending on how you imagine and design them.