Piezoelectric force sensors based on polyvinylidene fluoride fibers can detect small forces and be integrated in textiles. 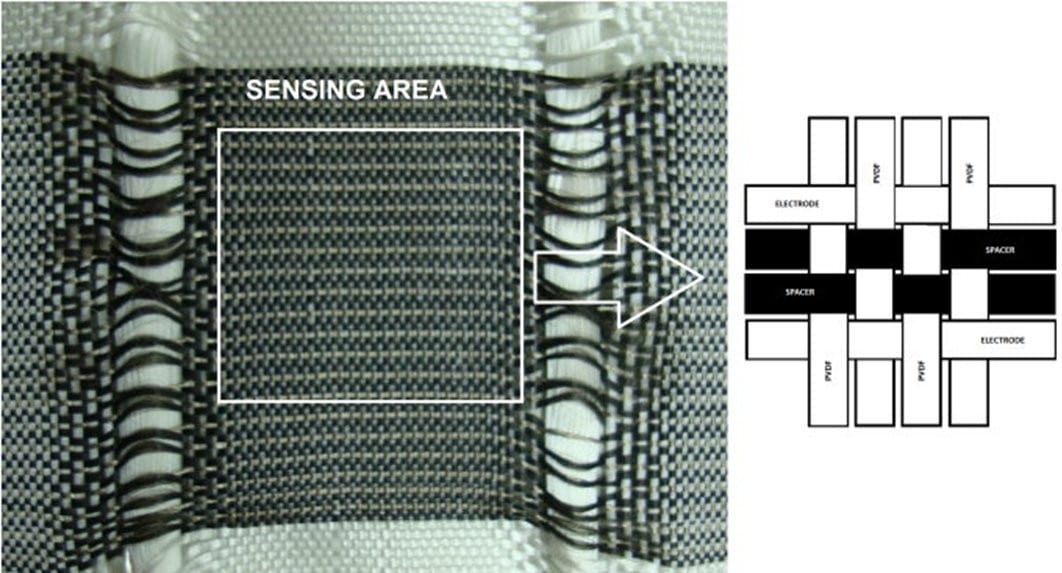 In recent years, smart textiles have taken on more and more functions, with the integration of devices capable of energy harvesting or electronic communication. Their use can be considered in fields ranging from military applications to sports – they can be used to simply recharging your cell phone batteries with movement, or to supply a soldier with an integrated electronics package in a combat zone.

Some of these devices integrate into the woven fabric piezoelectric materials capable of, for example, energy harvesting, thus powering small devices attached to the garment, or force sensors capable of detecting impacts. The trouble is that typically these piezoelectric materials are ceramics, which are brittle and in any case difficult to integrate into textiles. Typically, for force sensors, polymeric materials perform less well than ceramics, thus hindering their adoption for this application.

Now Kevin Magniez and co-workers from Deakin University and CSIRO in Australia, and RWTH Aachen University in Germany, in a new paper in the Journal of Applied Polymer Science, have developed a new force sensor based on melt-spun polyvinylidene fluoride (PVDF) fibers, which they show having performance comparable to the best ceramic sensors, and integrate into a textile material.

The fibers are created from a hot melt of PVDF, and are subsequently stretched to transform the material from the crystalline alpha phase to the piezoelectric beta phase. Through  parameter optimization, the team managed to create fibers with 80% piezoelectric phase, avoiding complicated treatments such as corona discharge, thus potentially reducing the cost of manufacturing the devices.

Once the fibers were produced, the researchers integrated them into a polyester woven fabric, and showed the stability of the PVDF sensors, as well as their high force sensitivity. Could we be seeing them out on the street soon?