Physicists have reported the observation of a tetraneutron, a subatomic particle consisting of just four neutrons. 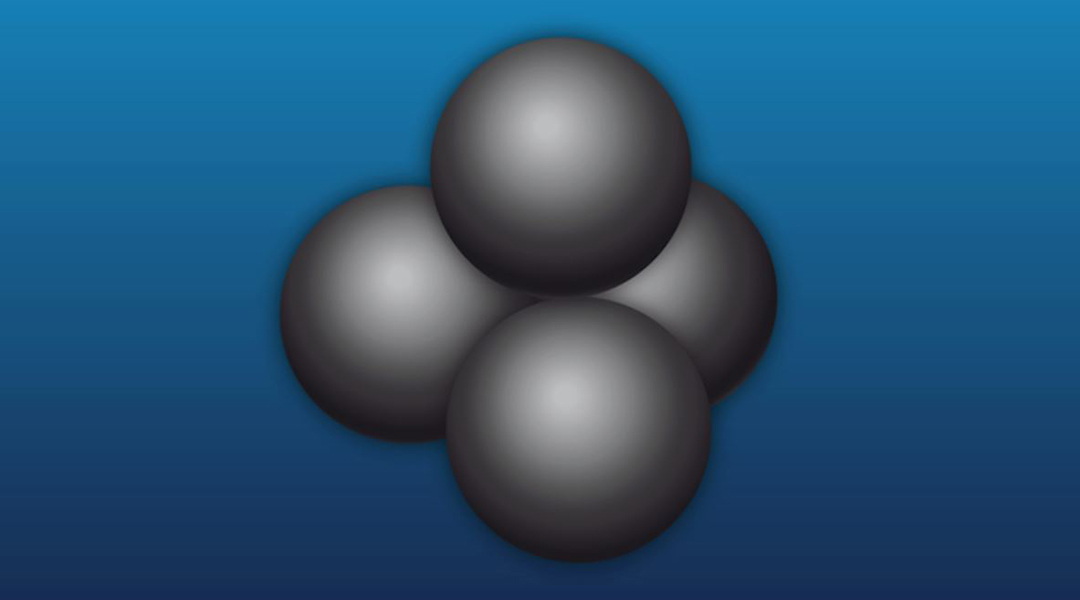 Almost all atomic nuclei contain neutrons, which are bound to protons and one another through the strong interaction. This is common for most atoms, and particles composed entirely of neutrons are very rare.

Until recently, scientists had only discovered a dineutron composed of two neutrons, but in a new study, physicists have reported the observation of a tetraneutron, a particle consisting of four.

The only known stable physical systems made almost exclusively of neutrons are neutron stars in which these particles are held together by gravity. However, in the realm of subatomic particles, the gravitational interaction is extremely weak and is almost always neglected. This means that in a particle made solely of neutrons, the neutrons must be confined by just the strong nuclear force.

It is known that an isolated neutron can exist on its own and “lives” on average for almost 15 minutes, decaying eventually into a proton, electron, and neutrino. In 2012, physicists discovered the dineutron whose lifetime turned out to be in the order of 10-22 seconds. According to modern theories of strong interactions, a three-neutron system is less likely to exist, and no experimental evidence for its existence has ever been found either.

Following these empirical and theoretical considerations, the best candidate for experimental study is the four-neutron particle. The search for this particle has been ongoing since the 1960s, and physicists have reported the discovery of the particle multiple times. However, the accuracy of these experiments was not sufficient for the discovery of the tetraneutron to be unanimously accepted by the scientific community.

This was the case until recently, when the SAMURAI collaboration involving physicists from 23 countries finally managed to observe the tetraneutron with a sufficient confidence level. The experiment took place at the Radioactive Ion Beam Factory operated by the RIKEN Nishina Center and the Center for Nuclear Study at the University of Tokyo.

In the experiment, the physicists bombarded a liquid hydrogen target with beams of neutron-rich helium isotope nuclei consisting of two protons and six neutrons — the nucleus of the most abundant helium isotope contains only two neutrons.

When the beam hit the target, the nuclei of the helium isotope collided with protons in the hydrogen atoms, and as a result of the collisions, a proton, an ordinary helium nucleus (also called the α-particle), and a tetraneutron were born.

The tetraneutron is chargeless, which makes it much harder to detect than a proton and an α-particle whose trajectories can be affected by a magnetic field. Because of this, the researchers studied almost exclusively these two reaction products, although some of the neutrons that the tetraneutron eventually decays into have also been detected.

The physicists measured the energies and momenta of the protons and α-particles with the SAMURAI spectrometer and derived the parameters of the tetraneutron from these data. The mass of the newly discovered particle turned out to be about 0.05% higher than the sum of the masses of four neutrons, and its lifetime was around 4×10-22 seconds. These numbers are consistent with some of the previous experimental studies, making the researchers even more confident in their results.

The experimental data that the scientists obtained are inconsistent with modern nuclear force theories, which means that more elaborated theories are necessary to understand the physics of the tetraneutron.

According to the authors of the study, next-generation experiments studying different reaction mechanisms and possibly detecting the four neutrons will reveal more insights into the properties of the four-neutron system.