Testing pumps and valves for corrosion

Researchers from Kuhn Special Steel have investigated the corrosion properties of various alloys used in pump and valve systems. 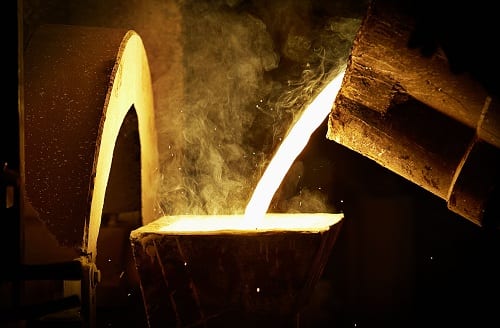 Pumps, compressors and valve assemblies are increasingly being exposed to corrosive substances and environments. This has led to a rising demand for materials that offer extra resistance to corrosion and cavitation. Certain subassemblies are also difficult to access, and therefore not straightforward to maintain or replace.

The supplier of centrifugally-cast alloys Kuhn Special Steel reports that they have been carrying out a series of tests on various pump materials. The company wants to tackle this constantly-growing demand and to determine their resistance to corrosion and cavitation.

Cavitation occurs when gas-bubbles form in a flowing liquid. These bubbles are created by local pressure differences, which are in turn caused by the flow properties and gas pressure of the fluid concerned. A change in these pressure conditions leads to instability causing the bubbles to implode. If this happens near the wall surface, a sudden impulse of pressure (known as a microjet) is directed on the surface. This short cyclic impulse can amount to several hundred MPa.

In the case of cavitation erosion, the action of the microjets gradually wears down the surface of the material directly, eventually leading to the affected component being eaten away.

As part of a comprehensive series of tests, the research and development department from Kuhn Special Steel has conducted trials involving various centrifugally cast materials with focus on their resistance to cavitation erosion. These experiments involved putting samples into a water bath and subjecting them to artificially-generated cavitation bubbles. Measurements were then taken to determine the amount of erosion relative to exposure time.

The alloy K3816.01 proved to be the most resistant to cavitation in these tests. As it is also very resistant to corrosion, this material is ideal for use in applications that are subject to highly corrosive substances and cavitation.