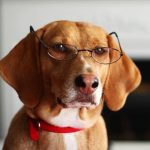 When it comes to cognitive and recognition tasks, the brain of your pet dog can still outperform the world’s most powerful digital computers. This is because data processing and data storage are inseparably linked in vastly complex neuronal networks while digital computing is slowed down by log-jams at the “von Neumann bottleneck”, as instructions and data are shuttled back and forth between memory and processor cores.

Neuromorphic engineering hopes to close the gap between biological and digital computing by mimicking neural pathways. What sort of devices could be used in such systems and how can these devices learn to learn? One of the preconditions of learning in biological systems is long term potentiation (LTP). This is the enhancement of the signal between two neurons that results from stimulating them simultaneously. It is one of the major cellular mechanisms underlying learning and memory. So synapses are plastic: the strength of the signal between two neurons can be modified, encoding memories.

Memristor devices may be able to emulate this plasticity. A memristor device is a non-linear resistive device with inherent memory: when current flows in one direction through the device, resistance increases; when current flows in the opposite direction, resistance decreases. When the current is stopped, the device retains its last resistance value. A memristor could therefore behave like a synapse in the brain: it can adopt high or low resistance states and retains information even when the current is switched off.

In their new paper Martin Ziegler, Hermann Kohlstedt and a team working in Germany have used a memristive device to demonstrate all forms of implicit or unconscious memory, including a recreation of Pavlovs classical conditioning experiment (this time no dogs were required!).

By applying appropriate and timed stimuli and observing the electrical behavior of the circuit, the team showed that their circuitry too could learn to associate two previously independent stimuli.

This report shows that memisistive devices can be used to emulate basic neurobiological learning phenomena. This Pavlov’s dog can learn new tricks.

Liquid-Metal-Driven Micromachines for the Next Cutting-edge Technology
Ultrasonic welding provides route to ultra-low-cost flexible circuits
Printing liquid metals: The next generation of wiring
Cancer immunotherapy gets a boost from microbubbles