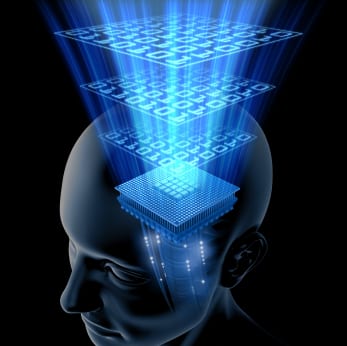 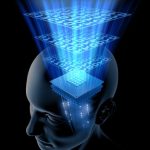 The creation of short and long-term memories in the human brain has been debated for over a century. Although it is commonly agreed upon that the change in the strength of synaptic connections governs the brain’s memorization process, it is not entirely clear how memories transition, in a biological sense, from a short- to a long-term state.

The ability for the junctions between neurons in the brain (synapses) to change under stimulation (neuroplasticity) is proposed to occur in two ways: short-term plasticity (STP) and long-term potentiation (LTP). In both instances, the neuroplasticity is defined as an change in the electrical conduction across the synaptic gap. STP exhibits a temporal enhancement followed by an exponential conduction decay; LTP is defined by a permanent change in conduction.

Neuromorphic engineers have attempted to mimick neuroplasticity through complex software programming and neural networks (hardware). Now, Ohno et al. have demonstrated a purely hardware device that exhibits memorizing abilities and is neatly modelled by a psychological memory model. They achieved this through the use of an electroionics-based device in which silver atoms migrate/precipitate under an applied voltage, creating metallic bridges (short circuits).

A bias voltage is applied across the electroionic cell following a designed pulsing-protocol with a set pulse width (ON time) and a changing frequency (time between ON states). STP behaviour was emulated through the use of a low frequency (20 s); conversely, for LTP, a higher frequency (2 s) was used. At a low frequency, a high conductance is instantaneously achieved after initial stimulation, but an exponential decay of this state ensues. This is due to the instability of the incomplete metal bridges. Quicker pulses lead to the creation of a robust metallic bridge that maintains a high conduction state after the stimulation ceases, mimicking LTP.

To bring the story home, the authors show how they can “teach” an array of devices. The array is repeatedly taught the number “2” using long pulses. The image quickly fades after each repetition (short-term memory). Near the end of the “teaching” cycle, the number “1” is quickly pulsed, and this number persists after the cycle is stopped (long-term memory).

So in the end “Repetition is the mother of all learning” (White Mountain Apache Indians archives) holds true beyond the human realm.