An organic salt is observed to undergo switching of the dielectric constant in response to temperature. 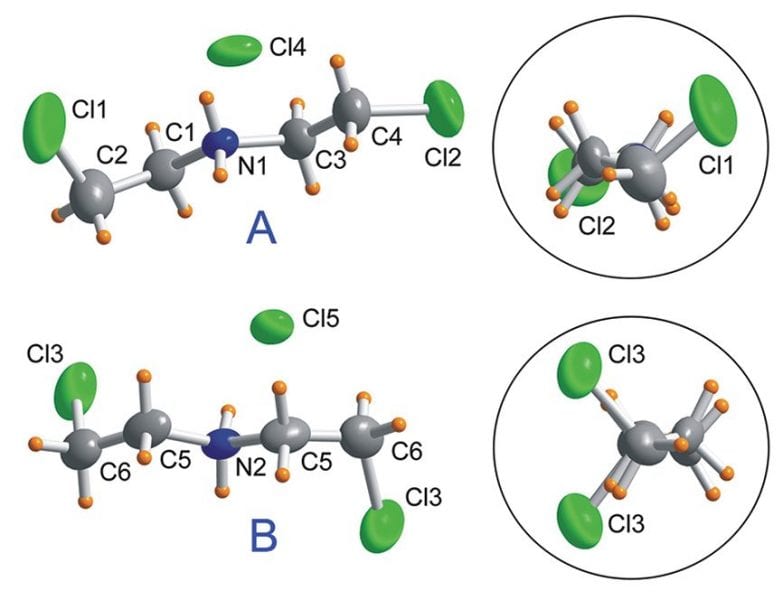 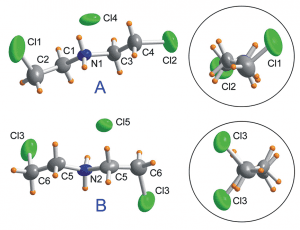 Materials that are capable of switching between two or more states in response to external stimuli have a great number of potential applications. For example, a magnetic switching material can switch between a high-spin state and a low-spin state in response to stimuli such as temperature, pressure or light. Such properties lend these materials to potential applications in, among other things, switches and sensors.

Recently, research has been conducted into switchable materials based on their electronic properties: in other words, materials that switch between high- and low-dielectric states in response to a stimulus. These switchable dielectric materials broaden the applications of these material types and could find potential use in the electronics industry.

Little is known about the structural origin of the dielectric transition, which means that identifying potential candidate materials is no easy task. Viable materials have to fulfil numerous criteria in order to find widespread industrial use, including but not limited to easy synthesis, low operating temperatures and, of course, reasonable price. In the latest issue of Advanced Science, Xiu-Dan Shao et al. present a material that shows switching of the dielectric constant in response to temperature. The article is free to read now from the Wiley Online Library.

The material investigated was the organic salt bis(2-chloroethyl)amine hydrochloride. Differential scanning calorimetry demonstrated that the material undergoes switching of the dielectric constant from low to high at around 320 K. This switching was confirmed by variable temperature dielectric spectroscopic analysis.

To determine the potential molecular origin of the dielectric switching, the authors conducted crystal structure analysis and NMR spectroscopy. They found that switching of the dielectric constant is closely linked to changes in the dynamics of the bis(2-chloroethyl) ammonium (BCEA) cations between the two states. Structural analysis showed that the BCEA cations exist in two different conformations (see the figure) in a roughly 2:1 ratio of A to B. The dielectric changes largely come about owing to a change in the structure of the A conformer as the temperature is increased. Whereas the structure of the B conformer remains stable, the A conformer changes in such a way as to increase the number of hydrogen bonding interactions between the amine groups in the cation and the chloride anions. Simultaneously, the number of hydrogen–hydrogen interactions decreases. Crystal structure analysis further suggests that the A and B conformers become the same in the higher-temperature phase.

A simple compound it may be, but the dielectric switching observed by bis(2-chloroethyl)amine hydrochloride holds many potential applications. Aside from potential uses in the electronics industry, it could also be used as a model in the fields of molecular ferroelectrics, molecular rotors and other systems in which molecular interactions have an important in role in determining the properties of the system.