With secondary infections from drug-resistant bacteria a real concern in hospitals worldwide, MIT scientist report a breakthrough that might be able to effect both prevention and cure. 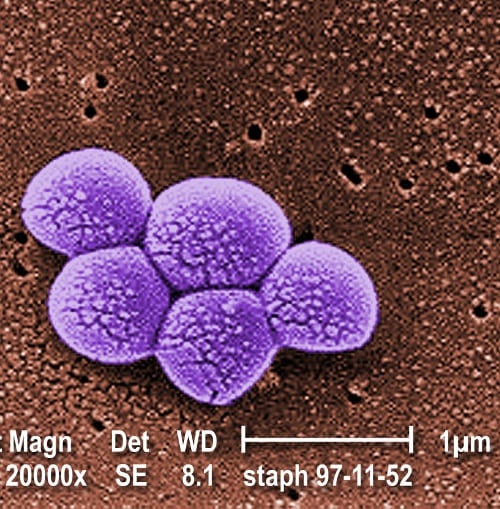 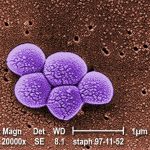 A staple of the news headlines in the UK over the past couple of years has been the periodic outbreak of so-called ‘Superbug’ infections in hospitals, when antibiotic-resistant strains of bacteria cause a high proportion of secondary infections in patients. Although the majority of such infections are relatively mild, they can develop into potentially fatal conditions including sepsis, toxic shock syndrome and necrotizing pneumonia. To keep things in context, the Superbug (or methicillin-resistant Staphylococcus aureus (MRSA)), for all its virulence, is simply the latest and most advanced version of a problem that spans human history – how to effectively combat bacterial infections that develop in wounds or injuries. Such infections were nearly always fatal before the development and wide-scale use of antibiotics; for example, in a military context, secondary infection and disease accounted for a far greater number of casualties than outright combat (at higher than a 2:1 ratio in the US Civil War) in the nineteenth century. In the ongoing medical arms race between diseases and treatment, then, MRSA is the next evolution on the side of the diseases, and a challenge that scientists and medics are working to meet.

One of the major requirements for any new treatment method is that the delivery mechanism avoids ‘vaccinating’ the bacteria against new or different drugs – one of the problems caused by widespread use of antibiotics is prolonged use of the drugs at low concentrations, which allows those bacterial strains not killed to develop resistance. Another requirement is the capacity to engineer the mechanism such that it can perform different functions depending on the desired course of treatment. Clearing up an existing infection, for example, requires a high-dosage ‘blast’ of antibiotics, whereas preventing infection from developing (or re-occurring) needs a lower concentration but regular repeated dose.

One such delivery mechanism has been the subject of recent research by Professor Paula Hammond and her team at MIT. The team has developed a coating that can be applied either by dip-coating or spray-coating, using a layer-by-layer assembly technique to build a multilayered, degradable polymer film with vancomycin molecules trapped between the layers. The key to achieving multifunctionality in a single coating (which might be up to 60 layers thick) lies in the different assembly techniques. The drug molecules diffuse more effectively into dip-coated layers than into the spray-coated layers, meaning that the release of the drug as the film degrades is slower and steadier. Initial results with the coatings are promising, with delivery of a strong initial therapeutic dose of vancomycin, followed by a regular, steady dose at high enough concentrations to inhibit re-infection. The film eluent was also checked for toxicity towards healthy cells, and came up clean, making this an important step forward in medical care, particularly in post-operative and battlefield casualty settings.