Studying the deposition of sexithiophene on fullerene

Prof. Zannoni and co-workers publish research on the deposition of sexithiophene on a fullerene substrate. 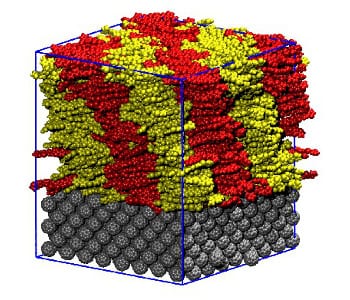 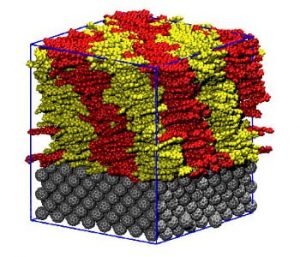 Organic vapor deposition represents the method of choice for producing neat molecular crystals and heterojunctions for electronics and opto-electronics applications. In new work, Prof. Zannoni and co-workers focus on two well-known electron donor and acceptor organic semiconductors, studying the deposition of sexithiophene on a fullerene substrate.

The growth of the sexithiophene crystal is followed since its early stages by state-of-the-art computational techniques, providing information on the molecular organization at the interface that is hardly accessible by experiments. The researchers also show that the relative molecular orientation of the two semiconductors can be tuned via a post-deposition annealing process, transforming the initial vertical arrangement of sexithiophene, optimal for transistors, to a planar one suitable for solar cell applications.