Step-growth polymerization in the 21st century

Macromolecular Chemistry and Physics in a new special issue presents a modern perspective to the long-established field of step-growth polymerization reactions, guest-edited by Andrew Dove and Michael Meier. 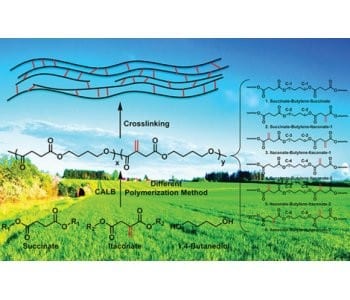 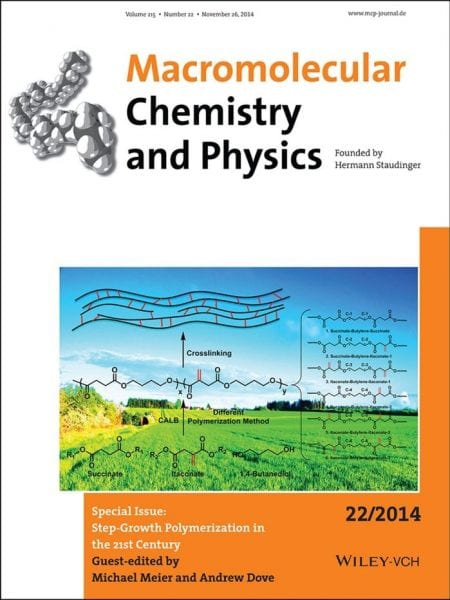 From the pioneering work of Carothers to more contemporary work, the relevance of the important technique of step-growth polymerization never ceases, remaining an important academic and industrial tool for polymer synthesis. An important aspect is the extremely broad range of chemical reactions that can be applied to form polymers in combination with a vast range of possible starting materials.

The traditional polycondensation for polyesters and polyamides but also, more recently, ‘click’ reactions, olefin metathesis, multicomponent reactions, and many others have been used for step-growth polymerization – allowing a fine-tuning of chemical structure and thus also of the properties of the obtained materials. In addition, many recent studies focus on creating new materials from renewable resources.

Entitled “Step-Growth Polymerization in the 21st Century“, the recent special issue of Macromolecular Chemistry and Physics was guest edited by Andrew P. Dove (University of Warwick) and Michael A. R. Meier (Karlsruhe Institute of Technology) and shows that the adaptation of a range of chemistries enables the synthesis of materials that meet modern demands and provide improved application possibilities. While the demands on materials continue to expand, step-growth polymerization reactions will remain relevant and useful to researchers across the research sectors.

“Step-Growth Polymerization in the 21st Century“