A new endeavor explores the idea of topological qubits that are easy to engineer for error-free quantum computing. 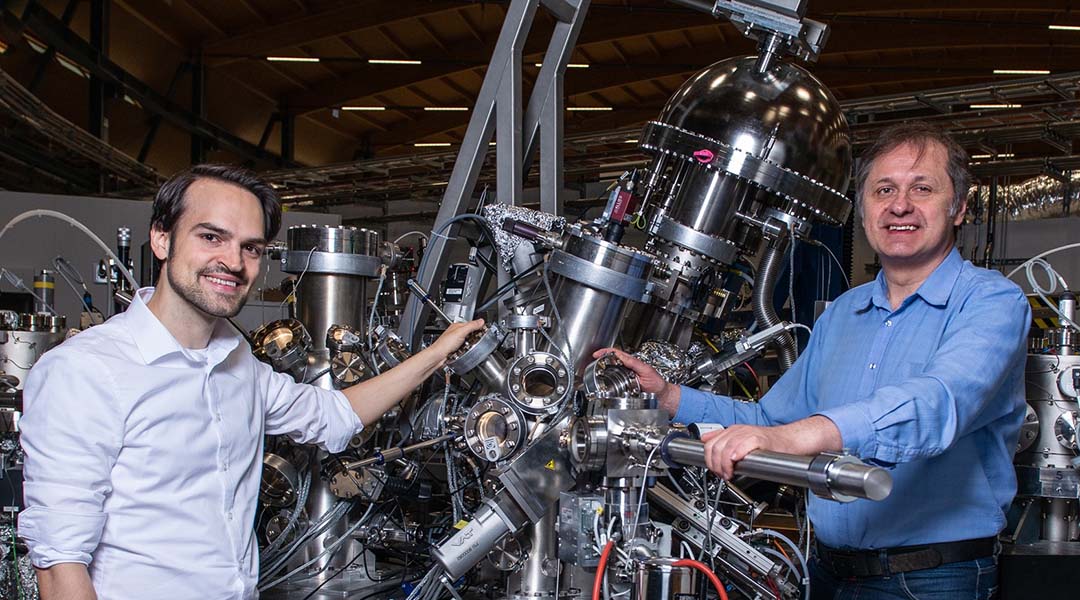 Quantum computers, which operate using quantum bits or qubits, are being touted as the future of computing. With their promise of enhanced capabilities and exceptional power, the hope is that they will revolutionize how we solve problems, carrying out complex calculations and predictions, and keeping data secure.

These systems, while powerful, are still confined to the lab as they can be unstable and difficult to engineer. “Computer bits that follow the laws of quantum mechanics can be achieved in different ways,” explained Niels Schröter, former researcher at PSI and currently at the Max Planck Institute of Microstructure Physics in Halle, Germany, in a statement. “Most types of qubits, unfortunately, lose their information quickly; you could say they are forgetful qubits.”

Schröter is part of a team of researchers that are seeking to create better, stable qubits to make error-free quantum computing a reality. “We want to help create a new kind of qubit that is immune to leakage of information,” he said. “This would allow us to use just a few qubits to achieve a slim, functioning quantum computer.”

Publishing in Advanced Quantum Technologies, the team have developed “topological quantum bits”, which they hope will prove to be superior to current approaches, which are generally subatomic particles, like electrons, trapped ions, or photons, which have been isolated in a controlled quantum state.

The mathematical concept of topology can be used, among other things, to explore how geometric objects behave when they are deformed. However, this mathematical language can also be applied to other physical properties of materials, say the researchers.

By taking advantage of exotic electronic states produced in thin films of different semiconducting and superconducting materials, the team was able to create what they define as topological qubits. “Specifically, ultra-thin, short wires made of a semiconductor material could be considered for this purpose,” they wrote in a statement.

They used ultra-thin wires made from semiconducting materials that have a diameter of a mere 100nm and a length of 1,000 nm. The top of the wire was coated with a thin superconducting layer while on the rest, a natural oxide layer was allowed to form. Using computer simulations, the researchers determined the optimal combination of materials and found that quantum mechanical electron states were predicted to be located at the interface between the semiconductor and the superconductor layers.

“The collective, asymmetric distribution of electrons generated in these nanowires can be physically described as so-called quasiparticles,” explained Gabriel Aeppli, head of the Photon Science Division at PSI, who was also involved in the current study. “Now, if suitable semiconductor and superconductor materials are chosen, these electrons should give rise to special quasiparticles called Majorana fermions at the ends of the nanowires.”

These are the topological states the team was seeking, though at the time, there was still some uncertainty as to how best to create them. “Over the course of the last decade, recipes to create Majorana fermions have already been studied and refined by research groups around the world,” Aeppli said. “But to continue with this analogy: we still didn’t know which cooking pot would give us the best results for this recipe.”

Using a technique called soft X-ray angle-resolved photoelectron spectroscopy (SX-ARPES) and a new computational modeling system developed by researchers at Carnegie Mellon University, the team was able to solve this problem. “[Previous] computer models, used up to now, led to an unmanageably large number of spurious results,” said Vladimir Strocov who was involved in the study and is a researcher at PSI. “With our new method, we can now look at all the results, automatically filter out the physically relevant ones, and properly interpret the experimental outcome.”

The team was therefore able to show that one material in particular, indium antimonide, possess the required properties to form the desired topological Majorana fermions in the nanowires. “From the point of view of electron distribution under the oxide layer, indium antimonide is therefore better suited […] to serve as a carrier material for topological quantum bits,” added Schröter.

While there are still hurdles to overcome, the team is confident that their advanced computational/spectroscopic technique will be instrumental in the quest for advanced quantum computing materials.