Scientists have developed a molecular shield that stabilizes near-infrared fluorescent dyes and enhances their functionality. 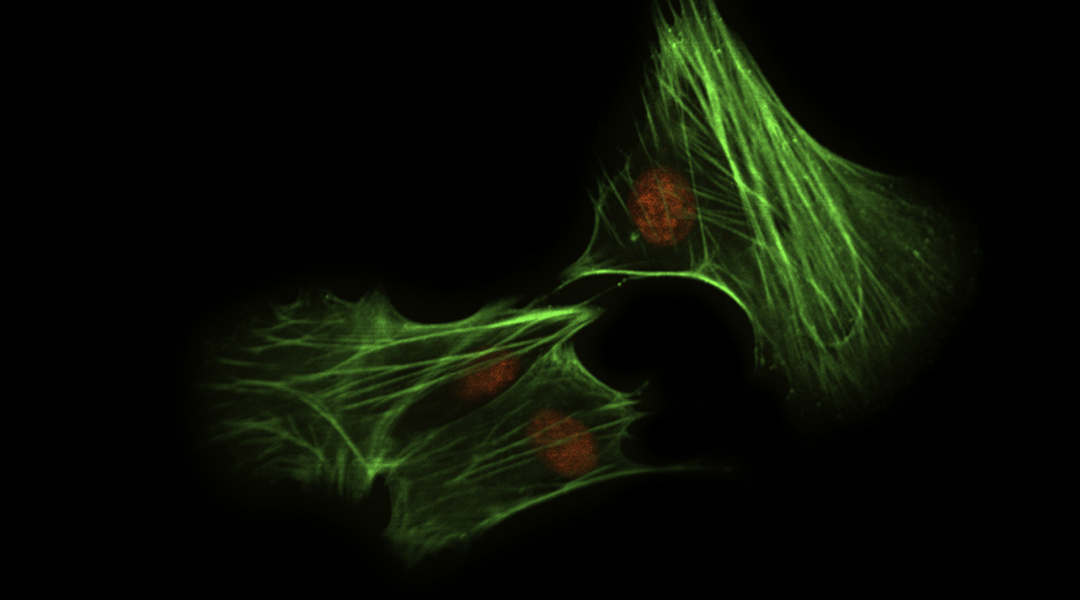 Scientists can monitor biomolecular processes in live tissue by noninvasive optical methods, such as fluorescence imaging. However, the fluorescent dyes used for that purpose are often rather unstable, are susceptible to photobleaching (which ruins their signal), lack of the ability to sequester in the desired location in the body, as well as suffer from issues related to toxicity. Now, scientists have developed a molecular shield that stabilizes near-infrared fluorescent dyes and enhances their functionality, the results of which were recently reported in the journal Angewandte Chemie.

Fluorescence bioimaging often uses the near-infrared light region because this radiation can efficiently penetrate human tissue. Fluorescent dyes designed for this purpose usually have a flat, symmetrical molecular architecture, which favors absorption of near-infrared light, but the dyes also need to be water soluble and carry functional groups for conjugating with targeting biomolecules, for example, antibodies or tumor-binding peptides. A member of this class of fluorescent dyes, called heptamethine cyanines, or Cy7, is currently under investigation in surgical applications.

However, the Cy7 molecules have their drawbacks. Their light-absorbing chromophore is vulnerable to oxygen radicals, which leads to bleaching. In addition, the flat rigid molecules may aggregate and interact non-specifically with other biomolecules, which slows down their clearance from the body.

To tackle these issues, Bradley D. Smith and his group at the University of Notre Dame, USA, improved the chemical structure of the dye. To protect the heptamethine chromophore from oxygen attack, they introduced a voluminous and smart shield. They attached a bulky aromatic group on top of the central part of the chromophore and furnished this top group with long shielding arms projecting over both faces of the chromophore, like a bird covering its nest with its wings.

The resulting dye, which the scientists call “sterically shielded heptamethine cyanine dye” or s775z, was water soluble and provided stable fluorescence. The shielded architecture prevented aggregation and photobleaching, the authors reported. The dye was exceptionally stable against chemical degradation and could be stored indefinitely in a common refrigerator, the authors wrote.

They also performed imaging studies in live mice and found that s775z, in contrast to all other studied dyes, did not accumulate in the blood clearance organs, but was washed out of the body quickly. Moreover, a cancer-targeted version of s775z accumulated at a high level in tumors and could be visualized by fluorescence imaging of the live mice.

The authors suggest that the new s775z dye will be useful for a wide range of biomedical imaging applications. They point out that the change from a flat molecule to a three-dimensional shielding architecture was the key to make this class of near-infrared fluorescence dyes more stable and efficient.