An epoxide ring opening reaction could help stabilize biomolecules by replacing hydrogen with deuterium with a high degree of selectivity. 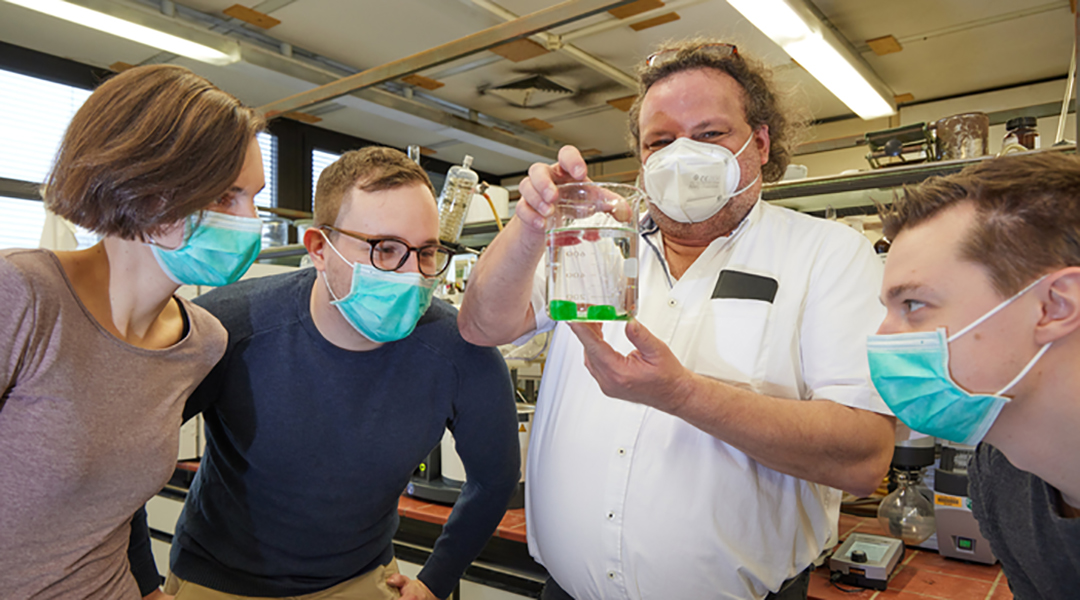 Deuterium, a heavy isotope of hydrogen, plays an interesting role in stabilizing pharmaceuticals. A research focus for some time, deuterium ensures the slow breakdown of therapeutic molecules in the body.

“We call this the kinetic isotope effect,” explained Andreas Gansäuer of the Kekulé Institute for Organic Chemistry and Biochemistry at the University of Bonn, Germany.

For any chemical reaction to happen, the system requires an input of energy referred to as the activation energy. “If you replace hydrogen with deuterium, the activation energy usually increases somewhat,” says Gansäuer. “As a result, reactions are slower. This also applies to the metabolism of pharmaceuticals.”

Replacing hydrogen with deuterium would lengthen the lifetime of drugs, potentially requiring lower doses and few unwanted side effects. However, deuterium is comparatively rare and more expensive. To take full advantage of this swap, deuterium-replacing reactions need to be efficient and selective.

To do this, Gansäuer and his team implemented a functional group called an epoxide, in which two carbon atoms and one oxygen atom are arranged into a three-membered ring. They contain a high degree of strain, making them amenable to ring-opening reactions.

“We introduced epoxides into different test molecules and then opened the strained ring with our catalyst,” Gansäuer explains. “This contains a titanium atom to which deuterium is bonded. This allows us to introduce a deuterium atom at a single location and with a very specific and desired spatial orientation.”

Another advantage of the method: For many complex molecules, there are two different ways of bonding that mirror each other. The new process can be used to create almost exclusively one of the two shapes. “Since compounds of mirror-image molecules are very difficult to separate and, moreover, they often have different properties in the human body, such stereoselectivity is very important,” said Gansäuer.

The method developed has been used, for example, to produce deuterated precursors of the painkiller ibuprofen and the antidepressant venlafaxine. The authors are confident that it will be applied to many more pharmaceuticals in the future.