Spotlight on Polymer Chemistry, May 2013 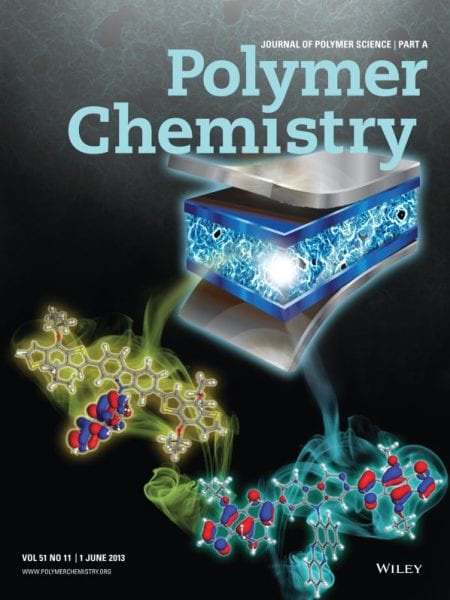 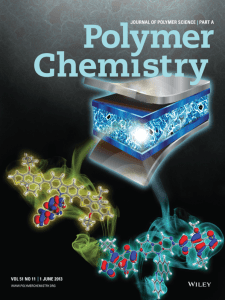 Cover of the Journal of Polymer Science Part A: Polymer Chemistry Volume 51 Issue 11

The Journal of Polymer Science Part A: Polymer Chemistry is shining a spotlight on three notable pieces of research in Volume 51, Issue 11: “Precision Synthesis of Acrylate Multiblock Copolymers from Consecutive Microreacter RAFT Polymerizations,” “Cationic Cyclopolymerization of Divinyl Ethers with Norbornane-. Norborene-, or Adamantane-Containing Substituents: Synthesis of Cyclopoly(divinyl ether)s with Bulky Rigid Side Chains Leading to High Glass Transition Temperature,” and “Noncovalent Linkage of Telechelic Oligo(dimethylsiloxanes) via End Group Attachment of Host-Cyclodextrins and Guest-Adamantanes or Guest-Ferrocenes.”

Miniature flow reactors offer the ability to optimize synthetic protocols and mechanistic and kinetic studies of RAFT polymerizations. Microreactors have the potential to enhance the RAFT process by allowing for upscale of the system by parallelization of reactors or longer reaction run times. Thomas Junkers and colleagues synthesized acrylate RAFT polymers and multiblock copolymers using a continuous-flow microreactor. Researchers further investigated how the microreactor results compared with those obtained in a batch process. This study can be applied toward the development of well-defined sequence-controlled mutiblock-copolymers.

Modified poly(dimethylsiloxanes) have become of much interest due to their application potential, such as ferrocene-containing poly(dimethylsiloxanes) in the development of biosensors. Helmut Ritter and colleagues described di- and poly(dimethylsiloxanes) with terminal combinations of adamantyl-, ferrocene-, and cyclodextrin groups, respectively. This study is the first to report a linking of polydimethyl- and disiloxanes via guest host interactions. These systems can be applied in cosmetics, textile treatments, or as degradable medical materials.