Professor Laurens Molenkamp of the University of Würzburg has been awarded a DFG Gottfried Wilhelm Leibniz Prize. 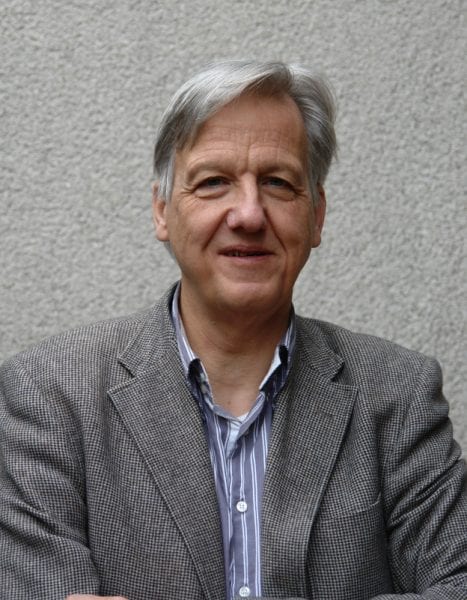 Professor Laurens Molenkamp from the University of Würzburg is one of the new Leibniz Prize recipients. Image: Institute of Physics, Würzburg University.

Professor Laurens Molenkamp, Chairman of the Department of Experimental Physics III of the University of Würzburg, has been awarded a Gottfried Wilhelm Leibniz Prize from the German Research Foundation (DFG). This award comes with 2.5 million euros. Given the large prize money and their great reputation, the Leibniz Prizes are also seen as “German Nobel Prizes”.

“I am delighted to be receiving a prize for my work from the DFG, too. The Leibniz Prize is a great honor,” said Professor Molenkamp. The prize money will enable the Würzburg physicist to press ahead with his already multi-award winning research.

Laurens Molenkamp (57) is regarded as one of the fathers of semiconductor spintronics. It is expected that this technology will make information processing and computer engineering considerably more powerful.

The physicist was the first researcher in the world to succeed in the experimental realization of topological insulators. Since then, this novel material class has been researched intensively as it is likely to be essential for further progress in spintronics: topological insulators should enable the creation in future of even smaller and more powerful computer chips.

Laurens Molenkamp, born in Garrelsweer in the Netherlands in 1956, studied Physical Chemistry at the University of Groningen. After obtaining his doctorate, he worked in the research laboratory of the company Philips in Eindhoven for ten years. There he began his work on quantum transport in semiconductor nanostructures, which he has continued to this day. In 1994, Molenkamp joined RWTH Aachen University as a Professor. In 1999, he was appointed Chairman of Experimental Physics III at the University of Würzburg and was placed in charge of the local molecular beam epitaxy laboratory.

He has received several internationally renowned awards for his cutting-edge research into topological insulators, including the Europhysics Prize in 2010, the Oliver Buckley Prize from the American Physical Society in 2012, and the Physics Frontiers Prize in 2013.

Facts about the Leibniz Prize

The DFG’s Leibniz Prize will be presented to Molenkamp in Berlin on March 12, 2014. For 2014, the DFG selected a total of eleven Leibniz Prize recipients from 129 nominations. Molenkamp is the only recipient from Bavaria.

The DFG awards the Leibniz Prize to researchers of exceptional quality who have already generated outstanding achievements in their research fields early on in their academic careers and who are expected to produce further excellence that will leave a lasting impression on the research landscape in Germany.