New material could be perfect for tactile sensors for robot hands 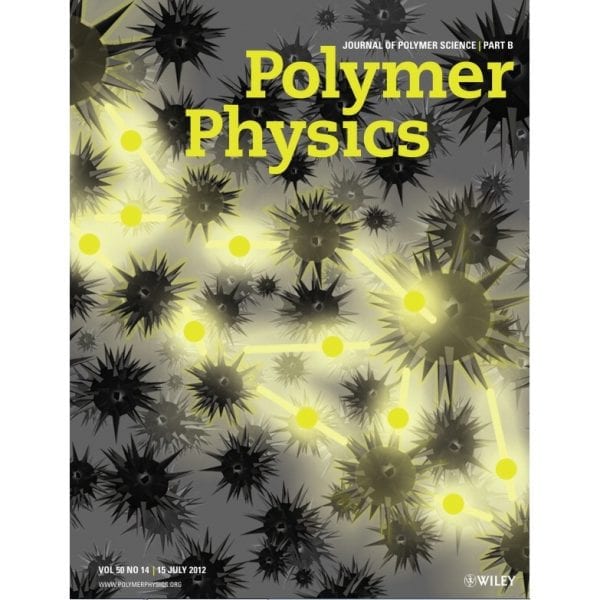 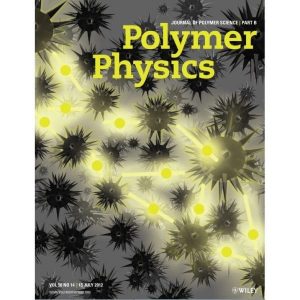 Metal fillers in polymer matrices are known to endow conductive properties, and those composites that show piezoresistive behavior are of interest as tactile sensors. Writing now in the Journal of Polymer Science: Polymer Physics, Stefano Stassi and Giancarlo Canavese investigate the piezoresistive response of a nickel-filled silicone-insulating matrix, discovering that the huge variation in electrical resistance – up to nine orders of magnitude – is due to quantum tunneling.

Composites that show a decrease in resistance upon increasing applied pressure can be described by two theories. The first is percolation theory, whereby electrical resistance drops suddenly at a specific concentration of metal filler, called the percolation threshold. When the distance between neighboring nanoparticles decreases, a conductive path forms and penetrates the bulk material. In the second theory, deformation decreases the insulating layer thickness between the particles. This exponentially increases the probability for an electron to tunnel. As Stassi and Canavese show, the sharp, spiky tips of the nickel nanoparticles enhance this effect due to greater local charge density at the ends. 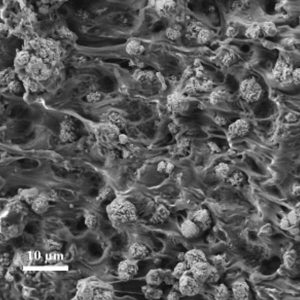 The polydimethylsiloxane (PDMS)-Ni composites were prepared by blending PDMS and “spiky-shaped” nickel powder, poured into molds, and thermally cured. “We were interested in finding an innovative material for the fabrication of tactile sensors. We aim to obtain a material with high sensitivity that could be prepared with a cheap, fast, and large-scale production process,” Stassi says. By performing a detailed study of the mechanical, thermal, and electrical properties, a comprehensive, accurate picture of the piezoresistive response was obtained.

So what happens when it’s squeezed (or pulled)? The resistance of the sample decreases exponentially with the applied pressure by following the tunneling conduction mechanism. Uncompressed, the resistance was found to be greater than 1 GΩ; with applied pressure up to 2 MPa, the resistance decreased to below 1 Ω. When it’s heated, a similar effect is observed. Since thermal expansion is prominent in elastomeric polymers, increasing the temperature causes the insulating layer between metal particles to expand and the probability of tunneling decreases.

The possibility to obtain such a large variation in resistance upon a small deformation and temperature change makes this composite material a good candidate for sensor applications. “The future projects for the nickel-elastomer composite are based on the development of a tactile sensor, its dedicated electronics, and the integration on a robot hand,” says Stassi. “The aim will be also to understand the role of different figures of merit based on the filler morphology, such as the number of tips, the height of the tips, with respect to the piezoresistive composite performances.”