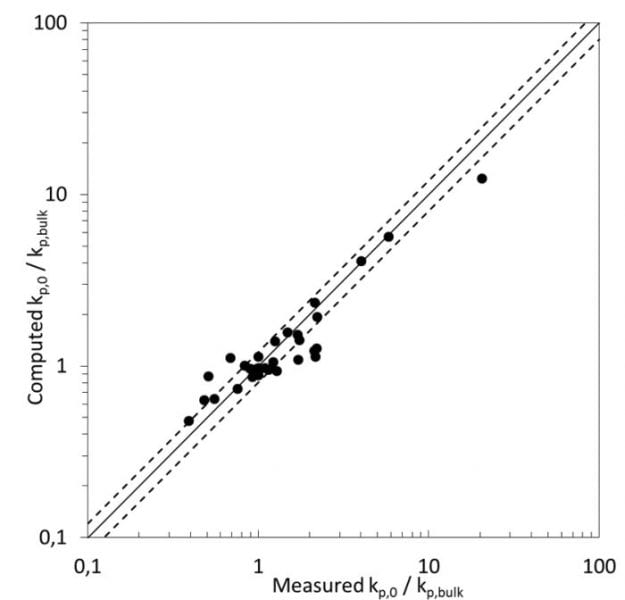 For decades, it has been the common opinion that the kinetics of radical polymerization is more or less unaffected by the solvent nature – contrary to ionic polymerization – as long as the reaction is chemically and not diffusion controlled. This view changed dramatically with the emergence of the PLP-SEC (pulsed-laser polymerization – size exclusion chromatography) technique which allows for a precise experimental determination of the propagation rate coefficient in radical polymerization. The wide-spread application of this technique to radical polymerization in various solvents revealed; however, that there actually exist very significant solvent effects in radical polymerization. Depending on the system – solvent(s), monomer and their concentrations – the measured apparent propagation rate coefficient may increase, but also decrease, by a factor of 10 or even more when switching from bulk monomer to rather dilute concentrations or between different solvents. Even though well-proven experimentally, and despite various attempts to explain this effect at least qualitatively, the origin was not fully understood from a theoretical viewpoint, and no quantitative prediction was possible. 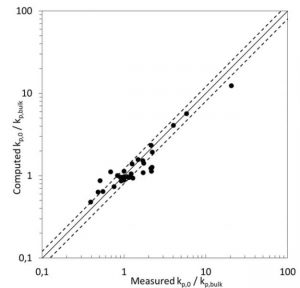 Recently, K.-D. Hungenberg (from the University of Paderborn) together with P. Deglmann and H. Vale (from BASF SE) reported a novel view to this effect. They applied classical Eyring transition state theory to the propagation step in radical polymerization, and successfully correlated the ratio of computed activity coefficients γ of all species involved – (γMγP*)/γTS (M = monomer, P* = propagating radical and TS = transition state) – with the reduced propagation rate coefficient kp/kpB. The prediction of activity coefficients of these (partially transient) species was performed here with the quantum chemistry based solvation model COSMO-RS.

As a consequence, the solvent effect can be entirely rationalized by the degree of thermodynamic non-ideality of the system, and this explanation also covers the behavior for complex or less common solvents like water or ionic liquids, and some unusual monomers like iso-bornyl methacrylate. In addition to offering a sound explanation of the solvent effect, this new approach (experimental determination of the rate coefficient in bulk combined with COSMO-RS or similar methods) drastically reduces the effort to explore the solvent effect on kp. Typically, it takes less than a day to compute the change of activity coefficients with medium composition, whereas the respective PLP-SEC experiments might require several weeks or months for even a skilled experimentalist.