A liquid-based, solar-powered soft robot has this writer dreaming of its potential applications in space explorations and beyond. 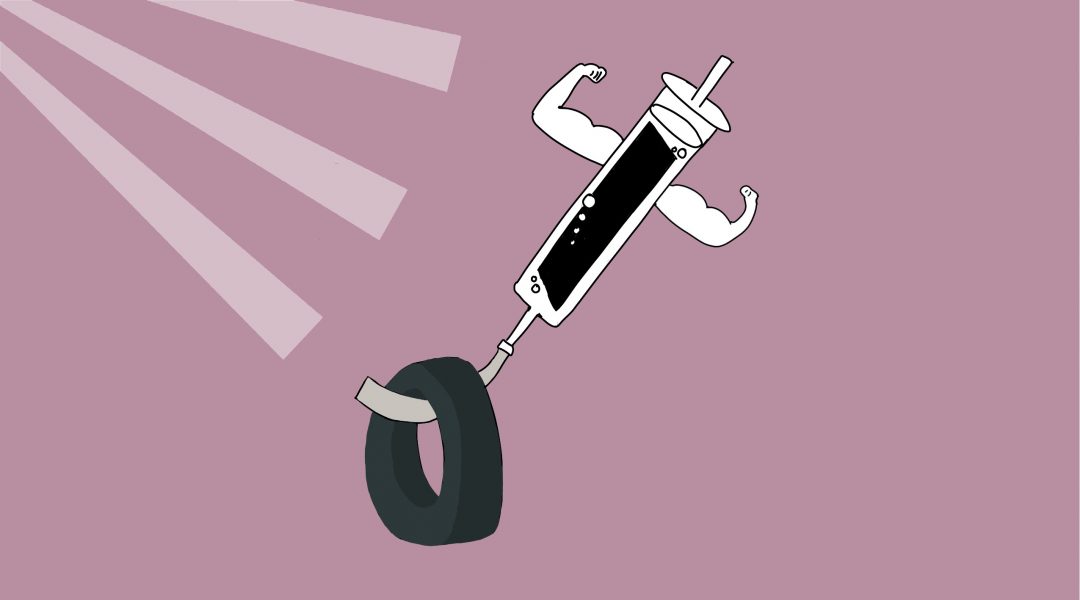 In the weeks leading up to the Perseverance landing, I wanted to appear knowledgeable about Mars, so I decided to read The Martian by Andy Weir. As neither an employee of NASA nor an aerospace engineer, I missed most of the technicalities. What I did learn, though, is something I probably won’t forget: there are just so many ways to die on Mars, and most of them are deceptively innocuous. Consider Mark Watney’s solo journey to Schiaparelli crater, where he was picked up for the journey back to Earth. It took days for him to notice the storm and realize its dust had undermined his solar panels. Without functioning solar panels, he could have lost life support.

On second thought, perhaps that is the more meaningful lesson about surviving on Mars: make sure to take solar panels with you, and check that they were working!

Solar power is so important for space travel because it is clean, available for another four billion years, and can be generated across the solar system. When planning future space travel, perhaps a good strategy is to build equipment that runs on solar power and devices to monitor fluctuations in the light received by solar panels. Both aims (and more) were achieved by academics from the Massachusetts Institute of Technology and the University of British Columbia in the recent paper “Solar-Driven Soft Robots”, which describes a cleverly designed soft robotic actuator.

A soft robot is given the distinction “soft” because it is often made out of soft materials like polymers (silicones and waxes), biomaterials (gelatin and agar), and even bags of grains. An actuator is simply a fancy term for a setup that can move and control a robot. The reason soft robots are in development is something that any child who grew up playing with silly putty intuitively understands. Unlike a robot made out of metal or plastic, a soft robot has far more than six degrees of freedom. It can bend, twist, stretch, compress and anything else you can imagine. Because of its range and flexibility, a soft robot is a great option for exploring unknown terrain in resource-strapped environments like on Mars.

In their paper, Mirvakili, Leroy, Sim, and Wang describe a mechanism that uses incoming solar rays to help a soft robot lift objects up to 25 times its weight for only $68 USD.

To build this mechanism, you would start with a syringe filled with methyl perfluoropropyl ether. This is a carefully chosen inert chemical which, unless it finds its way to midsummer India, presents itself in the form of a liquid. Bring it to above 34°C, however, and it vaporizes. Inside the inert chemical you would then place a photothermal film, a sheet that converts incoming light into heat. When you expose the syringe to sunlight, the film inside turns solar rays into heat, and the chemical begins to reach its boiling point.

The higher the temperature, the greater the pressure inside the syringe, and the heavier the load that the robot can pick up. This robot can lift up to 25 times its own weight! (In my original draft, I ended this section with “suck it, Antman!” I have since learned that ants can lift 5000 times their own weight…)

Okay, so we have a piece of silicone rubber that can bend under heat. But how do we operate it? It turns out we can make it into a robot by adding a controls system. This is what allows the gripper to bend and straighten. The controls system checks whether the syringe is overheating, and takes steps to reduce the syringe’s temperature.

There are many ways to lower an object’s temperature. If you are eating soup at a fancy dinner party, for example, you may blow delicately on your soup. If you are an overheated long-distance runner at the medical station, you may slap an ice pack on your face. If you were an author on this paper, looking for the most elegant way to change the gaseous phase in the syringe back into a liquid, your solution may simply be to tap the syringe lightly. Because light incident on the photothermal film heats up the liquid, angling the film in a direction with less incident light causes it to heat up less. As the temperature begins to fall, the pressure in the syringe slowly decreases, and the bent gripper gradually straightens.

This solution mimics the method used to maximize light captured by solar panels. The angle of a solar panel is often changed throughout the day, to follow the sun as it changes position, or to search for the sunniest angle as clouds obscure the sky. Active trackers use electronic sensors and a motor to find the brightest part of the sky and rotate the panel in that direction. Passive trackers let gravity do the work: as the sun’s heat moves liquid around the panel, the liquid-filled parts of the panel feel the weight and tip down, changing the angle of the panel.

It may be not obvious, or at least it wasn’t to me, but according to the authors the mechanism described in this paper could also serve as a tracker for solar panels. The pressure output measured by the microcontroller indirectly tells us the temperature of the photothermal film, which indirectly tells us its angle. By recording pressure and converting it to temperature, we have a sensor that tells us when the solar panels are angled away from the brightest part of the sky.

Because this actuator is made up of liquid, the science can work at smaller scales too. Perhaps we could find ourselves with tiny liquid capsules operating tiny solar panels, as if Willy Wonka’s television room had shrunk this mechanism to fit in your smartwatch.

To Mars and beyond

This soft robot requires less power to operate than an active tracker, which allows us to conserve power where every bit of it is extremely important: in space. On Mars, an astronaut could simply set this soft robotic gripper facing incoming sunlight and watch as it lifts heavy objects or perhaps even digs at the terrain to collect soil samples.

Mark Watney eventually escaped the dust storm with the help of – you guessed it – those solar panels. Deducing that the storm was travelling either North or South, he drove along the North-South axis and used the solar panels to measure incoming light along his route. If the solar energy collected over time was greater on the Southern-most panel than one further North, he concluded that the storm was lighter towards the South and was moving North.

I think I can speak for most people when I say I wouldn’t wish Watney’s experience on even my worst enemy. Even with his savvy, there was no guarantee he would survive. Still if Watney’s journey were ever to become more than fiction, I feel hopeful that the solar-powered innovations presented in this paper and more to come would offer a stranded astronaut the support they need.

To read more articles by Medha, check out her blog Soft Materials, Hard Science, which is dedicated to reporting advances in applied soft materials for general audiences via a mix of science reporting and sci-fi.