Klaus Tauer and co-workers (Golm, Germany) report the discovery of an unusually rapid and high-yielding emulsion polymerization reaction that does not follow zero-one kinetics. 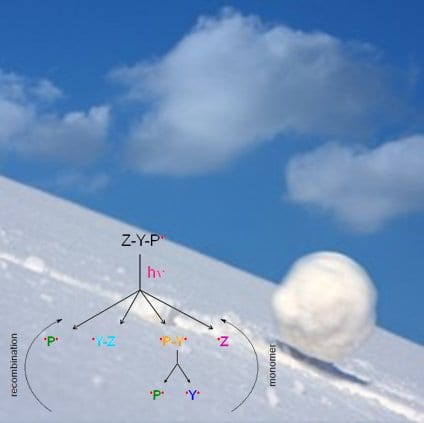 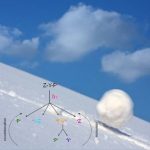 is well understood. Typically, reactions begin with free radical generation, and in many cases result in polymer particles that are less than 100 nm in diameter, and contain either one or no growing radical.

In contrast to classical emulsion polymerization, these unprecedented snowballing reactions are rapid and high-yielding, with each particle simultaneously containing more than five radicals ‑ a consequence of phosphine oxide photoinitiator incorporation into the nascent polymer backbone and repeated radical generation upon photo-irradiation.

Snowballing radical polymerization can be exploited to design and create polymers and particles with previously inaccessible properties.