Smart molecules could be the key to computers with bigger memories

Researchers have discovered a single-molecule "switch" that can act like a transistor and offers the potential to store binary information. 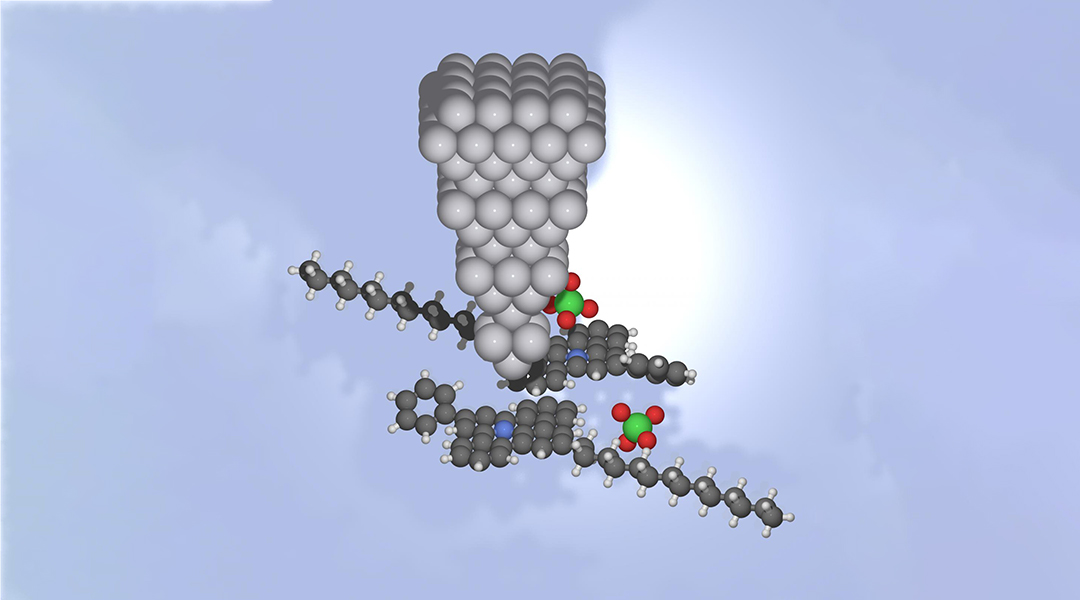 As we reach our computing capabilities, alternative means of storing and transferring information are being explored by researchers around the world. Now, a recent study published in Angewandte Chemie has identified a single-molecule “switch” that can act like a transistor (a device used to amplify or switch electronic signals) to store binary information.

According to the study’s authors, “the appeal of molecular electronics lies in the easy bottom-up fabrication of nanostructures with functions that mimic, and sometimes surpass, those of traditional electronic components,
while achieving ultimate spatial density.”

The advantage is that the molecule is around five square nanometers in size, which means that the researchers could potentially fit more than one billion of them onto the cross-section of a human hair. This could provide an information density of around 250 terabits per square inch, which is around 100 times the storage density of current hard drives.

Information can be stored in the molecules’ “bright” or “dark” states, which are switchable when a small electric current is applied. What sets the study apart from previous research on molecular electronics is the fact that it can be done at room temperature under ambient air pressures — where previous studies generally reported vacuum conditions at very low temperatures.

“There is an entire list of properties that a molecule has to possess to be useful as a molecular memory,” said Dr. Stijn Mertens, senior lecturer in electrochemical surface science at Lancaster University and lead researcher on the study. “Apart from being switchable in both directions under ambient conditions, it has to be stable for a long time in the bright and dark state, and also spontaneously form highly ordered layers that are only one molecule thick, in a process called self-assembly. Ours is the first example that combines all these features in the same molecule.”

Using a scanning tunneling microscope, the team was able write and store binary information at a density of 41 Tbit/cm2 by selecting either the molecules’ light or dark state. The concept is based on an organic salt that contains both a positively charged cation group and a negatively charged anion group. The salt self-assembles into a highly ordered 2D crystal, and adopts different states depending on the presence or absence of an electric pulse, which changes the way in which the cation and anion interact and stack together.

“Because chemistry allows us to make molecules with sophisticated functions in enormous numbers and with atomic precision, molecular electronics may have a very bright future,” said Mertens.

Tying up molecules as easily as you tie up your laces
Material found in paint may hold the key to a technological revolution
Drinking coffee out of coffee: The material potential of spent coffee grounds
Quantum bits that exist in two time dimensions