Simple Could Be Better Than Complex

Contrary to conventional strategies, an extremely low thermal conductivity can be obtained in materials with simple composition. 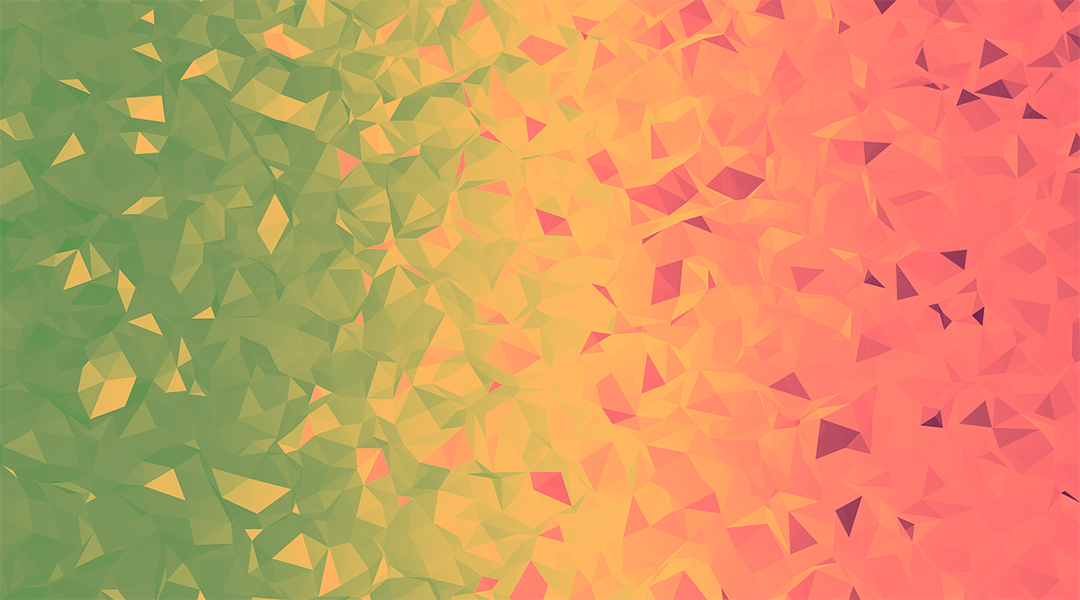 Since the 1950s, it has been well-established that thermal conductivity can be reduced by adding foreign atoms into a crystal lattice. These atoms serve as scattering centers for wave-like phonons and effectivity reduce phonon mean free paths. One could thus conclude that increasing the number of foreign atoms would increase the disorder and further reduce the thermal conductivity.2 This tendency has led to the emergence of high-entropy materials,4 where multiple components are mixed into one material and the compositional disorder leads to extremely low thermal conductivity.

Although this strategy of “complexifying” material composition is scientifically correct, it does not consider the critical technical issues in real engineering applications, including long-term stability, material synthesis, and recycling, such as the following:

(1) Material synthesis. It is challenging to synthesize complex materials with precise stoichiometry and compositional homogeneity at microscale. For example, due to the large difference in the vapor pressure of the multiple components, it is difficult or even impossible to synchronize their vapor pressure within one vacuum chamber for vapor deposition of thin films. This would lead to unavoidable deviation of the composition, ultimately hurting the stability and properties of the materials.

(2) Material recycling. Materials with complex compositions are much more difficult to recycle as the processes of separation and sorting become challenging; some materials even become non-recyclable. Incorporation of multiple elements not only increases the cost of material synthesis, but also leads to accelerated exhaustion of the natural resources.5 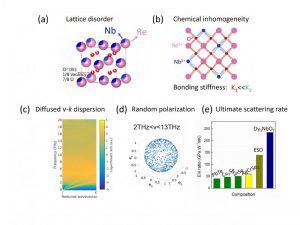 Figure 1. a) Lattice disorder in Ln3NbO7, including random occupancy Re3+ and Nb5+ on the cation sites and anion sites with 1/8 vacancy, and b) chemical inhomogeneity due to large deviation of bonding stiffness and bonding length. c) SAED pattern suggesting the diffused frequency-wave vector dispersion. d) Spatially random polarization directions for lattice vibration modes between frequency of 2 THZ and 13 THZ. e) The E/k ratio comparison between Dy3NbO7 and PbTe,1 Cu2Se,10 SnSe,7 AgCrSe2,9 and the entropy-stabilized oxide MgxNixCuxCoxZnxGexO (x = 0.167).4

In a totally opposite direction to the conventional strategy of complexifying material composition, a recent study by Wan and coworkers has demonstrated that extremely low thermal conductivity can be obtained in materials with simple composition.6 The research team reached the theoretical minimum thermal conductivity in a binary Ln–Nb–O oxide system. This material is stable in harsh temperatures, oxygen, and ash-blasting environments.

“We believe the current study may challenge the long-lasting concept that one should increase the number of components to reduce the thermal conductivity without consideration of the technological attainability, says Chunlei Wan, corresponding author. “We point out a new avenue to look into ‘simple’ materials with large internal chemical inhomogeneity, which would be of both scientific and technological significance.”

With a stable crystalline structure (Figure 1), the Ln–Nb–O oxide-based material showed a temperature dependence not observed in ordinary crystalline substances. In crystals, thermal energy is transported by the propagation of quantized lattice vibrations, i.e., phonons, which have well-defined wave vectors and polarizations due to the long-range translational invariance. Phonons can transmit hundreds or thousands of nanometers before being scattered by other phonons with relatively high thermal conductivity. This gives rise to the negative temperature dependence of thermal conductivity in most crystalline materials.

Using molecular dynamics simulations, Wan et al. showed that besides the intrinsic atomic disorder, chemical inhomogeneity, including the fluctuation of atomic charge and bonding length, plays a major role in increasing the scattering rate of lattice vibration. The ratio between Young’s modulus and thermal conductivity E/k (∝1/Cvτ, where τ is the phonon lifetime between two scattering events) can be used as an indicator for scattering rate of lattice vibration. It was found that the lanthanide niobates has an ultimately high E/k value compared with all the recently discovered low thermal conductivity materials (Figure 1).

Furthermore, in Ln3NbO7, the wave-like nature of the lattice vibrations has been broken (Figure 1). Only a few percent of vibrational modes behave like propagating phonons (propagons), as in ordinary crystals. For almost all the vibrational modes, the polarizations become spatially random, and dispersion (wavelength-wavevector relationship) for most of the vibrational modes are no longer well-defined. Using the eigenvector analysis, most of the vibrational modes are found to be diffusons, which are weakly localized modes with random polarization. Thermal energy is inefficiently transported by the diffusons, leading to the lowest thermal conductivity in the whole temperature range and unconventional temperature dependence, significantly different from ordinary crystals.

Instead of the conventional wisdom to search for low-thermal-conductivity materials with complex composition, this work proposes a completely new route using simple molecular composition. This is not only of scientific importance but also of technological significance, with immediate and broad impacts expected in the communities of thermal conductivity, ceramics, thermoelectric materials, thermal barrier coatings, and high-temperature thermal insulations.