The Terrones group at The Pennsylvania State University in the US has reported a controlled technique able to dope graphene with silicon atoms. 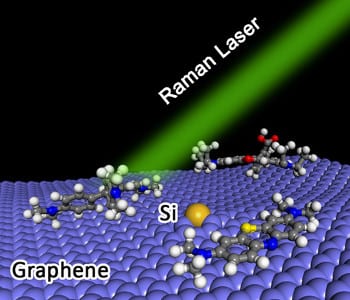 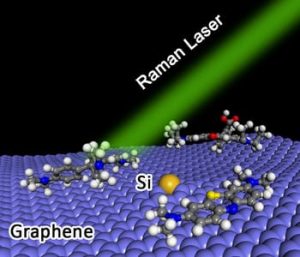 To this end, the Terrones group at Pennsylvania State University in the US has reported for the first time a controlled technique able to dope graphene with silicon atoms. This Si-doped carbon sheet could be employed as a sensitive probe to efficiently detect a variety of molecules via Raman scattering. The sensitivity can be attributed to the modification of the structural and electronic properties within graphene caused by the presence of Si atoms. The researchers believe that their results open up avenues for developing atom-thick sensors able to detect trace amounts of organic and fluorescent molecules.