Nanotwinned metals have been an important research object in the last 15 years because of their broad engineering application prospects. 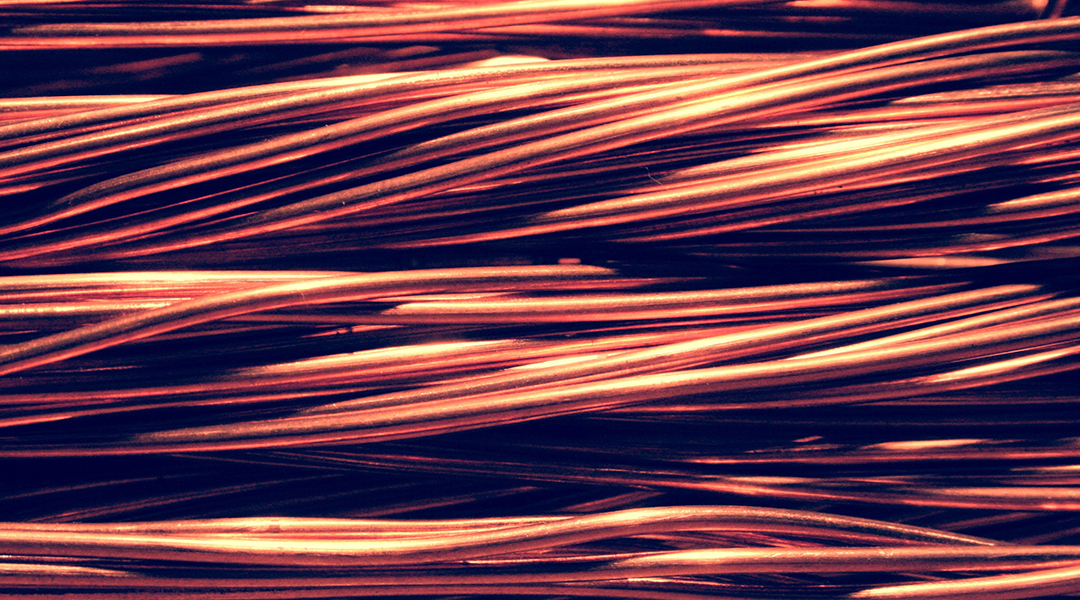 Nanotwinned metals have been an important research object in the last 15 years because of their broad engineering application prospects. For example, the nanotwinned Cu have been proven to show excellent mechanical properties, good thermal stability, and high electrical conductivity, etc.

However, it has long been accepted that the nanotwinned metals have weak radiation resistance, because they contain mostly coherent twin boundaries (CTBs) which are considered ineffective sinks for the irradiation-induced crystal defects.

Recently, in situ studies have reported that nanotwinned metals (e.g., Cu and Ag) can also exhibit unprecedented radiation tolerance, and unexpectedly self-healing of the twin boundaries in response to radiation was observed. While these experimental findings renewed the conventional understanding of nanotwinned materials on the alleviation of radiation damage, the underlying atomic mechanisms are not clear yet. 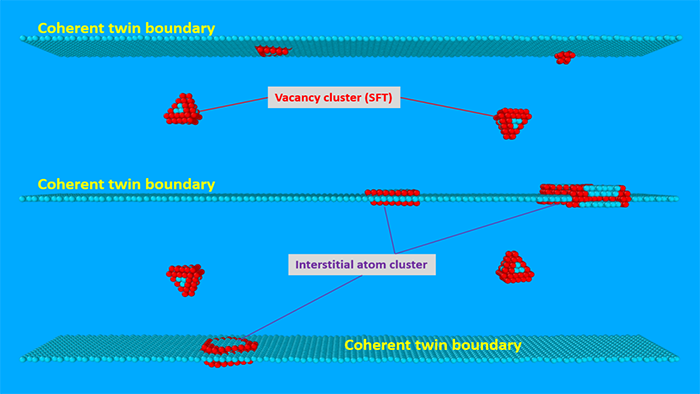 To shed light on this novel and important phenomenon, researchers from the Materials Modelling Lab in the University of Tokyo carried out long-time molecular dynamics simulations to investigate the dynamic interaction between the twin boundaries and some typical irradiation-induced point defects.

These structural features can better represent the real structure of CTB in the materials. Atomistic simulations have clearly shown that the imperfect CTB structures are closely related to the ability of twin boundaries to act as a sink for radiation-induced defects, and they are expected to affect the overall radiation tolerance of nanotwinned materials.

The researchers proposed two possible self-healing mechanisms of nanotwinned metals to absorb the irradiation-induced point defects. In the first simulation case, they have shown that while a perfect CTB is ineffective for absorbing SFTs, a defective CTB structure containing ITB segments can provide a preferential site and diffusion channel to remove them.

The absorption process of the point defects can be accelerated by the migration of ITB. The second simulation case indicates that CTBs absorb SIAs preferentially over vacancies, and the SIAs exist on CTBs in the form of dislocation-loop-like interstitial atom clusters. The SIA clusters on CTBs can subsequently provide absorption sites that favor the annihilation of vacancy clusters inside grains. The simulation work gives a good explanation for the recent experimental findings and provides further support for the design of radiation-tolerant nanotwinned materials.

The manuscript titled with “Atomistic simulation of the interaction between point defects and twin boundary” by Zhang et al. online now, published in physica status solidi (b).

Fluorescent nanodiamonds successfully injected into living cells
Can AI solve the mysteries of photonic nanostructures?
What can AI tell us about the early universe?
Liquid-Metal-Driven Micromachines for the Next Cutting-edge Technology