Self-folding paper structures, right out of the printer

Scientists develop a simple method that mimics plant motion to get paper to fold itself after printing. 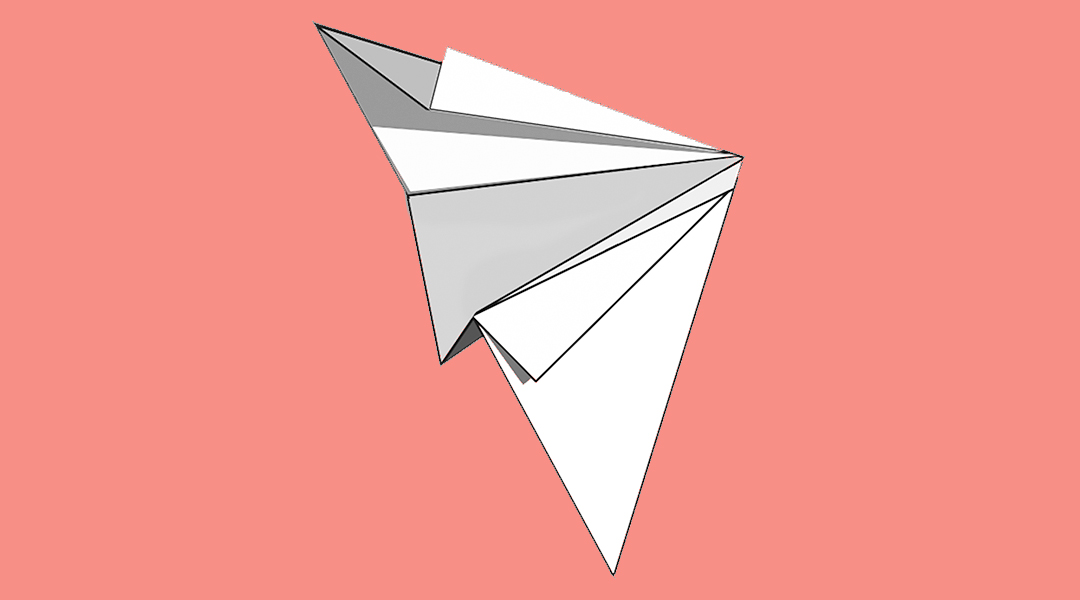 The field of robotics frequently takes inspiration from nature, with many designs aiming to mimic the efficiency and versatility inherent in biological systems, such as the movement of muscles or the dexterity of the human hand. But it’s not often that you hear of the motion of plants being used to design smart materials. However, plants are capable of performing complex movements — albeit at a very slow pace.

In a recent paper published in Advanced Intelligent Systems, a team of scientists from Shibaura Institute of Technology (SIT) and Waseda University, Japan, developed self-folding paper based on the mechanism observed in plants in which movement is controlled by the cellulose-guided absorption and release of water. Even more intriguingly, they achieved this using nothing more than a standard inkjet printer.

“Printing technologies to produce objects rapidly are currently in the spotlight, such as 3D printing,” said Hiroki Shigemune from SIT, lead scientist on the study. “However, printing functional mechatronic devices remains a huge challenge; we tackled this by finding a convenient method to print self-folding paper structures. Since paper is mostly cellulose, we drew inspiration from plants.”

The advantage here is that self-folding structures can be created in less time than through a 3D printer, which must build an object layer-by-layer. The self-folding process requires no external energy sources or complex machinery, making it an attractive environment-friendly option to realize truly plant-inspired motion. In addition, hollow structures can be assembled without the need for supporting materials, which can result in wasted resources. Hypothetically, a flat structure could be inserted easily into a narrow space then form a structure after entering, which might be useful in disaster relief or medical settings.

To do this, the team printed simple lines onto sheets of paper using water-based inks that contained varying concentrations of different solutes, such as lithium chloride. They found that pure water inks caused an immediate folding reaction, and a high concentration of lithium chloride caused a slightly delayed folding start. By varying the concentration in the four cartridges, the team could control folding starts at different points for better control in the final structure.

Sites of actuation or movement were determined by applying the solution to specific places on the paper. This simple approach allowed them to produce various self-folding origami structures, including a traditional paper plane and a small paper ladder that positions, hangs, and then retracts itself. “Our technology can be used to very easily produce flexible, stretchable, deployable, and crushable origami structures by simply designing an appropriate printing pattern,” said Shingo Maeda from SIT.

Now, the research team will focus on using this novel self-folding method to develop mechatronic devices. To do this, they will combine this approach with a previous technique they themselves had developed; a way to print electrical wiring onto paper also using a standard printer.

“By merging these two technologies, we will realize a rapid yet simple fabrication procedure for mechatronic elements and paper robots,” says Dr. Shuji Hashimoto from Waseda University, “It would find applications in the space, healthcare, and agriculture fields, where tailor-made and disposable intelligent devices are needed.”

In an exciting next step, the team said in a statement that they had succeeded in achieving “posteriori phototropism” in a silicone rod, which means they managed to recreate the natural ability of some plants, like sunflowers, to follow the sun. They envision this having widespread application in solar energy. “Using this technique, we could design more efficient solar panels by ensuring they face the sun at all times,” said Hideyuki Sawada from Waseda University.