Incorporating polymer skeletons inside bacteria stops them from replicating and results in cyborg cells that are half living, half artificial. 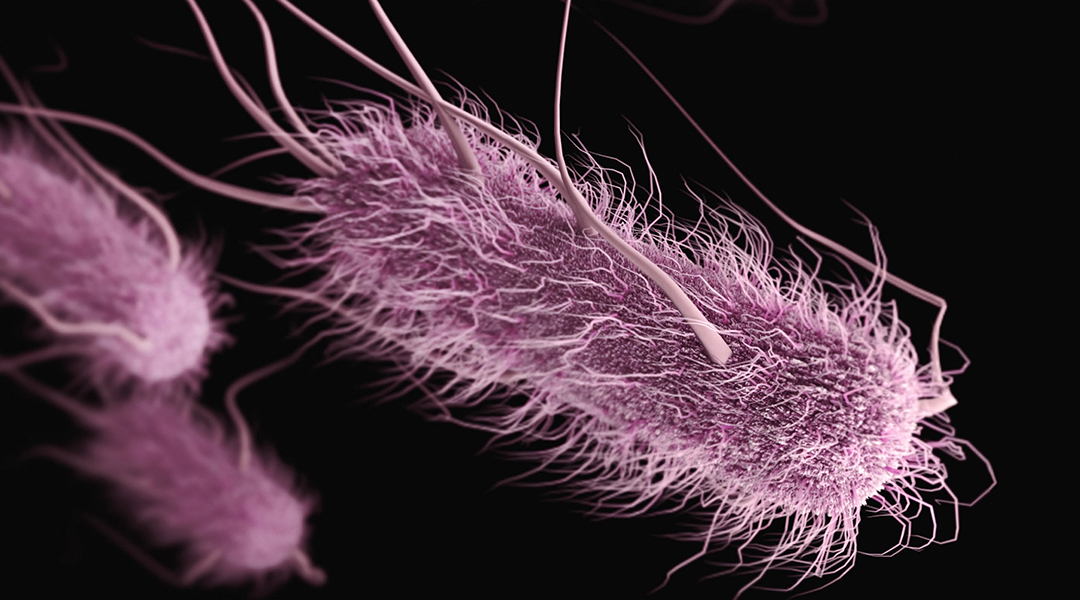 A “holy grail” in synthetic biology is the creation of fully programmable biomachines created by modifying living cells. These living cyborgs, if you will, have found proof-of-concept applications in areas such as living therapeutics, bioremediation, and drug delivery.

While their potential is high, their real-world application has thus far been limited as they can be difficult to control due to their natural ability to adapt and evolve in response to their environment. We’re not talking rogue, man-eating cyborgs; however, applying these autonomously replicating organisms often requires tailored biocontainment strategies, which can raise logistical hurdles and safety concerns.

“In contrast, non-living synthetic cells, notably artificial cells, can be created using synthetic materials, such as polymers or phospholipids,” wrote scientists from the Institute of Biomedical Sciences at the Academia Sinica in Taipei and the Department of Biomedical Engineering at the University of California. “Meticulous engineering of materials enables defined partitioning of bioactive agents, and the resulting […] systems possess advantages including predictable functions, tolerance to certain environmental stressors, and ease of engineering.”

In their study published in Advanced Science, the team created half-living artificial bacteria they dubbed cyborg cells that combine the best of both worlds: the engineering simplicity of synthetic materials with the complex functionalities of natural cells.

To do this, they assembled a synthetic polymer network inside bacteria by infusing them with a chemically stable and non-degradable synthetic hydrogel. “Cyborg bacteria are created by exposing the bacteria to a hydrogel solution,” explained Che-Ming J. Hu, one of the study’s senior authors. “The solution is activated [with UV light] to crosslink the hydrogel inside bacteria, which creates a prosthetic skeleton.”

“They can be further engineered to solve environmental challenges, diagnose or treat diseases, and tackle antibiotic-resistant bacteria,” said Tan. “Potentially without the risk of contaminating ecosystems or organisms as living synthetic cells would because their ability to reproduce has been eliminated.”

In contrast to genetic approaches for engineering artificial cells by modifying their DNA, this hydrogel-mediated generation of cyborg cells has the added advantage of being easily applied to different bacterial strains without needing to consider compatibility with complex genetics.

“Hence, we tested the intracellular hydrogelation protocol on different E. coli strains with different genotypes and lineages,” said the team. “Our ongoing, unpublished work also shows that the protocol can be applied to different bacteria species than E. coli.”

Consistent with their earlier results, the hydrogel skeleton was readily established inside E. coli MG1655 and the probiotic strain Nissle 1917, resulting in Cyborg MG1655 and Cyborg Nissle 1917 cells under the same light-mediated protocol.

Next, the team demonstrated that in addition to the preservation of natural cellular functions, they could also induce new functionalities into their cyborgs, such as the ability to resist stressors that would normally kill their natural counterparts, such as high pH environments or the presence of hydrogen peroxide or antibiotics. “These abilities may increase the robustness of the cyborg bacteria for practical applications in [the human gut] or natural environments like soil, food waste, and river,” added Tan.

Lastly, they showed that the cyborg cells could be used to invade cancer cells in in vitro models. “We engineered cyborg cells that could invade mammalian cells aided by the protein Invasin,” they wrote. “Invasin is a single-gene protein from Yersinia pseudotuberculosis known to mediate adhesion and invasion of mammalian cells when expressed in E. coli.”

The team says this work is still in its preliminary stages. How they might differentiate between healthy and diseased cells as well what they would do once inside a cancerous cell, for example, is still ongoing.

Nevertheless, this is an interesting proof-of-concept, demonstrating how the combination of synthetic materials and natural cells can create semi-living entities with hybrid characteristics and new capabilities. Future directions, says the team, will involve improving their production and refining their operation.

“They currently have a limited operating duration once deployed,” explained Luis Contreras-Llano, the study’s first author. “Furthermore, improvement is required to manufacture them at high quantity and purity.”

In order to continue to add to the growing body of knowledge, Tan said his team hopes to continue exploring the impact of human-made polymers on living cells in order to further develop biotech applications, while also exploring ethical implications of these “half-living” entities.

“The process of creating cyborg cells by hydrogelation raises a host of novel bioethical questions, two of the most important of which are probably: Are cyborg cells a new kind of life? And how can we be ethically responsible when investigating the cellular–hydrogelation processes — for example, the hydrogelation of yeast and other non-prokaryotes for deployment in natural environments?”

Getting a charge out of liquid metal batteries
Renewable energy from wildflowers for a more sustainable bioeconomy
Anti-aging drug could help turn back the clock
With fewer disruptive studies, is science becoming an echo chamber?