Philae Marks the First Ever Soft Landing on a Comet

In 2014, scientists achieved the first ever soft landing on a comet, forever pushing the boundaries of space exploration. 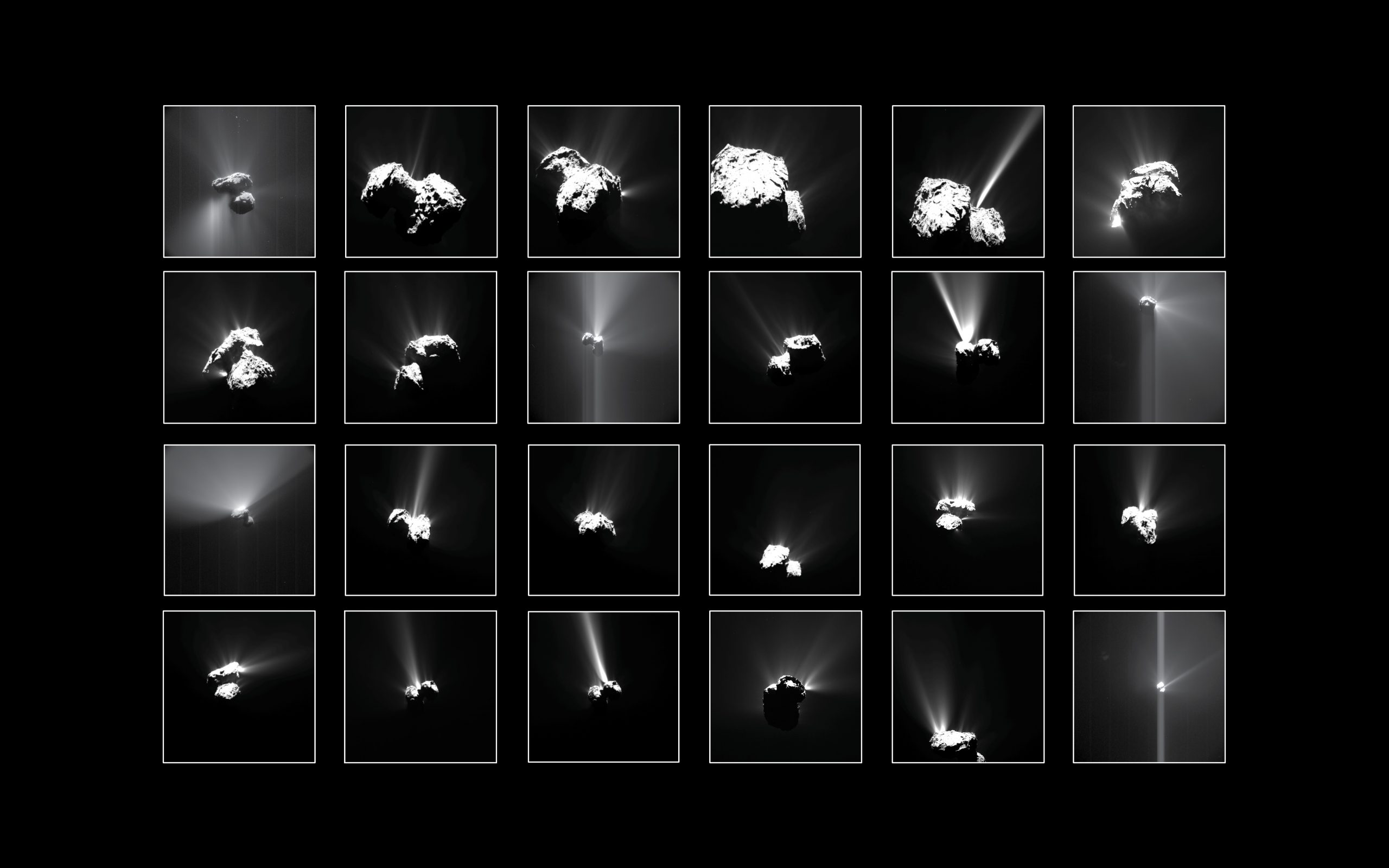 On November 14, 2014, the Philae lander accomplished the first ever soft landing of a human-made spacecraft on the surface of a comet—a never before accomplished feat, and one that was considered very ambitious and risky at the time. The landing was part of the Rosetta mission launched by the European Space Agency (ESA), which aimed to improve our understanding of comets and their role in the formation of our Solar System.

In August 2014, after a ten year voyage through the solar system, Rosetta became the first spacecraft to orbit a comet, catching up with 67P/Churyumov–Gerasimenko (67P/C-G) (67P indicates that it was the 67th periodic comet discovered, and Churyumov and Gerasimenko are the names of its discoverers) on its own orbit around the sun.

After launch, Rosetta completed a series of gravity-assisted maneuvers around Earth and Mars, completing the most risky of these when it passed behind the Red Planet, losing contact with Earth for a brief (and likely nerve-wracking) period. Along the way, Rosetta completed close flybys of asteroid 2867 Steins in the main asteroid belt and asteroid 21 Lutetia, producing spectacular images and gathering a large amount of data that was sent back to Earth.

252 million miles (405.5 million km) from Earth, Rosetta finally arrived at its target destination, and after an initial survey and careful selection of a landing site, Philae was sent to the comet surface; it’s mission was to land successfully, attach itself, and transmit data about the comet’s composition. The Philae lander was a passive lander, meaning it did not contain any guidance systems to manipulate its movement before landing. The Philae lander was equipped with ten instruments to study the interior and surface of 67P/C-G, as well as its cometary environment.

Unfortunately, the landing did not go exactly as planned. On November 12, controllers identified a problem with one of Philae’s thrusters, which was meant to prevent the lander from bouncing after making contact with the surface. The team decided to rely on a series of harpoons to anchor the lander to the surface and proceeded with the mission. The harpoon system did not work the first time, causing the lander to bounce after its initial touchdown and tumble for two hours before settling on its side about half a mile away from the intended landing site.

Before Philae’s landing, experts had believed that cometary surfaces might be soft as a result of low gravity and some even feared the lander might sink too far into the surface after landing. Later analysis had determined that the planned landing site was not “soft and fluffy” as originally thought, but held a large amount of water and granular material in a layer 24 cm deep. While the landing did not go exactly as planned, it did provide scientists with a valuable and surprising discovery regarding the comet’s morphology.

As the team struggled to locate it, Philae began its initial data collecting tasks. The lander sent spectacular images of the comet’s surface back to Rosetta, but after about three days, it went into hibernation when its primary battery drained and could not be regenerated with solar power as the lander had fallen into a shadowed crack. After searching for years, the ESA was finally able to locate Philae in September 2016—just in time for the mission’s finale—using radio data and images gathered by Rosetta.

Between 2014 and 2016, Philae would periodically send data it had historically collected to Rosetta, awakening whenever its batteries could be sufficiently charged. In that time, Philae’s instruments had detected a rich mix of organic compounds, including four—methyl isocyanate, acetone, propionaldehyde, and acetymide—that had never been spotted on or around a comet before. Additional analysis also revealed lots of water and carbon dioxide, as well as ammonia, hydrogen cyanide, and hydrogen sulfide (indicating the comet’s surface smells like rotten eggs). In 2014 and 2015, Rosetta also spotted phosphorus and small organic compounds such as glycine, the simplest amino acid. These discoveries, in conjunction with the data gathered by Rosetta, suggest that comets could have helped bring about life on Earth by seeding our planet with the necessary materials.

The insight gained from these, and a plethora of other results gathered by Rosetta and Philae, have provided scientists with valuable insights and long sought after information about the composition, structure, and role that comets play in our universe.

Data aside, the fact that humans were able to visit and (somewhat) successfully land on a comet is almost surreal and a major achievement that will no doubt open doors for future missions. Some experts project that even as soon as the next few decades the mining of asteroids and comets could provide us with a large-scale source of highly valuable materials that are currently limited or scarce on Earth. In addition to increasing supply, the concept of space mining (as sci-fi as it seems) could expand frontiers in space exploration, providing support for future, off-planet civilizations or missions.

While these ideas lie at the end of a long road, requiring much more research and exploratory missions, the Philae mission was a first crucial step, proving we could achieve landing on a body hundreds of millions of miles away from Earth, and has paved the way for a new type of exploration.