Robots in the workforce: How can we compete?

Researchers calculate the automation risk of almost 1000 existing occupations and provide alternatives based on skill set. 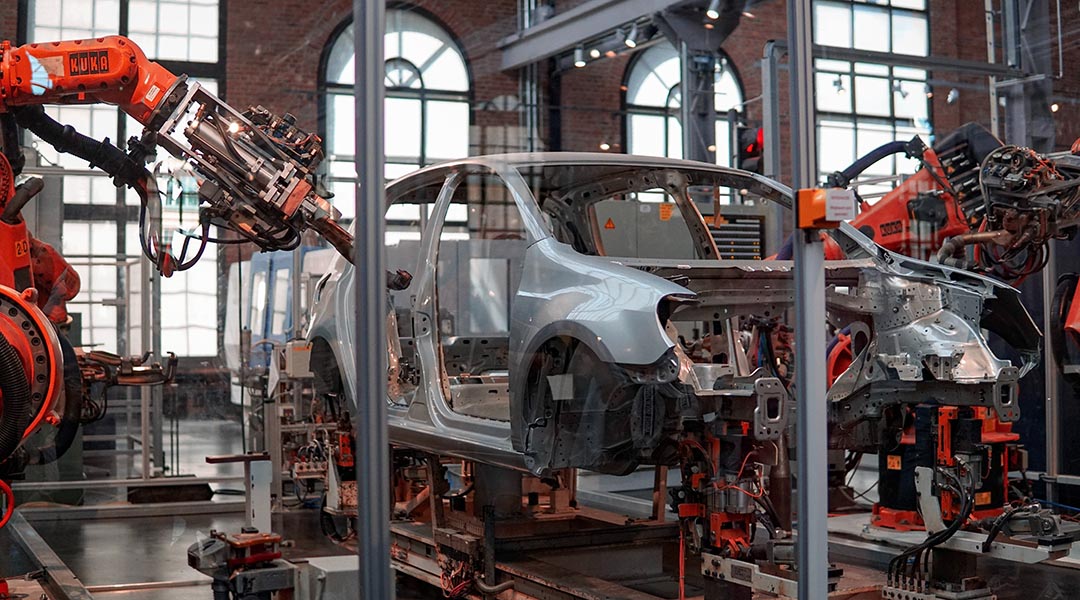 The First Industrial Revolution began in the late 1700s with the development of new technologies based on steam power, mechanization, and the beginning of mass production. In the Second Industrial Revolution, electricity brought with it further automation and advancement of productive forces.

The Third blossomed out of electronics and information technologies, and now, as we watch the Fourth Industrial Revolution unfold — an age in which disruptive technologies such as artificial intelligence (AI), the Internet of Things, robotics, 3D printing, and quantum computing, to name but a few — many are left wondering the same questions which were asked before: How will this impact the workforce? Will these changes improve or hinder our current standard of living?

What jobs are most at risk

To answer them, a team of researchers from EPFL in Switzerland and economists from the University of Lausanne were curious as to what jobs were at greatest risk of being replaced by computers, and what that might mean for the people in those sectors.

With each advancement came life-changing transformations (both positive and negative) and, of course, job disruptions as workers were replaced by machines. Over the last twenty years, new smart technologies have caused similar changes in labor markets around the globe, with some roles completely disappearing, but with new ones also created.

“There are several studies predicting how many jobs will be automated by robots, but they all focus on software robots, such as speech and image recognition, financial robo-advisers, chatbots, and so forth,” explained Dario Floreano, director of EPFL’s Laboratory of Intelligent System and lead author on the study, in a statement. “Furthermore, those predictions wildly oscillate depending on how job requirements and software abilities are assessed.”

The social effects of the Fourth Industrial Revolution might be different because the next wave of robotics and AI will also affect medium- and high-skill jobs, including jobs with cognitive and creative components as well as jobs requiring qualified manual crafts that were not yet affected by automation.

“Here, we consider not only artificial intelligence software, but also real intelligent robots that perform physical work and we developed a method for a systematic comparison of human and robotic abilities used in hundreds of jobs,” said Floreano.

The team combed the literature to identify studies that focus on advancements in robotic capabilities, such as manipulation, perception, sensing, and interaction with humans, and assessed the maturity level of robotic abilities using a well-known scale for measuring the level of technology development called the technology readiness level or TRL. They combined these data with employment and wage statistics to map robots’ “skills” onto job requirements.

They then compared and matched these skills with those of human workers, which they assessed using the O*net database — a resource database that classifies approximately 1000 occupations in the US job market according to the skills and knowledge that are most crucial for each of them.

Using this type of analysis, the team produced a list of 1000 jobs ranked from highest to lowest risk of being replaced by a machine. According to the results, physicists are at lowest risk while jobs in food processing, building and maintenance, construction, and extraction come with the highest.

“Although in the long run the effects on productivity and overall economic growth could still be positive, the transition may be painful,” wrote the team in their study. So they’ve proposed a means of providing advice.

Studies on future workplace automation and the worries that come with them are not new.

A study released by McKinsey Global Institute in 2017 predicted that roughly one-fifth of the global workforce will be impacted by the adoption of AI and automation, and by 2030, robots in the workforce will replace 800 million workers across the world.

“That doesn’t mean we should be opposed to robots, but it does imply that a more holistic understanding of what their effects are needs to be part of the discussion […] automation technologies generally don’t bring shared prosperity by themselves,” explained MIT professor Daren Acemoglu in a 2020 interview exploring how robots will tangibly influence jobs and wages. “They need to be combined with other technological changes that create jobs.”

As the labor force evolves in the coming years, many experts indicate that while in the past technology has always resulted in employment shifts, new occupations will arise and work will likely require a more interdisciplinary skill set as well as more of a mindset for lifelong learning.

“The key challenge for society today is [learning] how to become resilient against automation,” said Rafael Lalive who co-led the current study at the University of Lausanne.

To provide help to workers facing a more immediate shift, Lalive, Floreano, and their team included a means of finding, for any job on their list, alternative career paths that have lower automation risks and similar skill sets. They’ve made this available through an open-access website called Resilience to Robots.

This, they say, can be used as a model to keep retraining at a minimal rate, making career transitions more feasible and accessible.

“Our work provides detailed career advice for workers who face high risks of automation, which allows them to take on more secure jobs while re-using many of the skills acquired on the old job,” added Lalive. “Through this advice, governments can support society in becoming more resilient.”

How feasible a career transition will be is dependent on the individual and their ability to make a career crossover. As a test, an initial input of “editor” yielded a moderate automation risk, with suggested alternative career paths being physicist or mathematician. Perhaps there might be some kinks to iron out, but the research is building up something important, and it is a good start.

There is no holding back technology, and its impacts will vary between industries, as the current study helped to highlight. If history is any guide, labor markets will likely adjust to changes from technological disruptions and its affect on job demand. However, the greater challenge will be ensuring that workers have the skills and support needed to transition to new jobs in a timely manner.

“Individuals will need to be prepared for a rapidly evolving future of work,” writes the McKinsey Global Institute. “Acquiring new skills that are in demand and resetting intuition about the world of work will be critical for their own well-being. There will be demand for human labor, but workers everywhere will need to rethink traditional notions of where they work, how they work, and what talents and capabilities they bring to that work.”

Algae-Laden Hydrogels Could Bring Buildings to Life
Tierui Zhang: Scientific research is a process of exploring the unknown
Sniffer dogs detect COVID-19
Liquid-Metal-Driven Micromachines for the Next Cutting-edge Technology