“Robotic snake” can grip and pick up objects

Researchers in Australia take inspiration from nature to create a soft-robotic gripper that moves away from the conventional hand-like design. 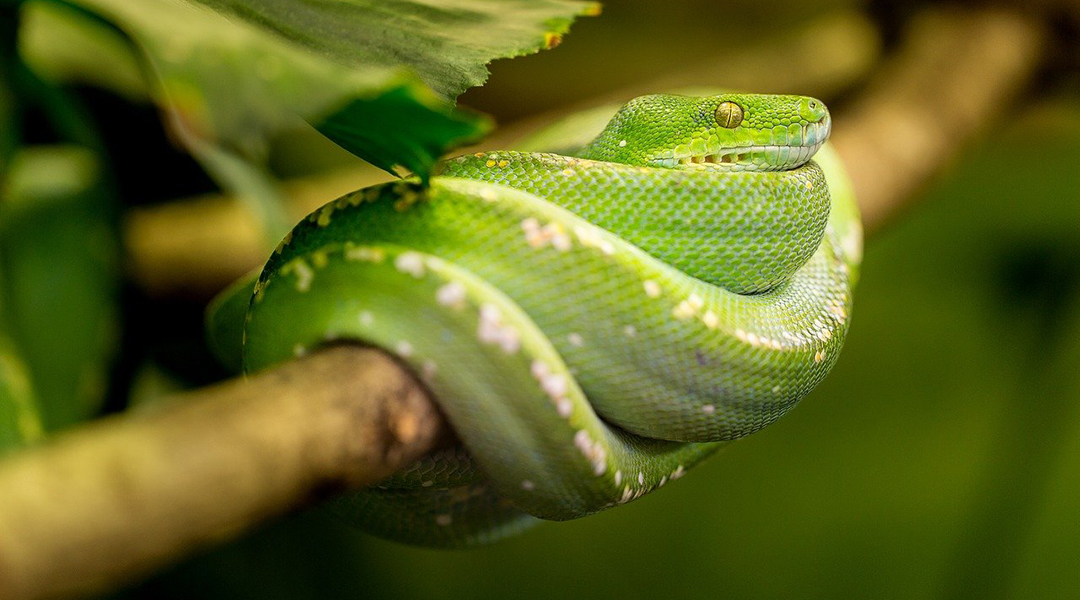 Soft robots is a burgeoning field combining electrical engineering and materials science to create robots that can move without the traditional use of motors, cogs, hinges, and other joining parts. Instead, movement and actuation come from the properties of the materials themselves, for example, a single piece of material changing shape upon external stimuli such as light, pressure, or electrical current.

As we learn more about these materials, scientists are getting better at designing soft robots that move in more precise, pre-designed ways.

Now, a team the University of New South Wales Sydney, have made a soft robot inspired by natures. Namely, snakes. Publishing in Advanced Materials Technologies, the researchers made a material that behaves in a similar way to a snake’s body, or elephant’s trunk, to grip objects, enabling in this way the robot to grasp delicate without breaking them, or heavy objects without dropping them. If they can find an industrial partner, they hope their “robot snake” can be commercially available within 12 to 16 months.

“Our new soft fabric gripper is thin, flat, lightweight and can grip and retrieve various objects — even from confined hollow spaces — for example, a pen inside a tube,” said Dr. Thanh Nho Do, UNSW Medical Robotics Lab director.

“This device also has an enhanced real-time force sensor which is 15 times more sensitive than conventional designs and detects the grip strength required to prevent damage to objects it’s handling.

“There is also a thermally-activated mechanism that can change the gripper body from flexible to stiff and vice versa, enabling it to grasp and hold objects of various shapes and weights — up to 220 times heavier than the gripper’s mass.”

Whilst most robotic grippers, including soft-robotic grippers, tend to take the form of claws or hands, Do’s gripper as a coiling “tentacle” is certainly unique, but also advantageous. He believes that grippers with inward bending claws or fingers are limited in a variety of ways, such has handling oddly-shaped objects, or not being able to grip objects wider than the gripper’s opening. With something more akin to an elephant’s trunk, a lot of these problems are resolved. Furthermore, Do’s gripper can adjust its gripping pressure.

“Many existing soft grippers also lack sensory feedback and adjustable stiffness capabilities, which means you can’t use them with fragile objects or in confined environments,” Do said. “Our technology can grip long, slender objects and retrieve them from confined, narrow spaces, as well as hook through holes in objects to pick them up — for example, a mug handle.”

This gripper is also scalable, owing to the relatively easy fabrication method. This is useful for making multiple grippers for handling multiple different objects. For example, a one meter long gripper could wrap itself around objects with diameters of up to 30 cm. On the smaller side of things, a 13 cm long gripper was good for objects of up to 3 cm in diameter.

“The gripper’s flat continuum also gives it superior contact with surfaces as it wraps around an object, while increasing the holding force.

“What’s more, the total heating and cooling cycle for the gripper to change structure from flexible to rigid takes less than half a minute, which is among the fastest reported so far.”

There is a provisional patent on this gripper, and the next steps and hopes is for the control of this device to be fully automated and integrated into existing robotic arms, removing the need for manual lifting and enabling the handling of heavier objects.