Artificial muscles based on multidirectional actuators for biomimetic fins. 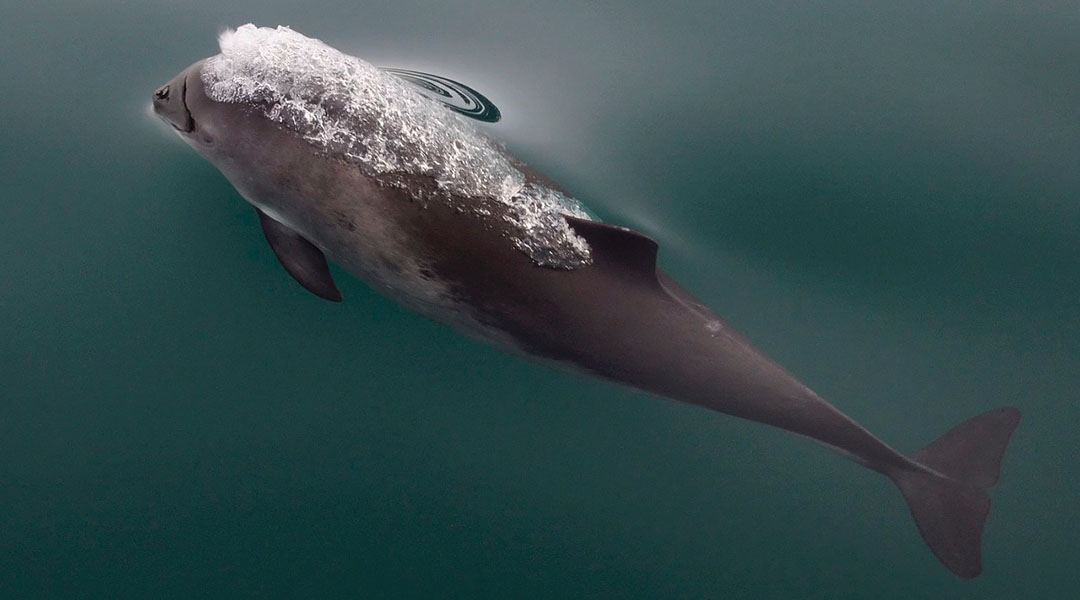 Artificial prosthetics are becoming smarter, offering near-normal function and enabling wearers to re-establish their sense of agency and independence. Research in this field has exploded in recent years, with scientists looking to create human–machine interfaces that help these prosthetics feel more and more like an extension of the body rather than a synthetic limb.

In order to achieve this, researchers have been striving to mimic the natural, fluid motion of biological systems in which movement is controlled by the contraction and relaxation of muscles.

Numerous advancements in the field of soft robotics have resulted in groundbreaking technologies; in particular, the development of artificial muscles has been gaining much attention as a viable route toward attaining fluid and independent movement in robots and prosthetics. 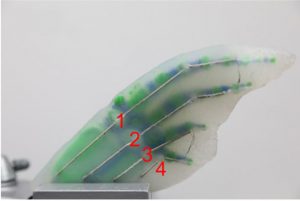 A team of researchers from the University of Nevada, Las Vegas has sought to develop artificial muscles based on multidirectional actuators, which have already been implemented in arm and finger prosthetics, wearable wrist orthosis for rehabilitation therapy, as well as torsional motors and energy-harvesting systems.

Multidirectional and torsional actuators, typically referred to as coiled polymer actuators (CPAs), are fabricated by inducing a twist into the precursor fiber. CPAs responds to heat by untwisting, mimicking muscle contractions, and various degrees of motion can be achieved depending on how the CPA is tethered and heated.

When one end of the CPA is tethered, heat results in twisting at the free end; when two ends are tethered and heated, the CPA contracts in the axial direction, and when only one section of the double-tethered CPA is heated, only the heated section untwists resulting in a torsional movement, much like a torsional spring.

The team sought to combine the functionality of CPAs with a biomimetic prosthetic inspired by the dorsal fin of harbor porpoise whales to create an efficient platform for the development of artificial muscles and the study of movement.

This species of whale was chosen because they are quick and agile, demonstrating excellent control over maneuverability. The objective of this study was to build a controllable artificial pectoral fin with artificial muscles to obtain a better insight on how to produce more efficient underwater devices, vehicles, and to learn how to manipulate fluid–structure interactions. 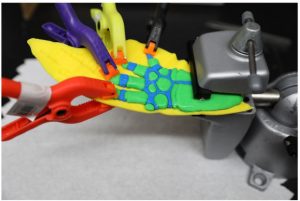 Method for adhering bone and cartilage to support structure with EcoFlex.

A soft-robotic whale fin was fabricated from data collected in CT scans and 3D printable materials. Acrylonitrile butadiene styrene (ABS) — a stiff plastic — was used to mimic bone, flexible NinjaFlex for cartilage, and both were encased in an elastomeric body made of EcoFlex.

The fin’s artificial muscles were made up of an array of CPAs lined along the surface, arranged to implement the desired degree and type of movement set by the characterization data of the fin. Cooling fluids to bring the CPAs back to room temperature are normally required, but since these robots are planned for aquatic environments, this circumvents the need for this additional component.

The fin was clamped at its base, and a displacement sensor tracked the location of the fin tip as the CPAs on each side were heated. Various degrees and control of motion were explored by varying the heat and number of CPAs to determine the optimal conditions required to create an efficient and operable robotic dorsal fin.

The study is an impressive step forward and the authors outline that future work will consist of flow-channel studies to monitor fluid–structure interactions, such as drag, lift, transition phases, and boundary layer control.

The team hopes that by understanding and learning to control and manipulate variables of motion, the application of these concepts could lead to efficient aquatic robots and vehicles.