Nair and colleagues demonstrate that a tumor vaccine can be formulated by loading RNA into whole blood cells directly after blood draw. 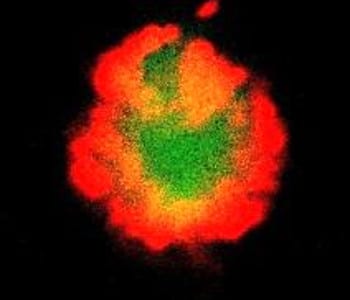 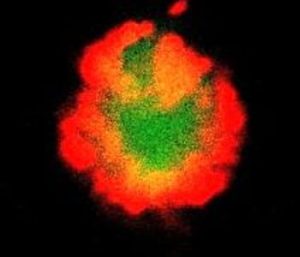 Nair and colleagues pioneered the use of RNA-loaded dendritic cells as cancer vaccines in 1996. Since then they, and many others, have shown that this is a safe and effective way to induce tumor-specific immune responses. Proof-of-concept studies in mouse tumor models were followed by phase I/II clinical cancer immunotherapy trials in patients with cancer. A major drawback of vaccinating with dendritic cells loaded with RNA is that the process is lengthy and expensive. It includes harvesting cells from the patient via leukapheresis, generating dendritic cells ex vivo from the adherent cellular population, loading them with RNA and injecting these RNA-loaded dendritic cells back into the patient.

Now, in new work published in Advanced Healthcare Materials, Nair and colleagues demonstrate that a tumor vaccine can be formulated by loading RNA (by electroporation) into whole blood cells (blood cells) directly after blood draw without the need for leukapheresis or any form of cell culture. Blood cells are composed of mostly erythrocytes (red blood cells, RBCs), including reticulocytes (0.7-1.3×107/mm3), thrombocytes (3-10×105/mm3) and leukocytes (5-12×103/mm3, such as dendritic cells, granulocytes, B and T cells). RBCs contain high levels of RNase inhibitors, are abundant and are ideal carriers of untranslated mRNA. The nucleated leukocytes can also be loaded with RNA which is translated into protein. Loading whole blood cells with RNA as a vaccine therefore delivers the encapsulated RNA in two forms: as protein following translation by nucleated leukocytes and as untranslated intact mRNA in RBCs.

The study demonstrates that mice immunized with whole blood cells loaded with mRNA encoding a melanoma antigen develop antigen-specific immune responses. Importantly, the therapeutic benefit in mice immunized with mRNA-loaded whole blood cells and those immunized with mRNA-loaded dendritic cells (the gold-standard for cell-based vaccines) was comparable. This approach has the potential to be an effective substitute to existing cell-based vaccinations. The authors believe that this approach will eventually reduce the cost of treatment and facilitate clinical translation of cell-based mRNA tumor vaccine as this novel vaccine strategy requires no cell purification, a processing time of 1-2 hours and can be injected within 2-3 hours. In follow-up studies they will define the cell population(s) in the whole blood cell vaccine responsible for mediating the therapeutic effect. Because the most prominent cellular population in blood is RBCs, the authors hypothesize that the RNA-loaded RBCs are biological delivery agents of untranslated mRNA to host cells, including dendritic cells. While the use of RBCs to deliver RNA to host cells has not been investigated, RBCs loaded with protein antigens have been used to deliver antigen to dendritic cells and other cells, which then stimulate immune responses. Follow-up pre-clinical studies using human blood cells are also ongoing in the lab.

Real progress made this year in the fight against malaria
Third shot of COVID-19 vaccine not justified, says research
Biomaterials researchers should include sex-based differences
Microneedle patch delivers antibiotics locally in the skin