The quantum computer named Jiuzhang was able to complete a task 100 trillion times faster than one of the world's fastest super computers. 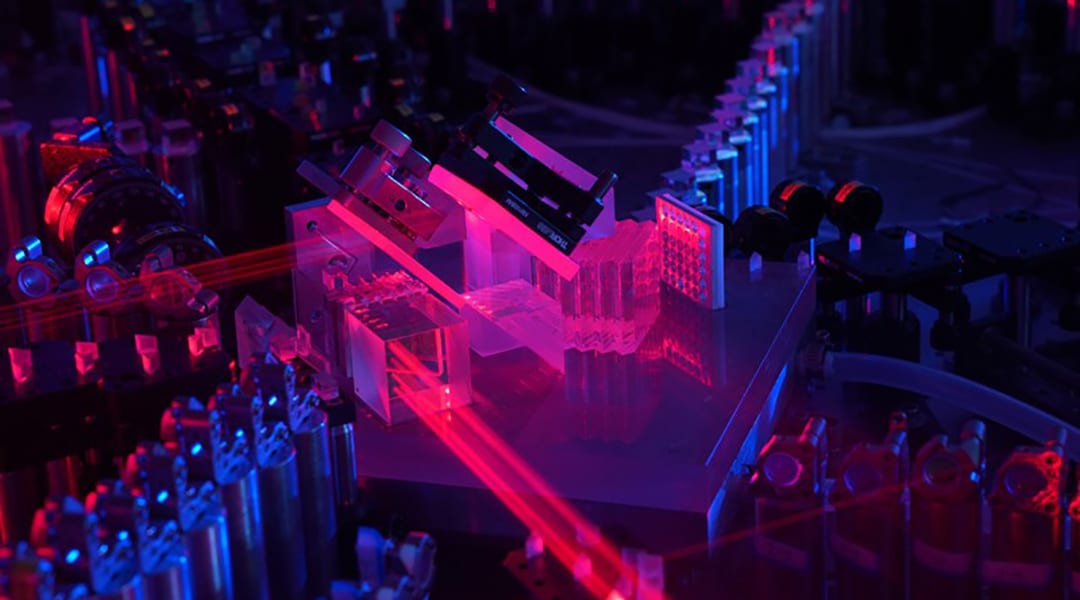 Image credit: University of Science and Technology of China

In an exciting new development, a team of researchers from multiple institutions in China claim to have achieved quantum supremacy (or quantum advantage) with their quantum computer called Jiuzhang, which was able to complete a task 100 trillion times faster than the world’s fastest supercomputers.

The race to build the first quantum computer capable of achieving quantum advantage has been heated in recent years, with Google claiming a success in 2019 when its prototype completed a calculation in minutes that its researchers estimated would have taken a supercomputer 10,000 years. That met the definition for quantum advantage — the moment a quantum computer carries out a task that would be otherwise impossible for a conventional computer.

While not seen as a replacement for the classical computer, quantum computers promise to revolutionize the way we store, transfer, and encrypt an endless amount of data, as well as solve otherwise impossible problems.

This is because quantum computers operate on the bizarre principles of quantum mechanics and the fact that they rely on qubits as their basic unit of information rather than conventional 1s and 0s. Where a binary computer can only exist in one state at a time, a qubit can exist in multiple quantum states simultaneously, allowing them to store enormous amounts of data and quickly reason through complex problems by exploring multiple solutions at the same time.

In their paper published in the journal Science, the team based mainly at the University of Science and Technology of China and led by Jian-Wei Pan reported a photon-based quantum computer capable of carrying out a specific type of calculation called boson sampling.

Boson sampling is a simplified model for quantum computing, meaning these computers are not broadly useful but are instead built for one purpose. While this of course limits their applicability, it makes them significantly more straightforward to build than a universal quantum computer.

Jiuzhang was therefore assigned a Gaussian boson sampling task, where it must calculate the output of a complex circuit that is based on the transmission of light. Here, photons (particles of light belonging to a class of particles called bosons) are beamed into the circuit and split using beam splitters and mirrors, resulting in multiple outputs which are represented by a distribution of numbers. The task is to determine the output of the system, which classical computers cannot do very efficiently.

Jiuzhang, which itself is a photon-based quantum computer, detected a maximum of 76 photons out of a possible 100 in one test and an average of 43 across several tests. Its calculation time was about 200 seconds, while the fastest Chinese supercomputer, TaihuLight, would have taken 2.5 billion years to arrive at the same result.

This makes Jiuzhang the second quantum computer in the world to achieve quantum advantage and represents a step forward for this budding field.

Although neither Jiuzhang nor Google’s superconductor-based prototype can be applied to real-world problems, these achievements are sparking hope that quantum technologies will one day become a reality. Of the many variants made available by competitors such as IBM, Microsoft, Amazon, and others, it will be interesting to see which technology prevails.