Red is the new green: Making polymers in wine

To bring down the cost of a conventional reaction, researchers are turning to green chemistry and wine to provide the right conditions. 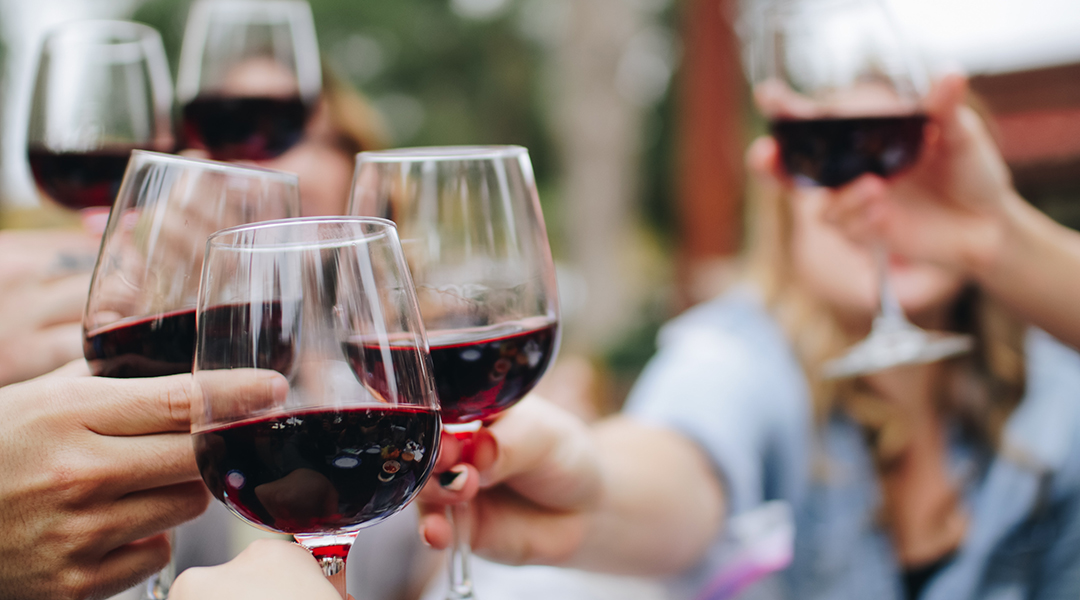 Any chemist will be familiar with green chemistry, which aims to minimize the carbon footprint and hazardous byproducts of both lab- and industrial-scale chemical processes.

“In general, green chemistry is the concept of designing and conducting chemical processes in such a way as to reduce the use and generation of harmful substances,” explained Paweł Chmielarz, professor and head of the Department of Physical Chemistry at Rzeszow University of Technology, Poland.

The concept is based on the twelve principles of green chemistry developed by Paul Anastas and John Warner in 1998, and is a framework for using environmentally friendly, non-toxic, and reusable reagents and solvents, as well as technologies that reduce energy consumption. “Green chemistry refers to the production of products with desirable characteristics with as little environmental impact as possible,” said Chmielarz.

Atom transfer radical polymerization (ATRP) is a conventional reaction used to produce long-chain polymer molecules that have had broad industrial application and are used to make anything from clothing and cooking ware to medical devices and implants since the discovery of ATRP by Krzysztof Matyjaszewski in 1994.

Inspired by green chemistry principles, Chmielarz and his colleagues have proposed a rather unusual solvent for an ATRP reaction — wine!

“Our proposed solution addresses the challenge of being able to synthesize water-insoluble polymers without having to use toxic organic solvents,” said Chmielarz. “[It] provides a green alternative to the possibility of polymerizing monomers that are not miscible in water.”

In these types of reactions, emulsions must be made which contain two imiscible liquids to help all the reacting partners dissolve in solution. This results in a reaction environment with two separate “phases”, which makes it easier for two reacting partners to come together (say two monomer molecules that come together to form a polymer chain).

The beauty of these types of atom transfer radical polymerizations is their ability to polymerize a wide spectrum of monomers in range of reaction media, such as untreated water, organic solvents, or ionic liquids. Naturally, says Chmielarz, the next step is to make them more sustainable.

The wine-based emulsion used in this study, recently published in the Journal of Applied Polymer Science, has the added benefit of not only providing an alternative to conventional solvents, but comes with its own built-in reagents. “A wine-based mini-emulsion [is] rich in chemicals, such as [antioxidants], that enable the controlled synthesis of polymers,” explained Chmielarz.

“Up to now, typical atom transfer radical polymerization procedures use water and require external or internal agents to ensure the regeneration of the catalytic complex,” he continued. The catalyst he is referring to is a copper complex that helps the reaction along.

To find the perfect pairing, the team tested a variety of wines, including a ruby, sweet wine, a white, semi-sweet wine, a dark red, dry wine, and a raspberry homemade wine. Each of the wines was priced up to about $7 US per liter, where a typical organic solvent, such as dimethylformamide, can cost over $200 per liter.

For all the wines tested, the team observed the formation of the desired polymers. Only polymerization in home-made wine did not yield satisfactory results. “In contrast to commercially available wines enriched at the production process stage with sulfites or ascorbic acid, the homemade wine used in the study — according to the manufacturer’s claims — contained no additives, and resulted in poor polymerization,” said Chmielarz.

It is the additives found in the commercial wine that helped spur the reaction on. Molecules, such as ascorbic acid and sulphates (all FDA approved), minimize the need for additional reagents and solvents, helping to reduce the overall toxicity of the polymerization process.

“It has been repeatedly shown that inorganic sulfites added to wine during the production process can effectively reduce Cu(II) [used to catalyze the polymerization], leading to the initiation of the reaction and resulting in the synthesis of well-defined polymers,” said Chmielarz.

Though the land and water use associated with growing grapes for these processes requires additional assessment to label to process truly sustainable, the approach is a step toward bringing down the cost of this process as well as realizing the tenants of green chemistry — allowing polymer chemists to put any leftover wine to good use.