A link in a long chain of achievements: polymer expert Krysztof Matyjaszewski. 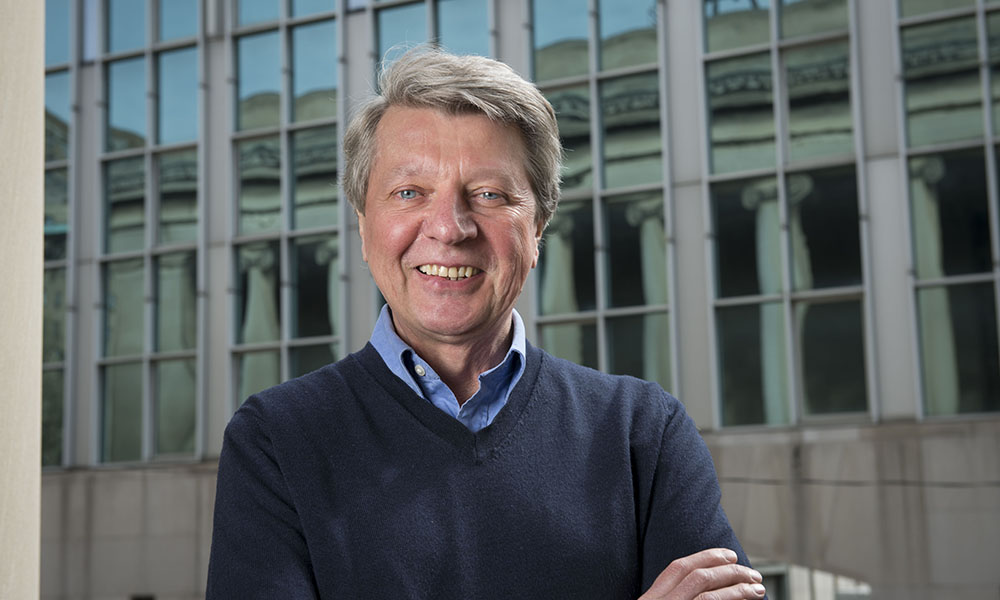 Polymer chemistry is one of the most important fields of science in the modern age. Our understanding of how polymers work in the mid-twentieth century led to a revolution in materials science, when, for the first time, chemists could fabricate materials with properties they wanted, rather than being constrained to what the natural world had on offer. Polymers have shaped and dominated the world around us ever since.

Professor Krzysztof Matyjaszewski is a world-leading polymer chemist based at Carnegie Mellon University, Pittsburgh, USA. Krzysztof had a promising scientific career from the start, graduating in 1972 with a B.S. and M.S. degree from Gubkin Russian State University of Oil and Gas—whose alumni include several notable mathematicians, as well as Vladimir Sorokin, one of the most popular postmodern writers in contemporary Russian literature—before pursuing a Ph.D. at the Center for Molecular and Macromolecular Studies of the Polish Academy of Sciences in Lodz.

But his most celebrated breakthrough came in 1994 when he and his group developed Cu-mediated atom transfer radical polymerization (ATRP), propelling him onto the international stage of polymer chemistry. Following this now well-used method for controlling polymerization reactions, Krzysztof continues to work at the forefront of polymer chemistry, hoping, he says, to “develop various hybrid materials by covalently linking ‘smart’ polymers with natural products and inorganics to get the best of two worlds.” Furthermore, what excites him most in his field is “precisely controlled polymers with minimal [challenges to the] environment.”

When away from the lab, he likes to read. Staying within his remit of expertise, his favorite recent read is The Alchemy of Air by Thomas Hager, because it “shows how chemistry can change the world and solve some great challenges we face.”

He doesn’t just appreciate the world of chemistry, though, saying he regards Darwin’s theory of evolution and Copernicus’ model of a heliocentric solar system as the most important scientific achievements of all time. Indeed, he would invite these great minds to dinner to discuss such subjects if he could, along with Albert Einstein.

It is not clear, however, if he would cook the dinner or just serve it; when asked, Krzysztof said he would be a waiter if not a scientist!

If you would like to read more about ATRP, be sure to read Krysztof’s excellent review on the subject in the Advanced Materials Hall of Fame virtual issue.