Scientists created a new chemical process that makes use of the widely available rare-earth metal cerium to improve the manufacture of nylon. 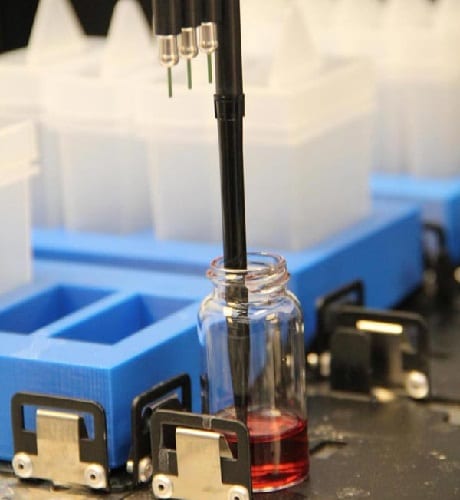 The Critical Materials Institute, a U.S. Department of Energy Innovation Hub led by the Ames Laboratory, has created a new chemical process that makes use of the widely available rare-earth metal cerium to improve the manufacture of nylon.

The process uses a cerium-based material made into nanometer-sized particles with a palladium catalyst to produce cyclohexanone, a key ingredient in the production of nylon. Traditional methods of producing cyclohexanone involve high temperatures and high pressure, and necessitate the use of hydrogen. 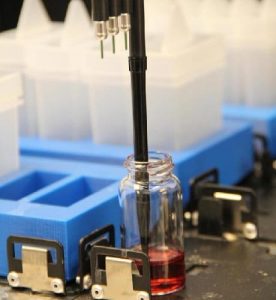 “After a lot of trials, we managed to find a reaction that works very well at room temperature and ambient pressure,” said CMI and Ames Laboratory scientist Igor Slowing. “That’s a huge advantage cost-wise. It’s more energy efficient, and requires much less hydrogen.”

The discovery is a rather unique way that CMI is addressing global concerns about the supply and demand of rare-earth metals.

“The research group focused on three or four different catalytic reactions used in high production volume chemicals, including this one for producing a precursor to nylon, which as an industry has enormous applications,” said Slowing, who is also an adjunct assistant professor of chemistry at Iowa State University.

At first that seems counter-intuitive to the research mission of CMI, which includes reducing reliance on rare-earth materials.

But rare-earth metals like cerium, which is as abundant as copper, are primary products of mining for other, more valuable rare-earth elements. With minimal demand for these abundant rare earths, they are stockpiled. Finding widely marketable uses for these stock-piled materials makes the best use of all mining resources, and improves the economic feasibility of mining overall.

Slowing said the technology also has other possible applications, like the treatment of biomass.