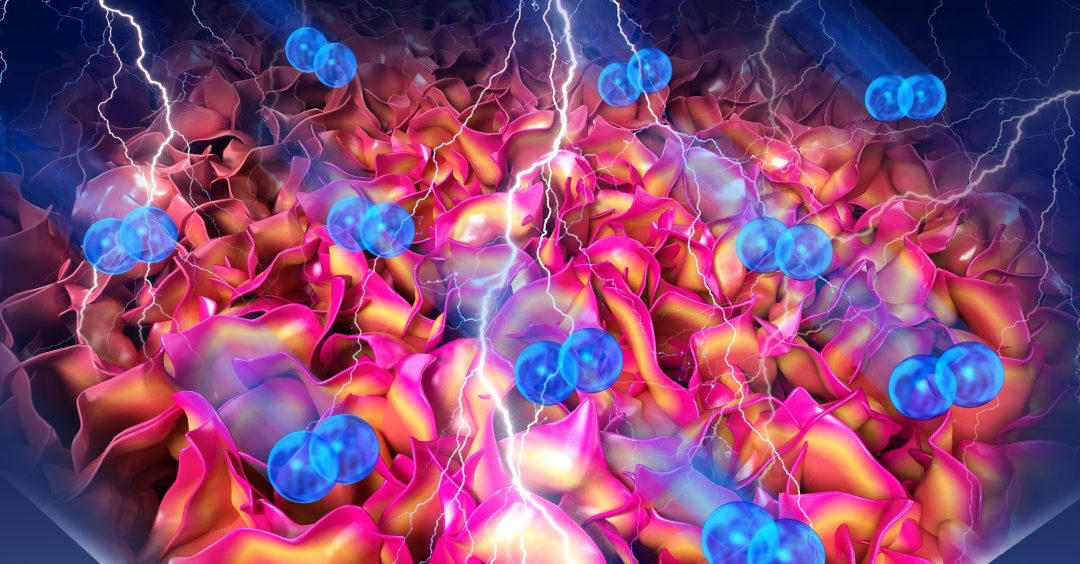 Fuel cells are emerging as a next-generation power system due to their high conversion efficiency, quiet operation, and low pollutant emissions. Among various types of fuel cells, polymer electrolyte membrane fuel cells (PEMFCs) and solid oxide fuel cells (SOFCs) are considered the most promising due to their absence of harmful or leaking materials. They operate at different temperature ranges: ≤100 °C for PEMFCs and ≥700 °C for SOFCs, which is due to the different ion-conduction mechanisms in the electrolytes between the two types.

Unfortunately, challenges remain in both temperature regions. The low temperatures of PEMFCs limit the choice of catalytic materials to Pt only, leading to higher manufacturing costs. There have been numerous attempts to find a viable substitute for Pt, but no remarkable discovery has yet been made. In SOFCs, the high activation energy of oxide-ion conductors (0.8−1 eV) dictates that only high-temperature operation leads to significant conductivity and catalysis rates. These high operating temperatures, however, also limit the application of these fuel cells and reduce their long-term reliability.

On the basis of fuel activation and material stability, the intermediate-temperature (IT) range of 300 to 600 °C has been accepted as the most desirable operating regime for fuel cells. Such temperatures provide sufficient thermal energy to allow the use of less expensive catalysts than Pt, but avoid severe damage to constituent materials. Protonic ceramics have attracted attention in this regard due to their high ionic conductivity at ITs. Protons incorporated into the lattice of those ceramics can be transported with activation energies as low as 0.5 eV or below, and can exist at temperatures much higher than the boiling point of water (100 °C). These features suggest that protonic ceramic fuel cells (PCFCs) may be superior to PEMFCs and SOFCs. 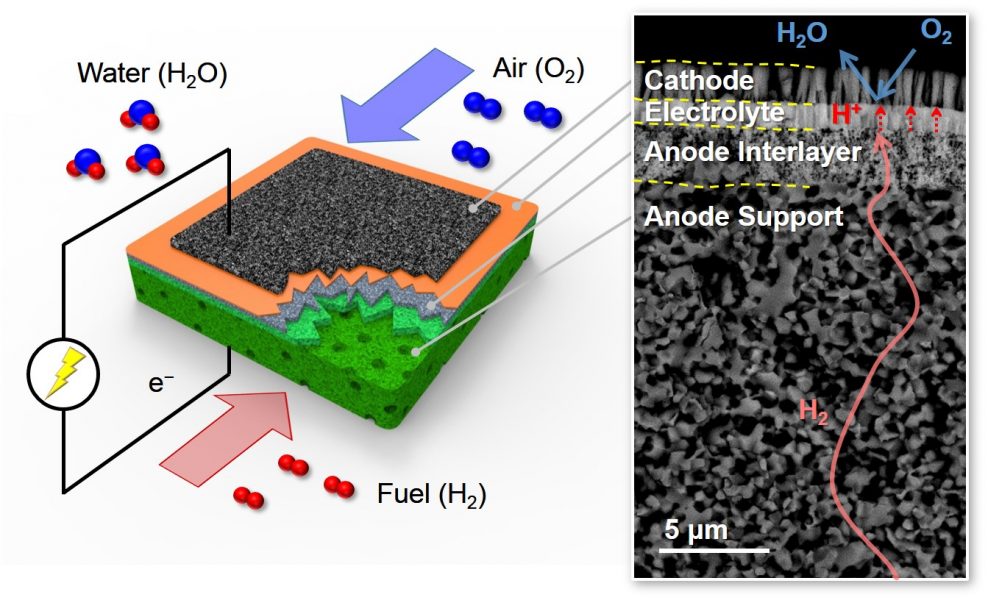 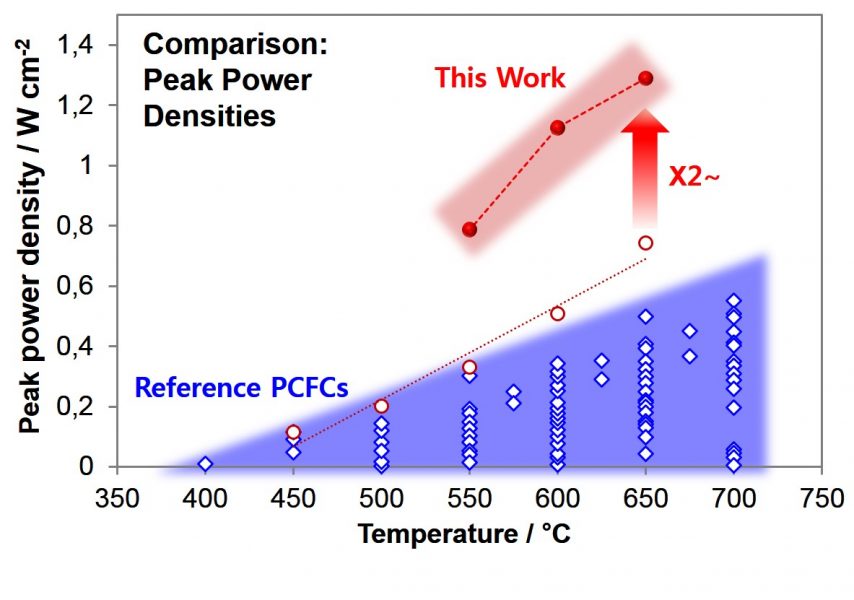 Peak power of the fuel cell was doubled.

optimising the charge transfer rate and achieving peak power densities over two times higher than those reported previously. This improvement has been accomplished using conventional constituent materials, indicating that there is plenty of room for further improvement when PCFC materials with higher performance are applied to the structure.

This finding takes PCFC research another step forward and suggests the real possibility of building a commercially viable energy conversion system. See the team’s analysis of the origin of this enhanced performance here, in Advanced Energy Materials.