New evidence suggests a hidden “intelligence” of a life-sustaining pathway. 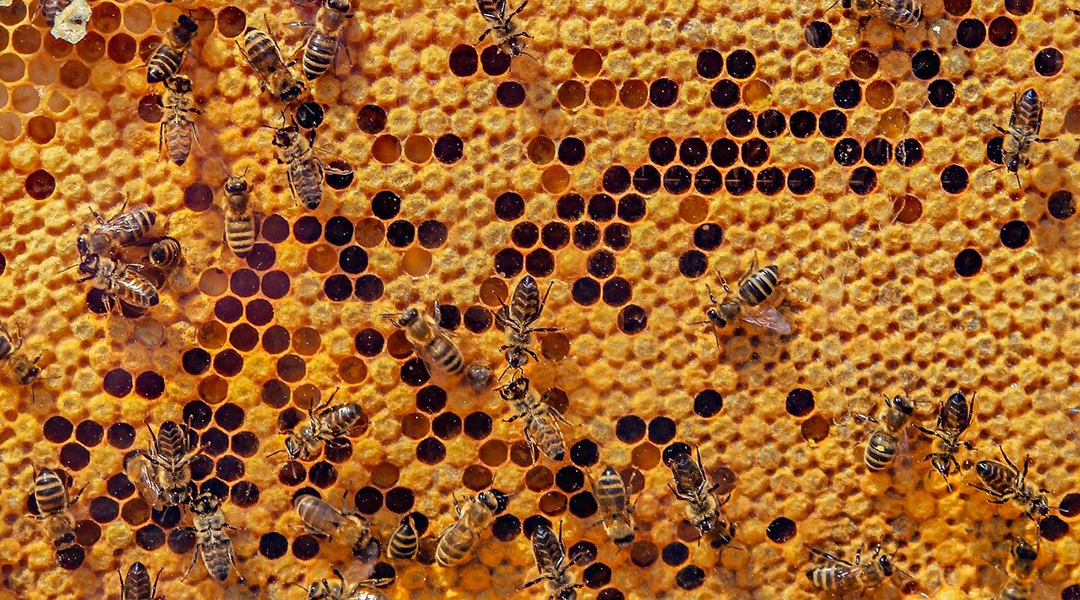 Collective intelligence or “hive mind” is a concept that intrigues scientists and the general public alike — think sci-fi movies like Avatar and Independence Day. Despite being a familiar paradigm in sociology and psychology, collective intelligence is seldom invoked in other arenas, such as biomedical research, where it is thought to be less relevant. However, recent thought-provoking studies in disparate fields suggest that perhaps this concept is more broadly applicable than assumed, challenging us to reassess basic perceptions of life’s fundamental processes.

Protein synthesis, or translation, is one such process. Responsible for producing the building blocks of life, translation is the most expensive cellular investment in terms of energy and resources. It is a colossal enterprise involving a multitude of distinct moving parts, all of which are intricately coordinated to serve a common purpose. In this sense, it can be envisioned as a cellular “hive mind” in the broadest definition.

Notably, however, the translation machinery has historically been preached as a single, static apparatus with invariable components. Constrained for decades by this restrictive framework, scientists struggled to come up with good explanations for how stressed cells continue to make proteins — as evidence reproducibly shows that the translation machinery as we knew it is inactivated during stressful situations for reasons not yet well understood.

A recent fascinating study in sociology found that during extraordinary times (like the ongoing COVID-19 pandemic), adhering to standard/pre-crisis operational procedures and organizational structures unsurprisingly leads to poor outcomes. In contrast, the ability to remodel leadership hierarchies and prioritize individual roles enables “adaptive collective intelligence”, which vastly improves performance and success in response to fluid environments.

From a broader perspective, this idea of alternative systems and network plasticity resonates strongly with what we and others recently discovered in the seemingly unrelated field of protein synthesis. Specifically, the paradigm of alternative translation machineries recently emerged as a foundational adaptation to varying conditions.

For instance, we found a unique protein synthesis machinery activated specifically by hypoxia (oxygen deficiency), a hallmark of maladies including cardiovascular disease and cancer. Adaptively switching to this hypoxia-specific translation machinery from its “standard” counterpart allows eukaryotic cells to produce proteins required to survive hypoxia. This cellular “Jekyll and Hyde” scenario where specific assets lie dormant and rise in prominence only during unique situations to promote survival parallels the concept of adaptive collective intelligence at the sociological level.

And just like the common trope in science fiction where hive minds can access memories of those that came before it, we recently found that the collective intelligence of protein synthesis possesses the ability to call upon ancient “memories” of ancestral organisms retained across evolution to produce key proteins during times of hardship. Case in point, eIF5B (as it is known in humans) is an archaic protein whose origins can be traced back billions of years to the last universal common ancestor, which evolved under anaerobic (complete lack of oxygen) environments. Conserved in all extant species from bacteria to mammals, this protein plays a key role in synthesizing proteins when oxygen becomes scarce.

It is indeed fascinating that even though humans absolutely require oxygen as an organism, the collective consciousness of protein synthesis faithfully preserved specific genetic instructions to allow individual cells and tissues to survive during periods of oxygen deficiency. From a broader perspective, this adaptive hive mentality echoes the revolutionary paradigm that gene functions often can only be illuminated when specific conditions are met in which the gene products are active.

Our cells enlist a “hive” of over 100 components to build the core translational machinery alone, yet historical studies largely focused on individual factors, missing the forest for the trees. Seeking to illuminate the networked intricacies of this collective intelligence, we developed a platform to capture unbiased bird’s-eye views of protein synthesis machineries. This technology illuminated complex, evolutionarily conserved “hive networks” that support this critical life-sustaining process. Consisting of RNA-binding proteins and non-protein coding RNAs, synthetic biologists and protein engineers are actively studying these diverse factors, leveraging their exquisite specificities and stress-responsiveness to improve targeted therapies including immunotherapy and genetic reprogramming.

Together, these discoveries transform our understanding of protein synthesis from a static monolith to an adaptive cellular “hive mind”. Looking forward, important challenges include deep dives into the underpinnings of this collective intelligence. For instance, what are the hive “brains” that sense and activate these alternative machineries? More practically, how does this new perspective play into ongoing strategies that aim to disrupt “standard” protein synthesis as treatment for cancer and viral infections?

The collective intelligence and efforts of biologists and clinicians will be required to answer these key questions in human health and disease.