Exoskeletons of tree-dwelling and terrestrial beetles differ in their structural-mechanical properties and have inspired the design of new composite materials used for bioengineering. 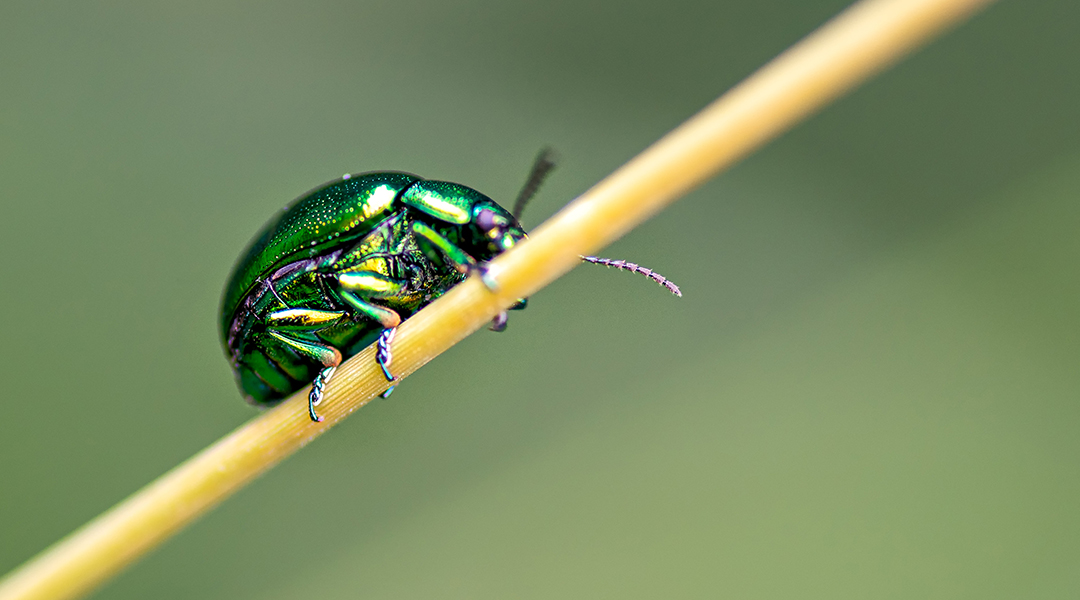 Hidden within brush and tall plants are small beetles that hold the key to next generation composite materials in bioengineering. A new study by researchers at University of California Riverside explored the structural-mechanical properties of the elytra of two different beetles.

Elytra shield the wings of beetles with unique characteristics found in different species. The tree-dwelling beetle, for example, has flexible elytra with a thinner and less rigid exoskeleton layer, given that it spends most of its time in the air. The terrestrial beetle, on the other hand, dwells on the ground and therefore has a thicker and denser exoskeleton to better avoid predators. The two vary in how they protect themselves as a result of their differing environments.

Composed mostly of Alpha chitin fibrils — the skeletal support systems of arthropods — elytra in both beetles have varying toughness, strength, and flexibility. Inspired by the exoskeletons of the beetles, the team led by David Kisailus studied the exoskeletons of both flying and terrestrial beetles to explore how the “architectural and compositional factors influence the mechanical response of these biological composites and provide design guidelines for next generation composite materials”.

To test the mechanical properties of elytra and their protective properties, the researchers performed local puncture tests by applying different pressures on the insects’ exoskeletons to understand their range of resistance and tolerance for pressure. It was found that the tree beetle had little resistance to high pressure forces while the terrestrial beetle had an even stronger protective elytra when it experienced simulated biting, piercing, or pecking than originally predicted.

“[The] investigation and comparison of architectures and compositions from both flight capable and incapable beetles could serve as valuable lessons in designs for unmanned aerial vehicles versus ground-based structures or personal protective materials,” said the authors in their study.

Improving the Fate of Transplanted Cells
A powerful underwater glue inspired by barnacles and mussels
Could Beer Waste Power Your Home?
Brain implants with a short and sweet solution