PROTACs (proteolysis-targeting chimeric molecules): A review and discussion of the technique and its application to therapies and drug discovery. 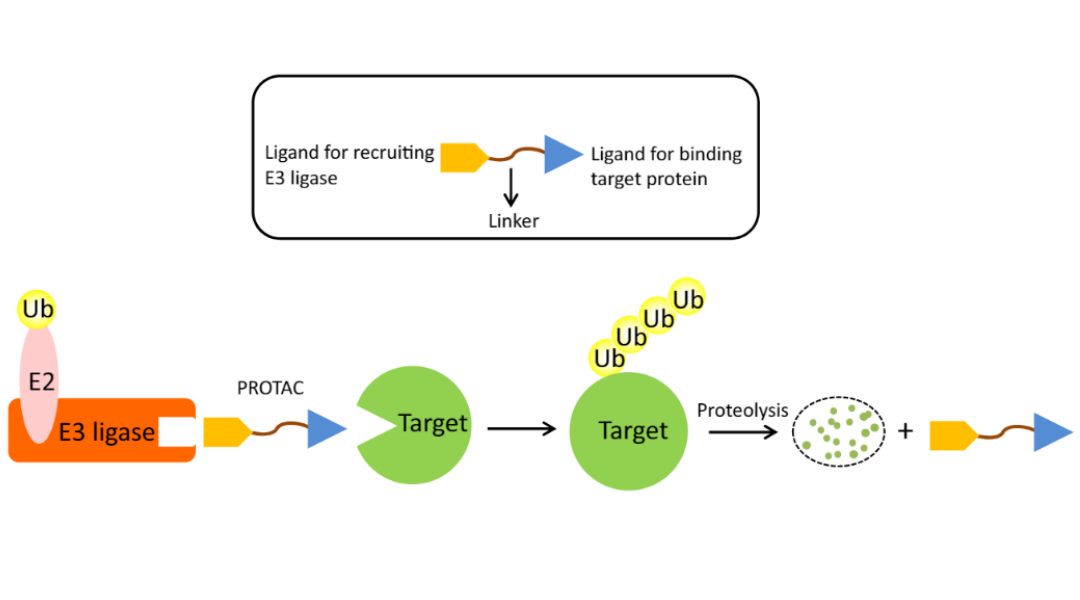 The development of efficient cancer treatments is often hindered by the fact that many proteins such as transcription factors and scaffold proteins cannot be targeted and inhibited by small molecules. These proteins have therefore been considered “undruggable” targets. In their review published in BioEssays, however, Shanshan Gu et al. discuss a technique termed PROTACs (proteolysis-targeting chimeric molecules) that is able to overcome this limitation.

a) A PROTAC molecule: a ligand, a linker, a ligand. b) The PROTAC-assisted mechanism.

One limitation of this technique that has to be overcome is the poor cellular permeability of PROTAC molecules. However, modifying the peptide ligands or replacing them with small molecules to improve permeability has led to the development of cell-permeable PROTACs.

Another variation is all-small-molecule PROTACs. This techniques makes use of using small molecule ligands to recruit both the target protein and the E3 ubiquitin ligase. As already briefly mentioned above, this leads to better cell permeability and also to better stability of the PROTACs. A variety of different small molecules have already been identified that are able to bind to various E3 ubiquitin ligases, e.g., nutlin or methyl bestatin.

Recently, an advanced PROTAC technology was developed, namely CLIPTACs (in-cell click-formed proteolysis-targeting chimeras). In contrast to PROTACs, the binding domain for the E3 ubiqutin ligase and the binding domain for the target molecule are initially present on two different molecules. These individual precursors have a lower molecular weight than regular PROTACs and therefore show improved cell permeability. Upon sequential administration of the two precursors, a functional PROTAC complex is formed in the cell.

In all, the PROTAC technology provides an interesting new approach for specifically eliminating disease-causing proteins, especially those that have previously been classified as “undruggable”.