A symmetric triblock copolymer based on telechelic poly(propylene oxide) and end-functionalized ionic liquids is multi-stimuli responsive. 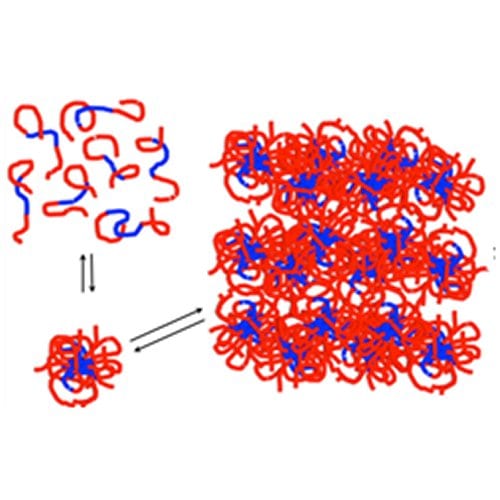 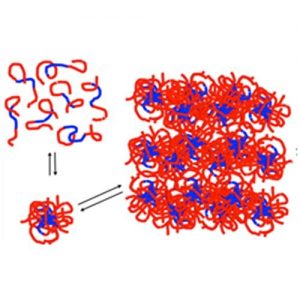 While the incorporation of ionic liquid monomers into polymers has recently received increasing attention, ionic liquid-based block copolymers have been studied much less. Some stimuli-responsive systems with potential applications as dispersion agents or coating materials have been reported in the past.

Finally, this new triblock copolymer also exhibits thermoreversible gel formation by warming through an LCST (lower critical solution temperature), adding a new class of block copolymer to the group known to exhibit thermoreversible behavior. The structure of this gel phase has not been established yet, but it most likely is a lyotropic liquid crystalline phase of poly(ILBr-b-PO-b-ILBr) micelles. This gel phase may be used to template new zeolites.