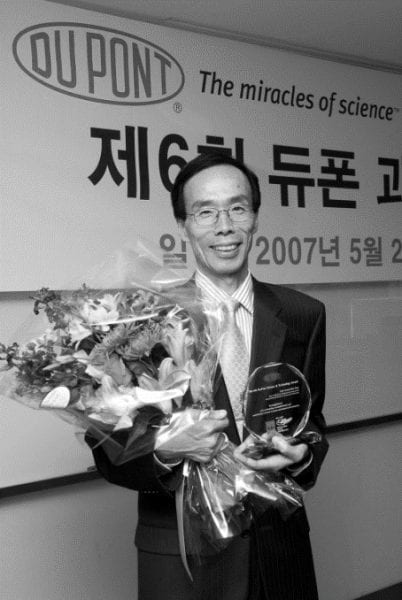 Prof. Seung-Man Yang passed away on September 26th, 2013 at the relatively young age of 63. He was an executive board member of Particle & Particle Systems Characterization, an outstanding scientist in the fields of chemical engineering and soft matter physics, a wonderful mentor, a devoted husband, and a caring father.

Seung-Man Yang was born in Seoul, Korea on June 13rd, 1950. He received his BS degree from the Department of Chemical Engineering at Seoul National University in 1976 and completed his MS degree at the Korea Advanced Institute of Science (now Korea Advanced Institute of Science and Technology or KAIST) in 1978. In 1985, he received his PhD degree from Caltech under the supervision of L. Gary Leal (now at UCSB). And in 1985, he joined the Korea Institute of Technology (now KAIST) as a faculty member. Prof. Yang started his own research group in 1990 and has mentored 32 PhD and 31 MS students.

Since 2006, he served as the director of ‘NCRI Center for Integrated Optofluidic Systems’, which is funded by the ‘National Creative Research Initiative’ – a prestigious research program for exceptional scientists in Korea.

He authored over 230 peer-reviewed papers and a large number of books and patents.

Based on the solid foundation of fluid mechanics, Prof. Yang’s research group focused on theories and experimental studies of the rheology of structured fluids including surfactant solutions and colloidal dispersions during the early half of his research period. Starting from the late 90s, the group had expanded the research into investigating optical and electrical properties of structured materials at nano- and micro-meter scales. Prof. Yang made seminal contributions in droplet microfluidics, colloidal photonic materials, and colloidal lithography. From 2006, the group integrated the photonic materials of photonic crystals and plasmonic structures into microfluidic systems, which creates a unique field of optofluidics. The optofluidic technologies have provided the platform for continuous synthesis of smart materials and highly-sensitive detection of biomolecules and chemicals.

Seung-Man Yang possessed relentless passion for research and showed unlimited devotion as a mentor and a teacher to all of the students in his research group and in classroom.

We have lost a great scientist, a mentor, and a friend. He will be sorely missed.