A model to predict degradation of lithium metal batteries at rest and the electrolyte composition over time is developed. 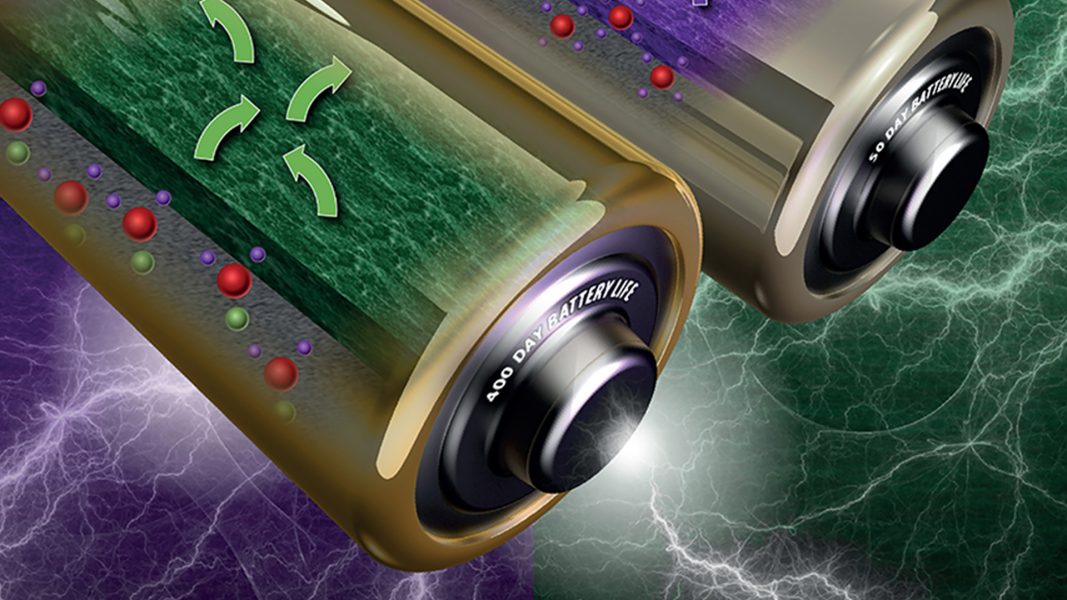 Lithium-ion battery usage has grown exponentially over the past 25 years as consumers find them in an increasing number of handheld and wearable electronic devices, as well as electric vehicles. Meanwhile, graphite anode materials have not changed during this time and has begun to reach its technological limits, which prevents further advancements in battery capacity. A promising replacement for graphite is lithium metal, which has more than ten times the capacity of graphite, and would allow for the development of smaller, longer-lasting batteries.

The industrial application of lithium anodes was investigated more than 40 years ago, but the results reported safety issues and low Coulombic efficiency due to the high reactivity of lithium. Lithium metal battery research was abandoned in favor of graphite, which is safer and more stable over long timescales. Recently, however, lithium metal research has experienced a renaissance owing to consumer demands for higher capacity batteries. 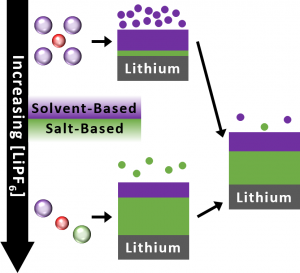 Most lithium metal research focuses on suppressing dangerous dendrite formation and improving Coulombic efficiency during cycling. However, because of lithium’s high reactivity, lithium metal batteries suffer from degradation even at rest when no current is being passed, which is known as ‘calendar aging’. The lithium metal and electrolyte react with each other to form a layer of degradation products on the surface of the lithium, known as the solid electrolyte interphase (SEI) layer. Portions of this layer dissolve and reform over time, consuming the limited lithium and electrolyte components within the battery and causing the battery to age prematurely. This aging becomes an important factor immediately after batteries are manufactured, with the batteries potentially losing a significant portion of their capacity during storage before they are ever used.

While battery researchers and developers work to improve lithium metal safety and efficiency during cycling, attention should also be paid to the calendar aging process as it is an important part of a battery’s life cycle. The researchers hope their new model will be used to guide cell engineering decisions such as electrolyte volume and composition in order to maximize both shelf life and battery performance.