Polymers for Use in Wound Closure

Polymers could provide the basis for alternative wound closure options that are more effective and less painful than the traditional sutures or staples. 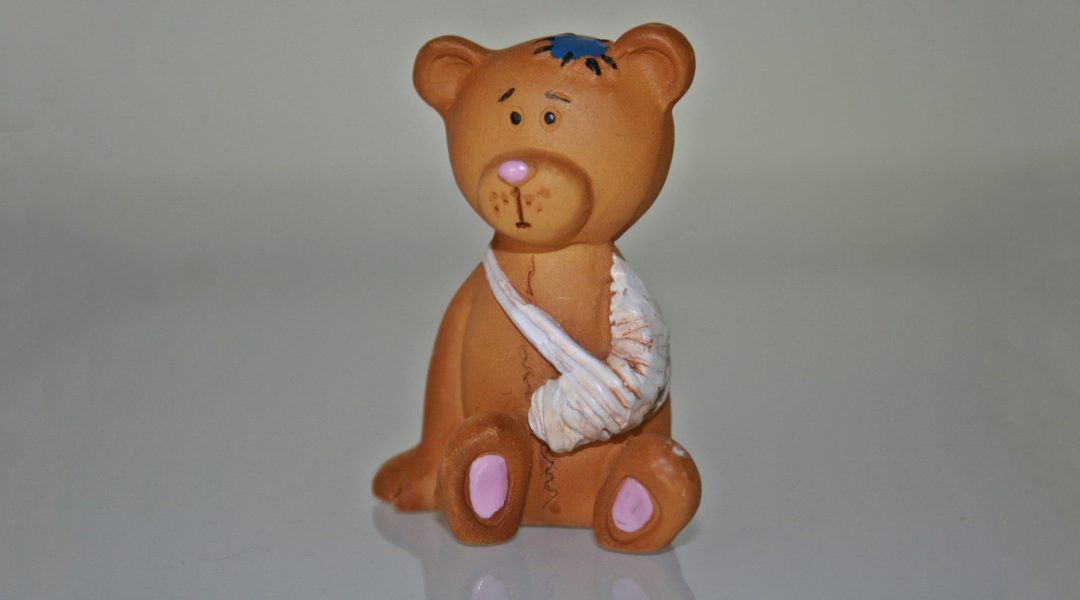 One of the areas of medicine constantly being studied for improvements is wound closure. The most conventional methods of wound closure involve physically perforating materials such as staples or sutures; however, these have numerous shortcomings. Not only do sutures or staples run the risk of getting infected, they may also cause continuing pain for the patient. Additionally, they may not be the most effective closure method, and could even allow unwanted leaks at the site of closure.

An alternative to sutures and staples is a group of materials called biomedical adhesives, which are nonmetallic materials used to join two tissue surfaces through bonding. The tissue surfaces being joined can be hard, such as bone, as well as soft, such as those tissues of the intestines. There are two major forms of conventional biomedical adhesives: fully synthetic adhesives and protein-based adhesives. Both forms present their own difficulties. The fully synthetic adhesives are not usable for internal soft tissue because the adhesive layer formed is stiff and the curing process requires too much heat. Protein-based adhesives utilize a crosslinking agent that may pose some safety concerns. As such, a biomedical adhesive without these shortcomings would be beneficial to the surgical and medical communities. 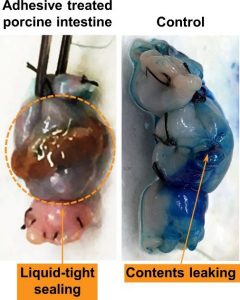 In their study, Minkyu Kim and colleagues focused on a specific novel bioinspired adhesive for use in intestinal anastomosis. Intestinal anastomosis is a medical procedure that involves the surgical removal and subsequent reconnection of intestinal segments, and can be performed to remove intestinal tumors. Traditionally, sutures are the method used to reconnect the intestinal tissue. In addition to the shortcomings mentioned earlier, sutures carry the risk of potential anastomotic leakage, which is the leakage of intestinal contents into the peritoneal cavity.

The adhesive Kim and colleagues utilized in their study contained 3,4-dihydroxy-L-phenylalanine, or DOPA, which has a structural component called a catechol group that is responsible for the adhesion properties of DOPA. This catechol group has strong wet adhesion properties, a key feature for an adhesive that will come in contact with bodily fluids such as blood and mucus. Also present in the team’s novel adhesive was a zwitterionic polymer, used as the base polymer, useful for its water-loving and biocompatible properties.

The new bioinspired terpolymer adhesive synthesized in this study provided an effective and water-tight physical barrier to prevent leakage in intestinal anastomosis. The team tested their new adhesive both in vitro and ex vivo using porcine tissue and found it was not toxic to living cells. They discuss that future studies will determine the effectiveness of their adhesive in vivo, protecting live animals from leakage complications.