A new white paper “Polymer Research in Germany” is published by the division of macromolecular chemistry of the German Society of Chemistry (GDCh). 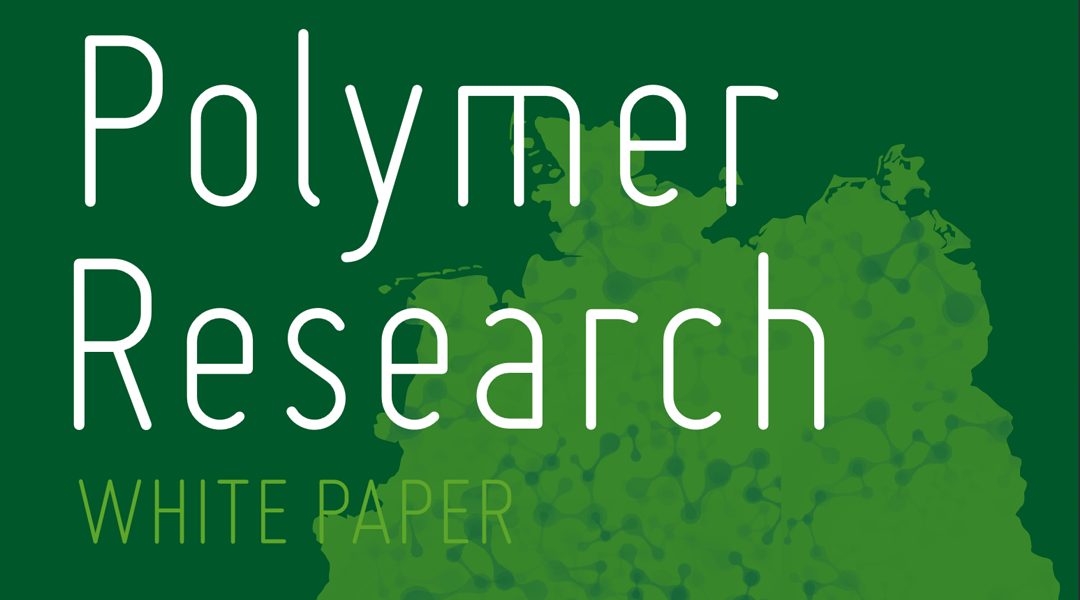 A new white paper “Polymer Research in Germany”, published by the division of macromolecular chemistry of the German Society of Chemistry (GDCh), and supported by more than 130 professors as well as industry representatives and a range of scientific divisions. 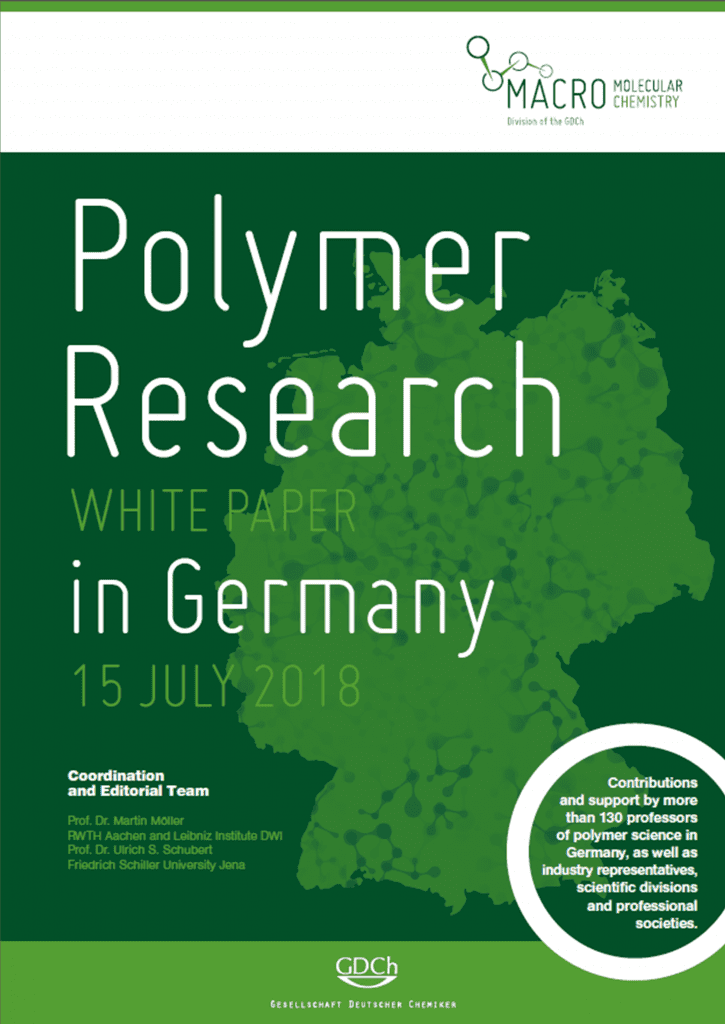 The task of this white paper on polymer research is to contribute to shaping and promoting the research field, and to draw attention to the expansion and integration of other sub-fields to one large scientific field of “Molecular Materials and Polymer Science”, which has already been initiated.

The coordination was performed by Prof. Dr. Ulrich S. Schubert (Friedrich Schiller University Jena) and Prof. Dr. Martin Möller (RWTH Aachen and Leibniz-Institute DWI). The PDF (in German and English) can be found at the website of the division of macromolecular chemistry: www.macrochem.org/positionspapier.

The authors are convinced that this is one of the most exciting and most influential scientific fields of the 21st century. However, due to its interdisciplinary interconnection its advancement represents a challenge for universities and research institutes, and also for the future development of competitive support structures.

The verbalized future perspectives are first and foremost addressed to scientists, with the goal of promoting interdisciplinary cooperation and convergence, but also to associations, the media, and funding agencies and supporters to illustrate the general importance of the progress perspectives on a larger scale.