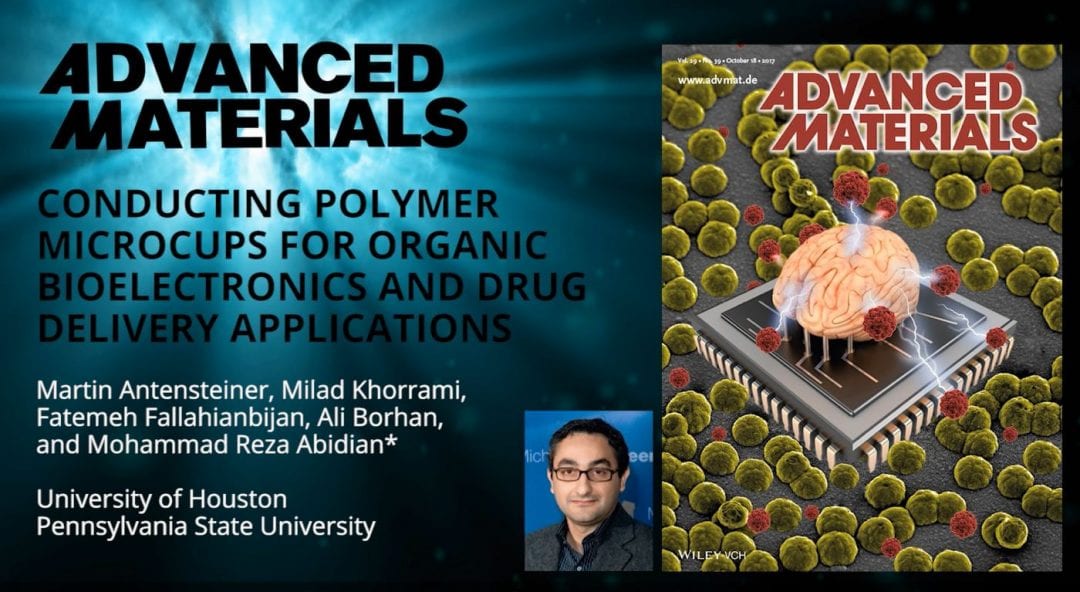 Biological matter is intrinsically organic and mostly soft. This is also true for nerve cells, which use electrical signals to detect sensations and control muscles. In contrast, electronic components are usually inorganic and rigid. Although both systems are electronically compatible, new artificial organic materials are needed to achieve neural devices with long-term stability.

Release of the drug dexamethasone from the microcups into water occurs in two phases—after a burst release of more than 65% within 2 hours, 10–15% undergoes sustained release over 250 hours. This sustained release phase does not depend on the deposition charge density or microcup morphology. Instead, release kinetics represent the release from a poly(pyrrole) film—which accounts for the majority of the surface area. In contrast, the initial burst release increases with deposition charge density and thus surface roughness and surface area.

To find out more about these size-tunable, conductive polymer microcups, please visit the Advanced Materials homepage.